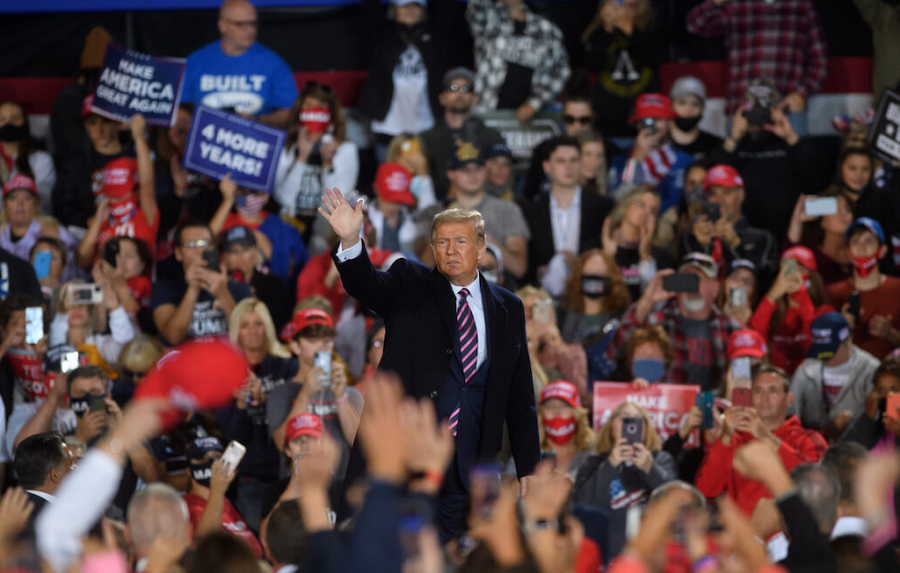 Let me ask: are Republican leaders framing the election properly?  Are they doing a good job describing what’s at stake in this election?  I believe they can do better.  In fact, they must do better.  Here’s why and how.

This is a regime decision; a way of life election. One way of life, the traditional American way of life, is based on individual rights, rule of law, and a shared understanding of the common good. Government’s role is to create the conditions for freedom to flourish.

The other way of life I call “multiculturalism” or “identity politics.” This way of life assumes that society is made up of identity groups, all of which are oppressed by white males. Government’s role in this regime is to create equal income and power for each group.

As should be immediately apparent, achieving this kind of “outcome equality” requires a never-ending redistribution of wealth and power. This can only be achieved by a tyrannical form of government. This is to say, multiculturalism, which has taken over the Democrat Party, constitutes a revolutionary movement.

I do not mean a metaphorical revolution. It is not like a revolution; it is a revolution, an attempt to overthrow the American Founding as President Trump said in his excellent Mt. Rushmore speech. Republicans should say the same thing. Republicans everywhere, at every level and at every opportunity.

In order to defend the American way of life, Republicans must disabuse the public of the notion that Black Lives Matter cares about black lives.

“Absolutely, black lives matter. They just don’t matter to you. You don’t care about Mr. Floyd, the black businesses you have destroyed, or the blacks who are getting killed because you have forced the police to back off. These blacks are just abstractions to you. Their tragedies are just a prop for your agenda. You’re here for destruction. Not black lives, not any lives.”

And then Republicans must explain how the revolution works. Specifically, they must explain that the revolution is being led, not by Black Lives Matter or Antifa, but by the left-wing of the Democrat Party which has used the BLM-Antifa riots to move farther and faster than it otherwise could have moved.

The left-wing, let’s call it the “BLM-Antifa wing,” has taken over the entire party. Most Democrats, though not themselves revolutionaries, go along. Joe Biden is one of the “go-along BLM-Antifa Democrats.”

Their policy agenda is clear: reparations, socialism, endless affirmative action, open borders, confiscation of guns, and so forth.

But the revolution goes deeper. BLM-Antifa Democrats understand that if they are to achieve their policy agenda then they must get us to change our values and principles and the way we understand ourselves.

They must get us to believe that national borders and colorblindness are racist; that we are not one culture but many; and that the most important thing in our history—the thing around which all else pivots—is slavery.

More extensively, they must get us to believe that we are unworthy—not just that we have sinned (which of course we have)—but that we are irredeemably sinful, or, in the language of today, “systemically racist.” And sexist, homophobic, Islamophobic etc. to boot. The BLM-Antifa Democrats (quite reasonably) assume that once Americans accept their guilt they will accept the BLM-Antifa Democrat policy agenda.

Republicans cannot let that happen. They must assert—loudly and often—“no, America is not racist.” Period. The American people need to hear what they know in their hearts: They are not racists.

Americans also need to hear that America is “incredible,” to use President Trump’s adjective of choice. Republicans must remind the American people that America has brought more freedom and more prosperity to more people than any country in the history of mankind. Period.

In order to change American values and principles, the BLM-Antifa Democrats must destroy, or radically restructure, the institutions that teach these values: family, religion, education, and community life. We are engaged not in a policy war but in a culture war. This is where the real action is. Republicans are missing in action.

Republicans should use BLM-Antifa riots to show that the Democrats wish to destroy traditional marriage and religion, rewrite America’s past, further encroach into community life, insist on even more affirmative action and the teaching of the America-is-evil narrative.

It should not be difficult to tie this radical agenda to the Democrats. After all, the riots were never a popular uprising; rather, they were always the work of elite Democrats:

That is, state and local Democrat officials who permit, even egg on, the rioting; the Democrat media which looks the other way; Democrats’ largest contributors, major corporations and their leaders, who have given billions upon billions of dollars to BLM-Antifa, and more recently, leading national Democrats who are, in effect, giving BLM-Antifa permission to riot because President Trump nominated Judge Amy Coney Barrett to fill Justice Ginsburg’s seat.

Republicans must make it clear that these are the “Biden riots.” After all, enter http://antifa.com or www.antifa.com in your browser and you’ll be connected to https://joebiden.com/, the Biden-Harris campaign website.

For Biden has embraced the agenda of the BLM-Antifa wing of his party. Just listen to him. “Let’s be clear, transgender equality is the civil rights issue of our time,” he said. A year ago, he may not have even heard of transgenderism. In the debate on Tuesday (9/29), he even denied Antifa’s actual existence – “Antifa is only an idea,” he said.

Biden now regularly talks about “systemic” racism. On one occasion Biden said, though without evidence, there is “absolutely systemic racism in law enforcement [but] it’s not just in law enforcement, it’s across the board. It’s in housing, it’s in education…It’s in everything we do.”

He is wrong on every count, but if indeed he believes that racism is in “everything we do,” that it is systemic, then, whether he realizes it or not, he is calling for the overthrow of the American way of life. I presume that is not his intent, but when the words that he is reading off his BLM-Antifa teleprompter get translated into policy, that will be the consequence—the destruction of the American way of life.

There is nothing to fear from Biden says Biden: “Do I look like a radical socialist with a soft spot for rioters?” No, he does not in appearance, but what he does look like is a sap, a puppet being played by his handlers, like Kamala Harris who gives money to post bail for BLM rioters, some of them alleged murderers.

Also, Republicans should give more support than they do to President Trump’s efforts to beat back multiculturalism. Trump thinks our culture is “incredible” and that’s the way he wants to keep it, as evidenced by, among many other things, his recently issued executive orders banning the teaching of “Crtical Race Theory,” the America-is-evil narrative in administrative agencies, and instead establishing a national commission to promote patriotic education.

I know Trump has many faults. And yet, we are very lucky to have him. In these times—these revolutionary times—he is the best president we could have had.

No other national Republican leader can hold a candle to President Trump. Is having him Providential? How else to explain that we find ourselves with this most unusual, most unpresidential man who has just the attributes most needed for this moment?

He has the indispensable attribute of a leader: courage. As a leader must, he goes where others are afraid to go. He has common sense, which means he generally wants to go to the right place. And he is a fighter.

Above all else, and above anyone else, Trump is committed to America. He is unreservedly, unquestionably pro-America. He feels no guilt for America’s past. He makes no apologies. He concedes nothing. And Trump has unlimited confidence in Americans. In this time of woke guilt and doubt, this is just what the doctor ordered.

If we want to save our way of life, then we should support him—unequivocally. I am. I am giving many times more than I would in a normal election cycle. This election is that important and President Trump is that good.

Remember, Trump versus Biden is the choice between a man who believes America is good and a man who does not.

Thomas D. Klingenstein is a principal in the investment firm of Cohen, Klingenstein, LLC and the chairman of the Board of Directors of the Claremont Institute.