THE BEST INVESTMENT APPLE COULD MAKE 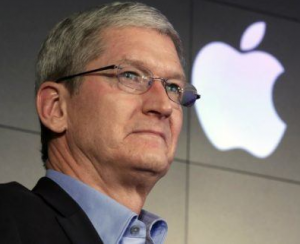 [ssba]Why would the Irish government argue against receiving $14.5 billion (yes that is a billion with a B) in income taxes that the European Union says Apple owes it?

The amount is greater than the entire Irish budget, yet they are saying, “No thank you.” Both the EU and the Apple executives, including CEO Tim Cook, have engaged in tax malpractice – the latter in a very different way than the former (see below).

Politicians love the corporate income tax because it is a hidden tax, while good economists loath it. The politicians can claim they are taxing the evil companies, ignoring the obvious fact that a corporation is nothing more than a legal way of doing business and that all taxes ultimately fall on individual people.

Prudent people save some of their after tax income, and may purchase corporate stock. If the corporation earns a profit, it pays a corporate profits tax. The stockholders then pay another tax on the dividends they receive from that same stream of already taxed income.

If investors sell their stock at a higher nominal price than they bought it for, they pay a capital gains tax on the “profit,” even though much or even all of the price increase is due to inflation — which is not income.

If the corporate income tax is zero, as it is in some countries, corporations would have more money to invest in R&D and new plant and equipment, enabling them to produce more at lower cost, benefitting their customers.

The companies would also have more money to hire more workers at higher wages, all of whom would pay more personal income tax to the government. And finally, the corporations would have more money to pay more dividends, which are also taxed at the individual level.

Over the long run, abolishing or at least drastically lowering the corporate income tax rate (rather than just reducing it) is more likely to increase government revenue — because of higher growth and better allocation of resources.

Forty years ago, Ireland was the poorest country in the EU; now it has the highest per capita income in the European Union, next to Luxembourg. The Irish wisely decided that the way to improve their people’s lives was by adopting economic policies that would lead to high growth.

One of those key policies was to have a lower corporate income tax rate (12.5 percent) than the other major countries in Europe so when companies were trying to decide where in Europe to put their headquarters and other operations, they would choose Ireland. The strategy worked extremely well.

Businesses flocked to Ireland with its pro-business policies. Employment and real incomes soared. Other countries took note and began to reduce their corporate tax rates, so now the average corporate tax rate in the EU is about 24 percent.

Meanwhile, Congress and tax officials back in the United States engaged in tax malpractice by imposing a 35 percent federal corporate income tax rate — way above the revenue maximizing rate.

In addition, many states have corporate income taxes, which makes the total rate even higher. If one business has a lower tax rate than another, it has a competitive advantage and, other things being equal, will eventually drive the company facing the higher tax bill out of business.

In order to survive, many companies have moved their headquarters to other countries with lower tax rates — thus depriving the United States of the tax revenue and jobs. Many politicians accuse corporate leaders of being disloyal by moving — when what they are really doing is attempting to survive and protect themselves against destructive U.S. tax and regulatory policies.

Corporate executives spend collectively hundreds of millions of dollars hiring tax lawyers, accountants, and lobbyists to figure out how to minimize their tax bills.

If companies spent a small fraction of what they now spend to get around the existing tax laws on educating the public and opinion leaders about the destructiveness of the corporate tax — to get the necessary legislative changes — they would be operating in the best interests of their customers, shareholders and workers.

The total amount of money collectively spent by business associations, think tanks, other public policy organizations, and academics on trying to educate people about the corporate tax probably at most runs into a few million dollars.

If just Apple had spent less than 10 percent of the almost $15 billion it is now being fined by the EU on a public information campaign about the destructiveness, including misallocation of resources, caused by the corporate income tax, the tax could have been abolished.

It is unlikely that Apple or other major multinational corporations could find any investment that would provide a higher rate of return than getting rid of, or at least drastically lowering, the corporate income tax rate. The fact they haven’t done so is a form of malpractice and mismanagement.

Stockholders need to make their voices known. I own a few shares of Apple stock, and I am sending this column to Tim Cook.  You can too.  His email address is: [email protected].

Richard W. Rahn is chairman of Improbable Success Productions and on the board of the American Council for Capital Formation.