2 The Point News » Guest Authors » Members Only » THANKS FOR EVERYTHING, PRESIDENT TRUMP!

THANKS FOR EVERYTHING, PRESIDENT TRUMP! 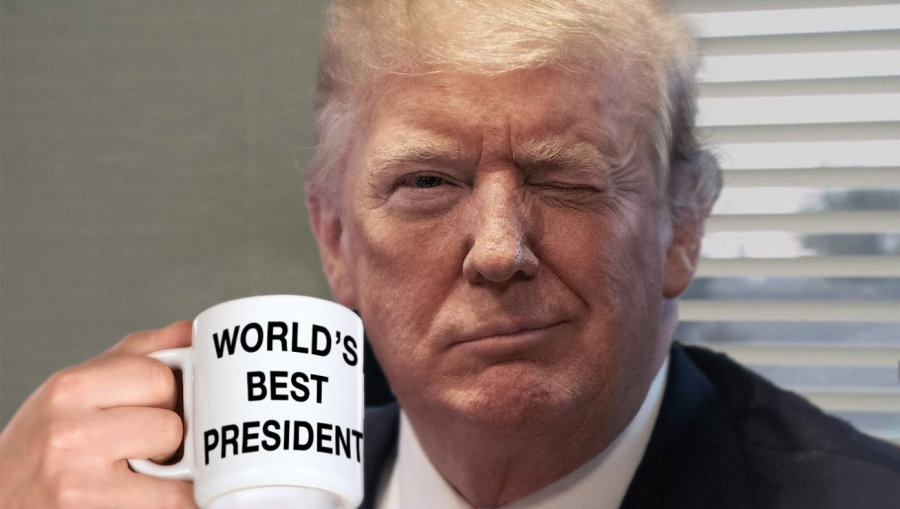 Thank you, Mr. President, for everything you’ve done.

It shouldn’t be ending this way, but I and 74 (really 80 to 100) million other Americans just want to thank you for all your efforts on our behalf over the past four years, actually since you came down the escalator at Trump Tower back in the summer of 2015.

In no particular order:

Thank you for restoring the U.S. as the world’s leading producer of energy – after your predecessor sternly lectured us that we “couldn’t drill our way” out of our dependence on unstable Middle Eastern oil providers.

Thank you for the tax cuts for the middle class.

Thank you for destroying genocidal ISIS, which your predecessor called “the junior varsity.”

Thanks for shutting off the endless flow of illegal immigrants at the southern border, and the unending supply of MS-13 gangbangers, among other criminals, as well as the welfare-dependent illiterate indigents who were so destabilizing American society before you became president.

Thank you for calling out the endless hypocrisy of the media — what you so aptly described as “Very Fake News.”

Thank you for promoting economic policies that led to the lowest unemployment rates ever for blacks, Hispanics, Asians, Native Americans and women, among others.

Thank you for doing more to promote peace in the Middle East than all of your predecessors combined.

Thank you for calling out and exposing the feckless RINOs of your own party like Willard Mitt Romney, Paul Ryan, Kelly Ayotte, et al.

Thanks for finally standing up to Red China and its predatory trade practices.

Thanks for calling out Fox News Channel for its duplicitous descent into terminal wokeness.

Thank you for Operation Warp Speed, an amazing achievement for which you will never receive the appropriate credit.

Thanks for pardoning all the persecuted victims of the Russian collusion hoax, among them Gen. Michael Flynn and Roger Stone.

Thank you for eliminating Obamacare’s “individual mandate,” which fined individuals for not buying health insurance they didn’t want or couldn’t afford.

Thank you for taking more questions from (almost always hostile) reporters than all of the last three or four presidents combined.

Thanks for getting the U.S. out of such foreign policy disasters as the Iran nuclear deal, the Paris Climate Accords and the Trans-Pacific Partnership, as well as ending the fiasco for American workers that was NAFTA.

Thanks for such a booming economy that seven million people got off the food-stamp rolls.

Thanks for all those tweets that drove the Democrats and the media (but I repeat myself) crazy.

Thank you for not turning the IRS into an instrument of persecution against your political foes, the way your predecessor did.

Thanks for not surveilling reporters a la the Obama administration.

Thanks for ending state oppression against people of faith like the Little Sisters of the Poor.

Thank you for trying to defund “sanctuary cities” where illegals run amok.

Thanks for the three new justices on the Supreme Court — think how much worse Hillary’s picks would have been, and maybe someday they’ll grow the spines they so obviously lacked last month in Texas v. Pennsylvania.

Thank you for defanging North Korea and Little Rocket Man.

Thanks for opening up more of our North Atlantic waters for New England commercial fishermen and lobstermen.

Thanks for defending both the First and Second Amendments, and for railing against Section 230, which the billionaire fascists of Silicon Valley are abusing to shut down free speech.

Thank you for appointing U.S. attorneys who actually wanted to put real criminals in prison, without fear or favor.

Thanks for using the death penalty, when necessary, against the worst of the worst serial killers.

Thank you for the travel ban, which has largely halted the flow of terrorists like the Tsarnaevs, who had been welcomed into the U.S. and put on welfare by previous administrations, Democrat and Republican alike.

Thanks for the lowest gasoline prices in decades.

Thanks for the largest number of Americans with gainful employment since the government started keeping records.

Thank you for ordering the elimination of two of the most bloodthirsty terrorists on earth, al-Baghdadi and Gen. Soleimani.

To borrow a line from “The Last Hurrah,” “How do you thank a guy for a million laughs?”

Thanks for all the amazingly entertaining rallies, if not for bringing back the Village People’s “Macho Man” song.

Mr. President, I could go on and on and on, but all of us Deplorables and bitter clingers and credulous Boomer rubes just want you to know how much we appreciate the four years you gave us to prepare and fortify ourselves for the impending disaster ahead.

We’ll be back, Mr. President, and so will you.