EUROPE’S CAMP OF THE SAINTS CRISIS: A 3-WAY STRATEGIC FULCRUM 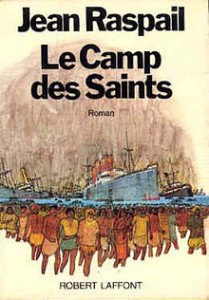 This article has been given a major update. It includes an overview of recent events to give readers a sense of the ground truth, and looks more deeply into the strategic fulcrum around Islam. Note esp. the time conjunction with al-Qaeda's 20 Year Plan.

The biggest immigration issue on the globe has very little to do with America. Its resolution will change the world.

European debates about immigration - or more accurately, the demographic replacement of local populations to benefit political elites - have been suppressed for a long time. As European economies falter, and huge waves of new refugees pile up on its shores, the elites are losing their ability to control the debate. Anti-immigration parties are rising, some countries are flat-out insisting on Christian refugees only, and the EU's erasure of internal border controls is under fire. Glenn "Instapundit Reynolds" ddid a great job laying out recent developments. That's your shot. "Germany's Muslim Demographic Revolution" from The Gatestone Institute is your chaser. What these briefings don't fully explain is why Americans need to pay attention.

This "Camp of the Saints" refugee wave is a strategic fulcrum - in 3 different ways...

Per Brant's recommendation, we are making this update its own article. TTPers who want to understand the 3 strategic fulcrums linked to this crisis should read the original anchor article.

As of September 11, 2015, "Refugees" continue to pour into Europe. This is only the start. European reactions to date ensure the flood's continuation, and so does the sheer number of likely entrants. Violence is guaranteed to accompany any reversal of this flow, via riots and terrorism. The same is true for any non-reversal.

As things stand, Al-Qaeda's 20-Year Plan seems ready to hit the Total Confrontation phase and include Europe more or less on schedule. That phase was planned to begin around 2017. This update clarifies the scale and scope of both the flood, and the effects it's having within Europe. It also looks at the real political mechanism behind the crisis, and offers some projections into possible futures.

The Chinese Roller Coaster took the whole world for a ride this week, but that wasn't the only thing going on. Europe is fracturing along several important axes, with follow-on effects that will be both good and bad.

The Iran treason involves Iranian money to key American politicians. We have a quick round-up of American news, along with some implications for activists. There are good signs from the culture, if you know where to look.

Richard Feynman puts in a guest appearance. And a band of unlikely heroes showed us some very important truths. Let's roll!