STICKING WITH TRUMP TO EITHER THE BITTER OR GLORIOUS END 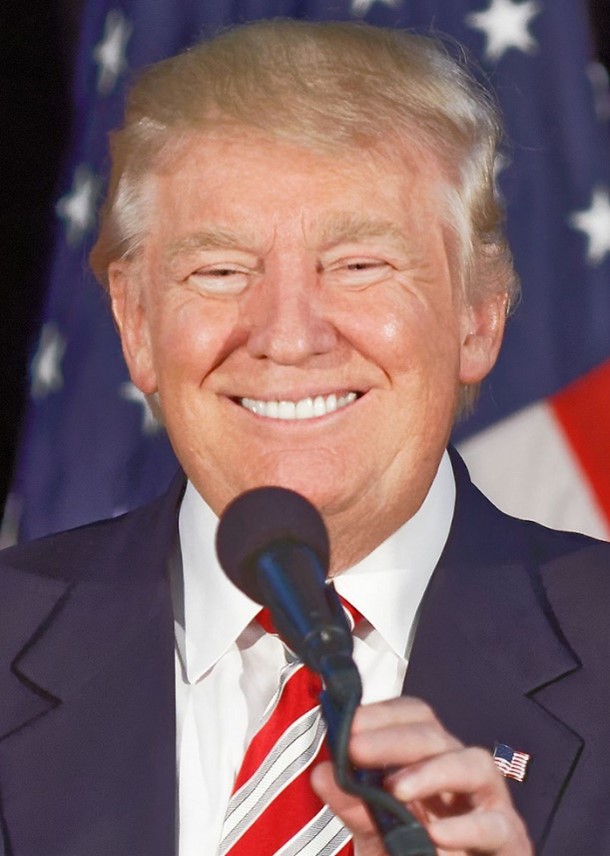 “To defeat Trump,” writes Victor Davis Hanson, “many of our institutions were deformed.”

Indeed, we have witnessed a flagrant burlesque of electoral procedure, including the specter of foreign interference by China, Iran and Russia via Dominion Voting Systems in gerrymandering electoral results, as Director of National Intelligence John Ratcliffe has confirmed.

And there will be lasting consequences. The effect of installing a parodic figure like Joe Biden, straight out of the Commedia dell’Arte, as the next president of the United States will result in three extremely destabilizing factors.

First. A nation presided over by a sorry puppet who has been put in place by a political, technological and wealthy elite employing counterfeit means will become progressively dysfunctional.

Second. An administration that owes its ascendancy to obvious electoral chicanery will look and sound like a banana republic, a wavering shadow of its former self, and an international laughing stock to be taken advantage of by its adversaries and competitors.

Third. The idea of secession will enter the public domain. Rush Limbaugh worries that America is “trending toward secession.”

Texas GOP chairman Allen West suggested that law-abiding states should “bond together and form a union of states that will abide by the Constitution.” Though he asserted “I never say anything about secession,” the implication is certainly present.

Texit is in the wind. As Rep. Kyle Biedermann (R-Fredericksburg) said, “I am committing to file legislation this session that will allow a referendum to give Texans a vote for the State of Texas to reassert its status as an independent nation.”

Attorney Frank Friday has an amusing blog post at American Thinker, dismissing the notion of secession as unworkable and advocating instead for a football-league model of blue state realignment with Canada — Can-America — as if Canada would be interested. Red state Big America would assume the burden of responsible statecraft and constitutional probity.

The article is a lighthearted spoof, gets a dig in at Mark Levin’s eminently sensible The Liberty Amendments, but buries the alarming possibility of a secession scenario, along the lines, perhaps, of the “velvet divorce” which divided Czechoslovakia into Czech Republic and Slovakia.

Of course, the conditions were far simpler then, for obvious historical and territorial reasons, but stand as a template for pragmatic action.

The secession issue is truly more critical than many people think for it is moot whether America can continue to exist as a Constitutional Republic if a corrupt and incapable Commander-in-Chief succeeds to the Oval Office.

As retired Air Force Colonel Donald Finley writes, among a litany of reasons why Joe Biden is unfit for office,

“There is one certainty about Joe Biden, and Barack Obama capitalized upon it. So did China. So did Ukraine. So did Iraq. So did Kazakhstan, and others. One thing he has proven time and time again is that he’s for sale. He will take the position and use his elected powers to implement the policy most beneficial to Joe Biden and his family.”

Finley sums up his J’accuse as follows: Joe Biden is “a compulsive liar,” “a pathological liar,” and “a serial liar,” a man without moral substance, political principle, or core beliefs, devoid of “a single bank of knowledge he could be considered an expert in [or having] the ability to think for himself.”

A nonentity like Biden, whose rallies attracted maybe two dozen or so supporters compared to Trump’s 40,000-50,000 enthusiasts, subsequently acquiring 80 million voters eclipsing even Barack Obama’s numbers, resembles a tyrant like Nicolás Maduro in Venezuela winning nearly 70% of a (rigged) vote.

No political leader or diplomat can take Biden seriously; they can only play him by appealing to his venality. And the spectacle of electoral fraud organized by an army of colluders can only turn the country into an ethical caricature of a functioning democratic polity.

If Trump loses an “election” that is both vigorously and reasonably contested, and that bears all the hallmarks of a transparent swindle, the writing is on the wall.

And yet, an abundance of conservatives I know, personally or as published writers – even Pat Robertson (okay, he’s 90 and may have lost it) – has accepted, however reluctantly, a Biden victory as inevitable, and then “getting on with it,” proposing various ways of dealing with an evident imposture.

After all, most options and avenues of redress seem closed to Trump: RINO officials siding with the Democrats, the Supreme Court refusing to hear an obviously strong and legitimate case and punting it into oblivion, Congress potentially refusing to seat an alternate slate of dissident and licit electors, his own Attorney General and Senate Majority leader turning their backs on him, and almost no media organ and high-tech platform allowing him a voice.

Moreover, by adopting the “realist” position, that is, by assuming that the momentum of events, the fecklessness of the courts, and the timidity of authority figures render Biden’s presidency a fait accompli, conservatives actually help to make it happen.

Principled resistance is weakened and the sense of inevitability is thus strengthened. We become unwitting partners in a national travesty. Even Hanson begins his aforementioned article with the categorical statement, “Joe Biden will be our next president.”

Along with younger and immensely popular conservative bloggers like Steve Turley, “Salty Cracker,” The Officer Tatum, Candace Owens, and others, I cannot walk away until Mike Pence casts his decisive signature, one way or another, on January 20.

For the bald incontrovertible truth is that Trump won this election by a landslide and that he is the legitimate president of the United States, one who remains a patriot, who has served the people of the United States faithfully and at great personal expense and tribulation, and who, unlike Biden, is not for sale.

He must not be abandoned by a country he has immeasurably benefitted.

An electoral scandal of this magnitude should never have been allowed to happen. The ship of state is too precious a vessel to founder on the shoals of treachery and corruption.  It is President Donald Trump who must be inaugurated as President for the next four years.

David Solway is the author of The Big Lie: On Terror, Antisemitism, and Identity.