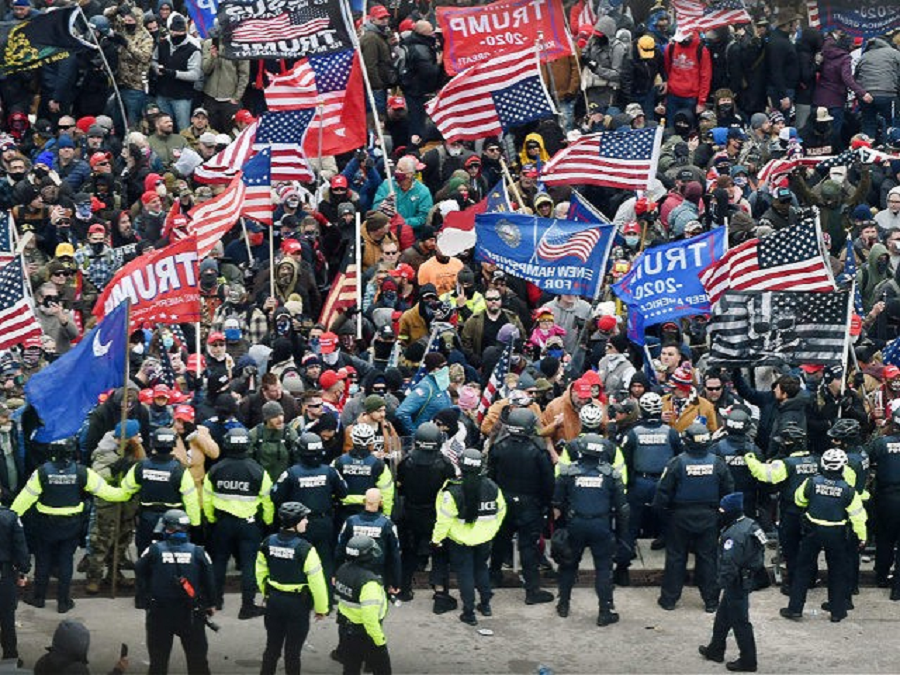 And since the ‘Crats got away with it in Nov 2020 and on Jan 6, 2021, and since the courts refused to even consider the merits of any election fraud cases, let alone to provide any remedies, we can be certain that there will be even more extensive fraud and more blatant fraud in future elections.

Are our enemies taking advantage of a good crisis or did they carefully create it?   Don’t lose hope! Our enemies are very diverse gangs with different and mutually incompatible goals, and they are all competing for a limited supply of loot and power.

Without rabid Trump-hatred to bind them together in a common effort, they will soon be fighting each other to the death.  Eventually, literally.  While you cannot prevent this fourth turning unravelling (which history shows will last a decade or so), you can do a great deal to reduce the risks of your catching a stray bullet.

If you are still living in a ‘Crat controlled urban area, get the heck out now before the real estate, equities, and bond bubbles burst.  One size does not fit all when it comes to either location or freedom.  There are a lot of better places to live in rural deep red counties, especially in no income tax states.

Don’t wait until your local chapters of Antifa and BLM make you fire insurance offers that you can’t refuse.  Over 300,000 people have permanently left New York for Florida in the past year and California’s population is shrinking, in spite of mass illegal immigration.

Mark Steyn appeared on Fox News Channel’s Tucker Carlson Tonight Wednesday (1/13) to discuss the events of the day as Carlson showed video clips of the violence perpetrated by Black Lives Matter and Antifa activists as they smashed storefronts and looted shops, supposedly in protest of the death of George Floyd in May.

“The people are surprised when a tactic that’s proved effective by one group of people, is taken up by another group of people of whom they don’t approve,” Steyn said in response to continued statements from Washington elites about the chaos at the Capitol.”

We are going to be saturated with this:

There is only one Truth, and that is always the Party’s Truth.  All else is lies that incite violence, and those lies must be suppressed.  Enemy of the State Emmanuel Goldstein (Trump and his supporters) must be destroyed at any cost!

We will see a lot more calls for “cleansing”:

Trump ban box score as of 10 Jan; no cost is too high for pure cleanliness:

All conversations regarding demonic AR-15s must be cleansed!

So little time, so much to censor:

Gotta get Ron Paul, too:

Facebook Blocks Ron Paul from Managing His Own Page

But some surprising people are ringing the alarm bell:

How to work around app store censorship of Gab, Parler, and other websites:

Explainer: How to Work Around App Store Censorship on Mobile Devices

Anything can be justified in the name of preventing domestic terrorism:

Here It Comes: ‘Patriot Act 2.0’ Aimed At The UnWoke Enemy Within

Enough With The Outrage

The massive double standard regarding Jamuary 6 in DC:

This is an obvious double standard

On with the cleansing:

Snowden: Zuckerberg’s Decision To Silence Trump Is “The Turning Point In The Battle For Control Of Digital Speech”

Silicon Valley with Chinese characteristics; it is a Landslide of Left Oligarch Corporate Suppression:

Note to smartphone buyers: You cannot load apps onto an Apple iPhone unless you obtain them from the Apple App Store.  You can load independent third party apps onto an Android phone.  That means that you can still use the Parler app that you obtain elsewhere on an Android phone, but not on an iPhone.  Apple has crossed the Rubicon by deciding what political speech you can hear on your iPhone.

With more to come:

The Great Purge: Twitter Has Suspended More Than 70,000 Accounts Since Friday

The “Crisis” Is Corporate Liberal Authoritarianism

“They’ve got to be taught,

before it’s too late,

to hate all the people their relatives hate,

they’ve got to be carefully taught.” Gilbert and Sullivan:

Rand Paul is right, but will probably be censored soon:

An alternative view of January 6:

Heels Up Harris calls her rioters a movement that should not stop:

Kamala Harris Called Riots “A Movement” Last Summer, Said “They Should Not” Stop

China has been lavishly funding the Bidens, the McConnells, and many other politicians around the world.  A riot on Capitol hill could be a real bargain.  Antifa would work for a lot less money than Senators.

And guess who was there:

Why Was Founder Of Far-Left BLM Group Filming Inside Capitol As Police Shot Protester?

More from the Mises Institute; why Trump supporters do not trust the people who count the votes:

And then a miracle occurred, NYC Mayor De Blasio says something sensible:

De Blasio: NY State Threatening Vaccine Fines ‘Just Paralyzes People’ – People Get Fined For Being too Quick and Too Slow 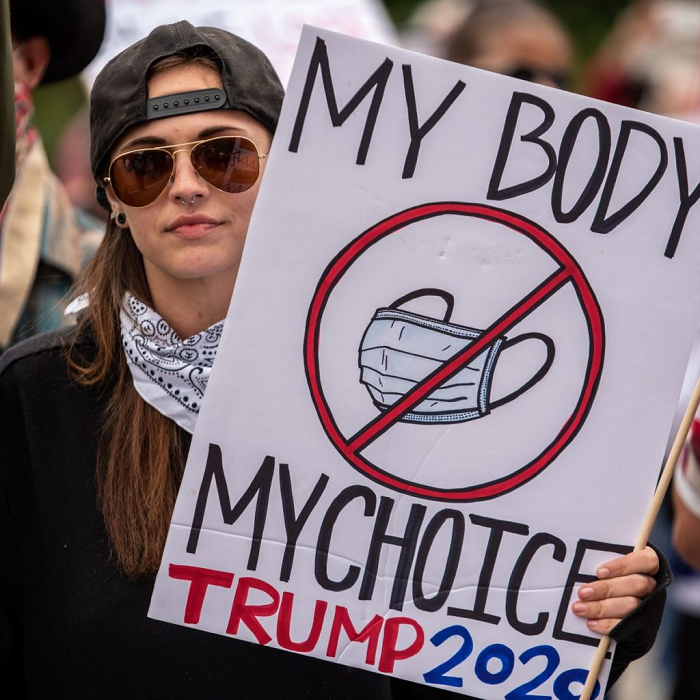 Manipulating people into virtue signaling. The type of masks that most people wear provide no statistically significant degree of protection.  N95 respirators work great, but KN95 (Chinese versions) are mostly ineffective, too.

Erase the Face: How to Dehumanize an Entire Population

For investors – and anyone with any savings:

Three Records Broken In 2020 That Were Less Than Ideal

The problem isn’t just the Fed:

Rabobank: We Are Currently Finding Out Who Has The Real Power And Who Is Powerless

This really is a bombshell – Pompeo terminates One China policy! China Joe is really going to earn the sobriquet Xiden when he reverses this.

Biden: Coronavirus Aid to Minority-Owned Small Businesses Is ‘Our Priority’