2 The Point News » Guest Authors » Members Only » SHOULD WE POSTPONE THE PRESIDENTIAL ELECTION ONE YEAR?

SHOULD WE POSTPONE THE PRESIDENTIAL ELECTION ONE YEAR? 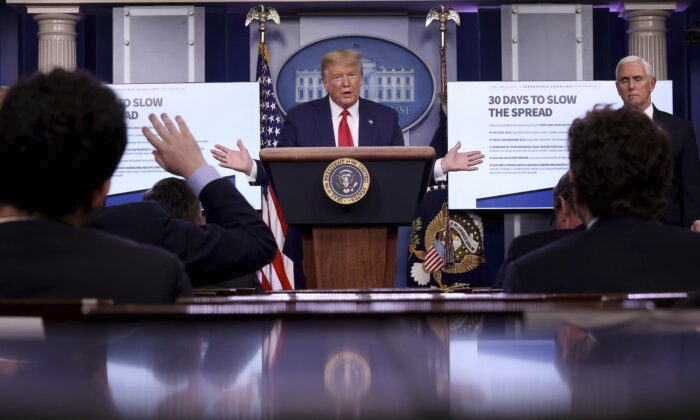 The deeper we get into the pandemic, the more our country becomes locked down and socially distant: schools closed, shops closed, restaurants and theaters shut, churches reduced to services in parking lots, sporting events suspended, and recreational venues roped off.

The longer this continues with no real end in sight, only guesses by experts with ever-changing “models,” the more it becomes inevitable we must ask the question… Should we postpone the presidential election?

Or do we want some virtual election that would be so distant from a traditional American election it would more closely resemble a computer game while at the same time being fraught with myriad new possibilities for fraud and manipulation such as we have never seen before?

The Japanese bit the proverbial bullet and weeks ago postponed their Olympics until 2021. Should we do the same with our yet more important event, electing the person who will lead the free world?

Already the state of Virginia, among others, has pushed isolation into June. That’s only a month from the Democrat Party convention in Wisconsin.

As one who has attended several conventions as a journalist, I can attest they are human petri dishes with crowds of delegates jammed up against each other, reveling all night in a manner rivaling the Mardi Gras. We all know what happened from that.

Which is why Wisconsin voters by three-to-one don’t want the Dem convention in Milwaukee anymore.

And now we learn today (4/02) that the Dem convention has been delayed a month to August.

Besides debates, our presidential elections feature one crowd scene after another. Do we want to die from our political system when we really don’t have to?

We are well into a political season already. In fact it seems as if it’s been going on for a decade or more in an era of escalating and excessive partisanship, some of it genuinely, as they say, off the charts.

Postponement might just possibly damp that down for the moment, give us all a chance to put into practice the mantra we hear endlessly on television:

We’re all in this together.

We are. This is a life or death situation—not Republican or Democrat.

Perhaps we need a political hiatus, just as the stock markets so often these days need a trading suspension.

Don’t you feel good when Republican President Trump and Democratic Governors Cuomo and Newsom seem to be, at least intermittently, working well together without rancor for a positive end, for the benefit of all Americans?

Yes, I am obviously aware the Democrats and their media allies love to accuse Trump of wanting to be a dictator or even of being one.

And, yes, this would clearly give him a fifth year in his first term. But one year would be subtracted from his second. And no matter how he, or others, joke about it, he’s not going to get a third.

Moreover, the Democrats may have more to gain from a postponement than the Republicans.

Now the Dems are endlessly complaining that Trump is monopolizing the airwaves with his daily press conferences on the virus that appear to have raised his approval ratings. These conferences—I think we can assume—would be in the rear view mirror.

The Dems also would have an opportunity—don’t tell me they don’t want it—to reconsider their nominating process that appears to be yielding a candidate no longer really capable of holding office and unlikely to run a successful campaign. They might not even have to resort to the back room to maneuver this man into a graceful retirement and bring forth a new and better standard bearer.

So, yes, I, someone who these days usually tilts to the right, am working against myself with this proposal. Of course, I do so with the full knowledge that said proposal is highly unlikely to happen. Normally, changes of this nature are a long time in the making.

On the other hand, these—I fervently hope—are not normal times.