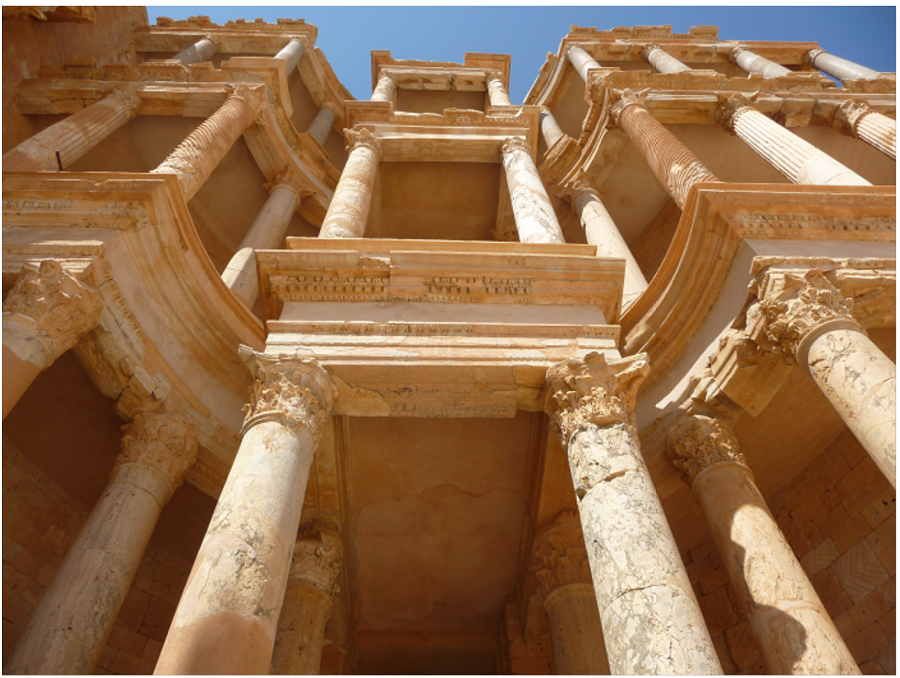 The best place to see Roman ruins is not in Rome or anywhere in Italy.  It’s in Africa – specifically on the Mediterranean coast of Libya.  This is the Roman theatre at Sabratha built in the 1st century BC.  Over 2,000 years old, it’s still mostly intact.  Starting as a Berber village, the Phoenicians founded the city as Sabrat by 500 BC.  Then came the Greeks, then the Carthaginians, and after the Punic Wars came Rome.

The Libyan coast was a lush fertile place back then.  So much so that Sabratha and the other major Roman city nearby, Leptis Magna, produced several million pounds of olive oil per year – sale of which to Rome enabled them to achieve great wealth.  It’s a shame that Libya remains today in chaotic civil war.  Hopefully the day is not off when experiencing Rome’s most magnificent remains will be possible here again. (Glimpses of Our Breathtaking World #79 photo ©Jack Wheeler)