RABBIS FOR HAMAS, OBAMA AND IRAN 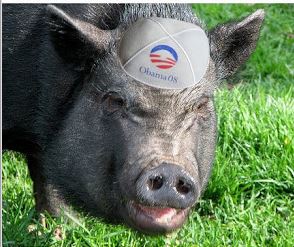 In 2008, Elliot Dorff joined Rabbis for Obama in their claim that Senator Obama would be a “leader in the fight against serious threats to Israel.”

Dorff, a Beverly Hills based clergyman, showed a deep grasp of geopolitical issues when he claimed that because of President Bush, “now the Taliban inhabit Iraq, where they never used to be.” This would have come as news to both the Taliban and Iraq. But Rabbis for Obama kept Dorff’s testimonial up because no one there seemed to know any better or know anything except how awful Israel is.

Like many of the Rabbis for Obama, Dorff was a left-wing radical who could be counted on to sign any letter attacking Israel. In 2010, he joined the unofficially nicknamed ‘Rabbis for Hamas’ by signing a letter demanding that Israel end the blockade of the genocidal Islamic terrorist group.

Elliot Dorff had also signed an earlier letter praising the ethnic cleansing of Jews from Gaza, which led the area to be taken over by Hamas. But this was only to be expected from a member of J Street, serving on the anti-Israel group’s Rabbinic Cabinet Executive Council.

The letter in support of a deal that Obama admitted will give Iran zero breakout time to a nuclear bomb, is signed by many of the same Dorffs who had signed on to Rabbis for Obama and Rabbis for Hamas.

John Friedman of the Rabbinic Cabinet of the Jewish Alliance for Justice and Peace, another left-wing anti-Israel group, signed all three letters. The “Alliance”, also known as Brit Tzedek v’Shalom, called on Israel to recognize Hamas, condemned Israel for taking out the co-founder of Hamas and described Muslim terrorist massacres of Jews as “resistance”.

Friedman had even participated in the “Fast for Gaza” in support of the Hamas-ruled territory.

Five of the vice chairs of Rabbis for Obama and nearly half its members had signed an earlier “Alliance” letter urging President Bush to conduct “constructive engagement” with Hamas.

Many of the Hamas Rabbis have returned to sign the letter in support of Iran’s nuclear enrichment deal. They include Sharon Kleinbaum, another radical member of J Street’s Rabbinic Cabinet Executive Council, who faced a member revolt over her extreme anti-Israel views which included reading the names of dead Hamas terrorists alongside Israeli casualties from the pulpit.

Sharon Kleinbaum supported providing space to Queers Against Israeli Apartheid and had also participated in the Fast for Gaza.

Burton Visotzky had signed on to Rabbis for Obama, Rabbis for Hamas and Rabbis for Iran. He was the National Co-Chair of Rabbis for Obama 2012, another member of J Street’s Rabbinic Cabinet Executive Council and had worked together with ISNA.

Visotzky (along with Dorff) even joined ISNA, an organization linked to funding of Hamas, in a letter in support of Obama’s pressure on Israel. Two other signatories of that letter, Paul Menitoff and Peter Knobel, had also signed on to Rabbis for Hamas and the current Rabbis for Iran letter.

Paul Menitoff had already become infamous for his 2002 letter to Bush calling for US troops to occupy Israel and demanding full scale sanctions on the Jewish State in support of a Palestinian Muslim terror state. While leftist clergy might be against the occupation of Iraq and the Israeli blockade of Hamas, some were disturbingly enthusiastic about an American occupation of Israel.

Menitoff is a co-chair of J Street’s Rabbinic Cabinet and was one of the 2012 Rabbis for Obama.

Jill Jacobs, the executive director of T’ruah (formerly Rabbis for Human Rights), yet another establishment left-wing anti-Israel group, has signed on to the Rabbis for Iran letter as well as the Rabbis for Hamas letter. She is another co-chair of the Rabbinic Cabinet of J Street.

Jacobs insisted that Jews needed to “repent” before Muslim terrorists and whined last year that her fellow liberal clergy were afraid to attack Israel “because they get slammed by their right-wing congregants”. She has accused Jews living in Jerusalem of being “settlers” and advocates an apartheid that excludes Jews from living in those parts of the Holy City which were under Muslim occupation.

Rachel Mikva, the daughter of Obama crony Abner Mikva, as one of the Rabbis for Obama claimed that, “Anyone who looks at Sen. Obama’s record will see that he has been and remains a staunch supporter of Israel.” She insisted that, “God has graced us with an exceptional candidate for the presidency”.

It’s unknown who Rachel Mikva’s god is, but it’s a safe bet that he isn’t the G-d of Israel. It’s likely that the name of Mikva’s god is Arnold Jacob Wolf, a close friend of Obama and militant enemy of Israel.

Wolf had signed the Rabbis for Hamas letter as part of a long career of advocacy against Israel.  He was the co-founder of Breira, one of the establishment anti-Israel groups, and worked with Pol Pot genocide denier Noam Chomsky on another anti-Israel group. He was a Vice Chair of Rabbis for Obama and a board member of the “Alliance”. Wolf however died before he could sign the Rabbis for Iran letter.

Rachel Mikva is part of J Street’s rabbinic cabinet; she has signed letters against Israel in the past, and is front and center on the Rabbis for Iran letter.

The most infamous figure on the list though may be Chaim Seidler-Feller, who has signed the current Rabbis for Iran letter and was also a signatory of the Rabbis for Hamas letter. Seidler-Feller had also joined Norman Lear and the director of an episode of Masters of Sex in an earlier pro-deal letter.

Chaim Seidler-Feller was a founding member of the anti-Israel group Americans for Peace Now, even if he wasn’t a particularly peaceful person, engaging in angry confrontations with pro-Israel activists.

In one of the worst incidents, he violently attacked two Jewish women at UCLA, kicking and scratching one of them while trying to throw her down the stairs.

“I was saved from possible concussion by several bystanders who pulled him off me in time… He assaulted me three times in the course of several minutes, and each time I had to be rescued by helpful bystanders,” the victim described.

“I saw my rabbi take swings to Neuwirth’s face and kicks to her legs,” one eyewitness wrote.

“I am deeply sorry that I hit, kicked and scratched you,” Chaim Seidler-Feller would later write. “By taking these unprovoked actions, I have contradicted the pluralism, peace and tolerance about which I so often preach.”

But that pluralism, peace and tolerance only goes one way with the left. Toward the terrorists.

And that is what this is really about. When you read about a few hundred “Rabbis” signing a letter against Israel and for Iran, Hamas or Hezbollah, look closer and you will see the same few names.

These names are the banners of a well-funded network of anti-Israel organizations. They are united by a deep hatred for Israel and the Jewish people, by radical leftist politics and by support for terrorists.

They will put on a modicum of moderation so that their congregants don’t realize how extreme and hateful their “spiritual leaders” are, but sometimes they show what is underneath the smiles. Chaim Seidler-Feller showed his true face when he attacked two Jewish women for supporting Israel. Many of the other names on this list show their true faces when they sign letters attacking Israel.

Under the mask, they support Iran and Hamas because they have more than a little in common with them. They are radicals who believe in destroying America and Israel, like Judith Butler, they see Islamic terrorism as a “progressive” force that is overthrowing capitalism, patriarchy and nationalism.

These left-wing activists call themselves Rabbis, just as Obama calls himself a Christian. But they all share a common faith, not in any divinity, but in revolution and the tyranny of the left. They instinctively hate people of faith, because they have none.

They hate Israel because it is a modern outpost of civilization in a sea of savagery, but also because it is a physical reminder that the Bible has a fixed meaning, that it is not just a “living constitution” into which they can read anything they like.

They hate Israel because it obstructs their exploitation of Jews as cannon fodder in leftist revolutions and because it is a living reminder of their falseness. They are willing to be Rabbis for Obama, for Hamas and for Iran. For anything and everything, but G-d and the Jewish People.