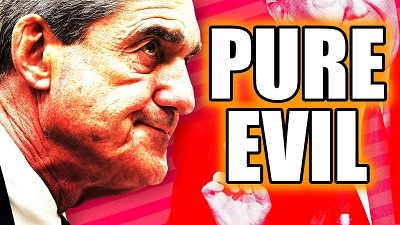 What Mueller really is

Robert Mueller has plenty of questions for President Trump, and maybe he will get to ask them. Most of them are perjury traps rather than real questions for the president.

Surprisingly, they contain very little that wasn’t in the public domain though prior leaks. In other words, the president is not a target because they have nothing implicating him, and so they want to use the interview to create such material.

But the conduct of the investigation by the special counsel and his team has raised a lot of questions as to its foundation, conflicts of interest, fairness and methods.

If you believe the last Harvard Caps-Harris Poll, much of the public supports Robert Mueller going forward with his investigation, although the Washington Post reported yesterday (5/01), “The number of people who say the Mueller investigation should continue is shrinking.’

That shrinking would no doubt continue if Mr. Mueller were required to answer a few questions himself.  In a deposition under oath with threat of perjury.  Such as:

*When you interviewed for FBI director with President Trump, had you had any conversations with Deputy Attorney General Rod Rosenstein, FBI Director James Comey or any other current or former officials of the U.S. government about serving as a special counsel?

If so, what was the content of those conversations?

*When you picked your team, what was going through your mind when you picked zero donors to the Trump campaign and hired many Democrat donors, supporters of the defiant actions of Sally Yates, who at the time was deputy attorney general, and prosecutors who had been overturned for misconduct?

What were you thinking in building a team with documented biases?

*When you were shown the text messages of FBI officials Lisa Page and Peter Strzok, why did you reassign them and not fire them for compromising the investigation with obvious animus and multiple violations of procedure and policy?

Why did you conceal from Congress the reasons for their firing for five months and did you discard any of their work as required by the “fruits of a poisonous tree” doctrine?

*What were your personal contacts with Rod Rosenstein and James Comey during the investigation as special counsel and before that as a private attorney?

Would you be considered a friend of James Comey? Would that personal relationship not disqualify you as a prosecutor on the case under Justice Department guidelines?

*Doesn’t the fact that Rod Rosenstein wrote a memo urging the firing of James Comey and, therefore, is a witness to key events you are reviewing, disqualify him as your supervisor under Justice Department guidelines?

*Did you see in advance any of the text of the book by James Comey or have any conversations related to its contents? Are you reviewing the contradictory statements made by James Comey on key issues for possible perjury or referral for perjury?

*Did you or members of your team participate directly or indirectly in any leaks to the press about elements of the investigation, and what steps have you taken, if any, to investigate such leaks?

Have members of your team been questioned under oath about leaks?

*Would you be willing to undergo a lie detector test about your potential involvement, as alleged by constitutional law professor Alan Dershowitz, in protecting Boston crime boss Whitey Bulger and the jailing of four people whose convictions were later overturned amid prosecutorial abuse?

What were you thinking as the local U.S. attorney while this unfolded and you took no action to stop it?

*During the course of the current investigation, many questions have been raised about the Steele dossier and its Russian sources, the leaking of its contents, the covering up through illegal cutouts of the source of funding from the Clinton campaign and Democratic National Committee.

Did you follow up and investigate any of those questions?

*When you secretly obtained all of the emails of the Trump transition including possible privileged material, did you have it first reviewed by a “taint team”?

Did you believe you could evade legal process, while the government official in charge was on vacation, to obtain everything instead of selections of those emails relevant to the investigation?

*After a year of investigation, what concrete evidence have you found about collusion with the Russians and Donald Trump to leak the emails of the Democrat National Committee or John Podesta?

Did you in fact obtain the Democrat National Committee servers and investigate whether they had been hacked or merely had internal leaks, or did you just rely on the organization’s own security firm?

*What role, if any, did you or members of your team play in the public raiding of the offices of Donald Trump’s personal attorney, Michael Cohen?

In light of recusal of the New York U.S. attorney, did you consider that such action would in effect reveal a defendant in what should be a confidential investigation?

*What discussions have you had about bias in the team, leveraging relatives, flipping close confidants, conducting very public raids, the impact of conducting and leaking investigations on the president’s family, and any other potential abuses of the office of special counsel?

*Do you consider firing the FBI director,  thinking about pardons, considering firing you, and any conversations questioning your methods, bias or the foundation of your investigation to be matters you believe you can investigate, even though they are within the clear constitutional and First Amendment rights of the president?

If you think you can question the President on these matters, then why should you not be subject to the same questions about your thought process, conflicts, possible bias and conduct in office?

There is nothing in the questions above that is outside the oversight review power of Congress, but don’t expect Robert Mueller, who even secretly investigated the attorney general, to answer any of them.  Don’t expect Rod Rosenstein to be asking them, either.

At this point, they know that they have no hard evidence of collusion between Donald Trump and the Russians. What they are seeking is to do is what they did to other witnesses and create “process crimes” around events and contacts that were in no way illegal.

There is now ample evidence that the footing of Mueller’s investigation was, at best, questionable and, at worst, corrupt and based on unverified information leaked in an effort to destabilize the presidency.

The questions of the special counsel suggest that even considering standing up to such an investigation through constitutional means will be met with possible charges by a team that has thought nothing of leading intentionally public raids, bringing charges on unrelated crimes, threatening family members of defendants to secure pleas, and ignoring congressional subpoenas about its own process.

It’s enough to drive anyone crazy and, based on my experience in 1998 with a special counsel’s investigation of President Bill Clinton, to create distractions for any president. But, after all, that appears to have been the point of all this in the first place.

Mark Penn served as pollster and adviser to President Bill Clinton from 1995 to 2000, including during his impeachment. He is chairman of the Harris Poll and author of “Microtrends Squared.”