PREPARE FOR SHRIEKS OF DEMOCRAT DISMAY 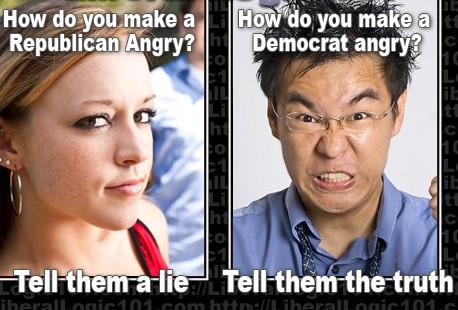 In what almost certainly will be the last thing he does before submitting his final report to Attorney General William Barr, Special Counsel Robert Mueller filed an additional sentencing recommendation in the Paul Manafort case Saturday (2/23).

Leftists had high hopes for what they might find in it.  Alas for them, there was no mention of Trump, or Russia, or collusion.

“If you are expecting Mueller/DOJ to willingly release a report that blasts Trump, or other unindicted people in his orbit, please read these remarks from Rod Rosenstein,” tweeted Washington Post reporter Matt Zapotosky.

In those remarks  on Monday at CSIS (the Center for Strategic and International Studies), the Deputy Attorney General said: “The guidance I always gave my prosecutors… were that if we aren’t prepared to prove our case beyond a reasonable doubt in court, then we have no business making allegations against American citizens.”

Rosenstein restated longstanding DOJ policy that prosecutors should comment only on cases where indictments are made. They should not discuss investigations terminated with no charges filed, to protect the privacy of the individuals involved.

To keep hope alive, Dilanian added: “The wild card, of course, is that those rules don’t address uncharged conduct that could be impeachable.”  Right.  Zapotosky riposted:

Leftists responded to Zapotosky’s tweet with their hair on fire, which is sure to increase demands from Democrats that Barr make public the Special Counsel’s entire report.

The Special Counsel is expected to give his report to Barr sometime next week. But it’s likely to be a few weeks longer before we learn what’s in it. The report has to be scrubbed for sensitive information.

If Barr issues a summary, which is customary, Democrats are sure to howl cover up, demand to see the whole unredacted thing.

They should be careful what they wish for.

“They have no clue how many times the names Biden & Obama were redacted from the Manafort sentencing attachments,” says Dawson S. Field.

If his report contains no evidence of the president “colluding” with Russia, expect Leftists to say Mueller was in cahoots with Trump all along.

That may be true. What was most interesting to me in the massive court filing (25 pages, 800+ pages of attachments) were the eight references to Tony Podesta, (and apparently others that were redacted like Biden and Obama).

The charges against Manafort stem from things he did between 2006 and 2015. That was well before he ever met Trump, while he was working with Podesta, Obama White House Counsel Greg Craig and other Swamp Things on behalf of Viktor Yanukovich, Putin’s puppet in Ukraine.

Leftists such as Foer “can’t figure out why all these Manafort leads in the documents are going away from Trump,” said Dawson S. Field.

Mueller has pursued Manafort like Captain Ahab did Moby Dick. Mueller was investigating Manafort back in 2013 when he was FBI Director, but Attorney General Eric Holder shut him down, Sgt. Friday notes in this video.

There were parameters set on what Mueller could investigate. Rep. Devin Nunes thinks he was told to investigate the accusations made in the Steele dossier.

The FBI used that bogus document, paid for by the Clinton campaign, to get a FISA warrant to surveil Carter Page, and all with whom he came into contact. We’ve learned in the last few days this was a much bigger deal than originally thought.

“Mueller’s assignment was to disprove the false information that was planted to make it look like President Trump was a foreign agent,” Dawson S. Field speculates.

McCabe was screwed the moment he lost control of Crossfire Hurricane. But he wasn’t aware of that right away. Mueller picked two McCabe lieutenants – Peter Strzok and Lisa Page – to join the “Thirteen Angry Democrats” on his staff.

McCabe could reasonably have assumed Mueller also was out to “get” Trump. He was out of the loop, but thought he had an ally.

Evidently McCabe also thought Rosenstein could be recruited. If coup plotters thought he’d be loyal to the president, RR wouldn’t have been included in the meeting where invoking the 25th Amendment was discussed.

I think Rosenstein was running a sting. But to fool the bad guys, you also have to fool us.

Leftists say Trump lies all the time, yet somehow can’t think of specific examples when he has.  I can’t think of any either. But never before have we had a president who was such a master of strategic deception.

If you think RR is a black hat, consider this: Trump selected him for this critical job. He’s had ample opportunity to fire him, but hasn’t, has shown fondness for Rosenstein on multiple occasions.

Rosenstein has to resign, because he’s a witness to the coup plot. Watch him in the CSIS video linked above. He looks to me like a guy relieved his job is done, not like someone who’s just been fired.

We may have to re-evaluate Mueller too. He’s given us ample reason to think he’s a deep state schmuck. But if you look past the theater, another picture emerges, I noted in POTUS and the Hammer last week.

Barr and Mueller have been friends for 30 years. Oh no, Eeyores will wail. This means Barr is deep state too. Or it could mean Mueller isn’t.

Where leftists go wrong is thinking Manafort leads to Trump.

Au contraire. Manafort “is the combination to the lock that secures the vault of Clinton,” Sgt. Friday says.

“Without the Trump campaign serving as a honeypot for Swamp Creatures, no one would have been prosecuted,” says Dawson S. Field in this must read thread.

“Mueller’s investigation was “a ruse to provide cover for investigations into the Swamp Creatures, law firms, lobbyists & politicians who were protected for so long,” he maintains.

I don’t know whether Mueller is a good guy, a bad guy, or a bad guy who Trump has by the short and curlies. But I think he’s been an integral part of the greatest sting in the history of the world.

We’ll know in a few weeks.  Don’t be surprised if you hear a deafening sound of Democrat shrieks of crushing dismay.