NO FEAR OF THE EVIL EYE: The Religion of Envy

Sixth installment: Chapter Six of Part I: Envy.  Your Forum comments are very helpful – and insightful! 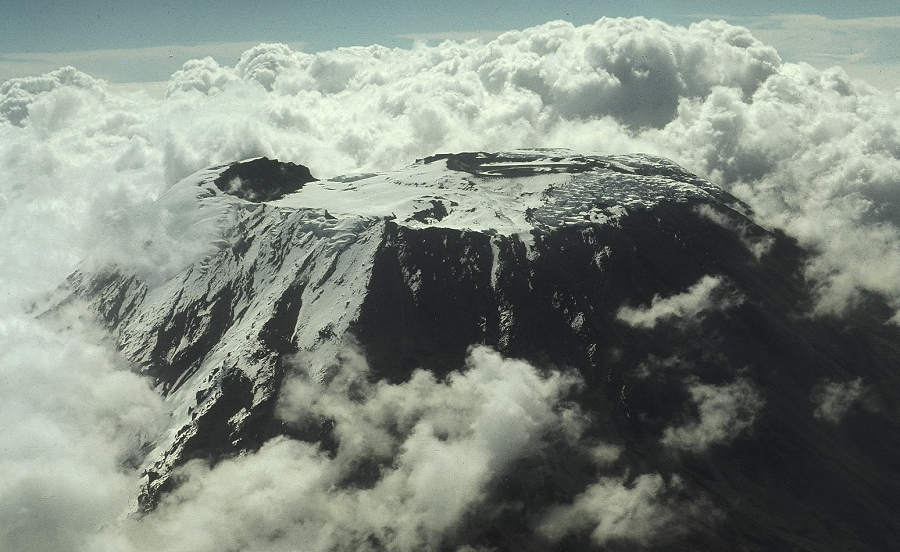 THE RELIGION OF ENVY

East of the Serengeti, there is a town called Moshi. It lies at the southern base of Kilimanjaro in Tanzania, the former German then British territory of Tanganyika. Some 50 miles away from Moshi is the town of Arusha, the traditional starting point for an East Africa safari (Swahili for journey) to such places as Manyara, Ngorongoro, and the Serengeti plain.

The way Africans get from Moshi to Arusha is by mini-bus or small van. The driver races madly round and round the town’s central square beeping his horn and yelling, “Arusha! Arusha!” Only when it is physically impossible for there to be one more human body squeezed into his vehicle will he depart.

Such circumstances require you to establish a friendly relation with the person next to you, who is virtually sitting in your lap. On this particular occasion, I found myself next to a young fellow who spoke quite good English (Britain was mandated German East Africa by the League of Nations after World War I, and administered it until independence in 1962).

He was clearly intelligent and well-educated. Our conversation went like this (with his words in italics).

“You are from America, eh?”

“Oh, Hollywood, San Francisco. Where are you coming from just now?”

I thumbed towards the famous snow-clad cone of Kilimanjaro suspended up in the sky to our right. “From Kibo.” I looked over at the mountain. “Two days ago, I was standing up there, on the top with my guide and friend, Iringa. He is a Chagga from Marangu. Are you a Chagga? Do you live around here?”

“Yes. My home is in Moshi, but just now I am on school holiday so I go to see my friends in Arusha.”

“Where do you go to school?”

“For the past two years, I’ve been on scholarship to the University of Moscow in the Soviet Union.”

“Have you been to the Soviet Union?”

“I have traveled several thousand miles through the Soviet Union.”

“Tell me, what does an American think of Marxism?”

“Truthfully, not very much.”

“You do not care about exploitation, about social justice?”

“At least as much as you do. But I also care about food. A Marxist country is a hungry country. Everybody gets an equal share of poverty. The only way the Soviet Union feeds itself is through capitalism.

You know those tiny private plots farmers are given on collective farms to grow their own stuff? They can take whatever they raise on their plot and sell it for a profit, right? Those plots total up to less than 2% of all agricultural land in the Soviet Union, yet they produce almost 50% of the USSR’s agricultural output.

I am sure your professors aren’t thrilled about that – any more than mine at UCLA were over the incredible abundance of food capitalist agriculture produces in America. I’m sure also, that you and I share the same goals – both you and I would like very much to see Tanzania prosper, to see its citizens happy and well fed. I’m just as sure, however, that Marxism, or specifically a socialist economy, won’t achieve that goal for your country or anyone else’s.”

“This is what they teach you in America?”

“Oh no. A famous economist, Milton Friedman, is fond of saying that the two most anti-capitalist groups in America are university professors and big corporate businessmen. Too many businessmen seek government protection from competition, welfare programs for them; and university professors, well, as pseudo-aristocrats, they possess the traditional aristocratic disdain for commerce, for trading their wares in the grubby marketplace as beneath them.

I didn’t have many professors at UCLA worried with genuine humanitarian concern that for so many countries, embracing Marxism has been a ticket to the poor house, not to mention the Gulag as well. No, many students in America find themselves encouraged by their teachers to have sympathy with Marxist dogma.”

“Is the ruling capitalist class in America so entrenched, then, that they can stifle the aspirations of the students and the vanguard of the intelligentsia?”

“It’s a little more complicated than that. But, believe me, those aspirations have enough influence to prevent America from taking care of the problem with the old men in the Kremlin.”

“Why don’t you think socialism will work for Tanzania?”

The only thing you can do, which is what Soviet managers do, is to peek over your foreign neighbor’s shoulder who has a supply-and-demand/profit-and-loss market, and see what he charges for things, then peg your prices to that. Or else, look under the rug and see what the black market is doing. I don’t need to tell you, I think, just how well the ‘second economy’ is flourishing in Moscow.”

I get a knowing grin. “Oh yes, it is doing rather well.”

“Wonderful, isn’t it? There has always been a warm place in my heart for smugglers and black marketeers. Besides, you know that the only way to get something you want in Russia is na levo (‘on the left,’ under the table).”

Again, the grin. “That’s the way my friends in Moscow get their blue jeans and jazz records.”

“How else? Tell me, how many of your professors are outraged at students being bought off by such capitalist baubles? Do they sneer at students for not sacrificing their selfish desires for the good of the people?”

The smile changed to a curious frown. “How did you know?”

“There are professors at UCLA who are just the same.”

The frown turned thoughtful. “Just now I am thinking of something many of the students from Africa talk about when we get together privately or no one can hear us. All of this indoctrination with every explanation forced to fit into the dogma.”

“Yes, the children of Procrustes. There is a legend in Greek mythology about an evil king named Procrustes. He made any guest of his sleep in his bed, and if the guest was too short, Procrustes put him on a torture rack, stretching him to fit. If he was too tall, Procrustes would cut off his feet or part of his legs to fit. Procrustes was killed by Theseus, but as you have seen, his Marxist descendants are alive and well.”

“Let me ask you, what do you know about the life and teachings of Karl Marx?”

“Enough to know that he was a religious fanatic.”

I received a look of scornful derision. “Marx was an atheist.”

“So he claimed. He just didn’t like his competition. There is no doubt that Marx was a great intellect. He wrote his doctoral dissertation on the philosophy of Epicurus and Democritus; he was fluent in Latin, Greek, and several European languages, including Russian; he was a prodigious scholar. But religious fanaticism makes people deranged. It’s a mind poison that can turn a genius’s brain into jello.”[1]

“What was Marx’s religion? What did he worship?”

“Envy.” I consulted my English-Swahili dictionary. “Here we go, inda. Marx and all his disciples worship inda.”[2]

[1] The initial thing to realize about Karl Marx is that he was bourgeois. The second thing to realize is that this is no exception. Friedrich Engels’ father was a quite affluent textile manufacturer from Germany – and Engels himself was that ultimate in 19th-century exploitation, a textile factory owner in Manchester. The father of Vladimir Ulyanov (Lenin) was a successful and respected superintendent of schools for the entire region of Simbirsk on the Volga. Trotsky (Lev Bronstein) was the son of prosperous Jewish farmers near Odessa. Mao Tse-tung’s father was a peasant who became wealthy trading grain in Hunan. Fidel Castro’s father was a rich landowner of sugar plantations in Cuba’s Oriente province.

One exception is Stalin, Joseph Dzhugashvili, whose father was a penurious shoemaker near Tbilisi, Georgia, and whose mother was the daughter of a serf.

Karl Marx’s father was an upper middle class prosperous lawyer in Trier, on the Moselle River near Germany’s present border with Luxembourg. He received the best education, and wastefully squandered all the money his father continuously sent him while at the University of Bonn. He married Jenny Von Westphalen, who was from one of Trier’s wealthiest and most prestigious bourgeois families, and dedicated his doctoral dissertation (The Difference between the Democritean and Epicurean Philosophies of Nature, University of Jena, 1841) to his father-in-law, Baron Von Westphalen.

Rather than work to support his family, Marx chose to read for years in the British Museum in London, while his family was perpetually on the edge of actual starvation, and three of his children died. In 1852, he wrote to Engels “My wife is ill, little Jenny is ill, Lenchen has a sort of nervous fever. I could not and cannot call the doctor as I have no money for medicine. For eight to ten days I have fed the family on bread and potatoes and it is still questionable whether I can get any together today” (quoted in David McLellan, The Thought of Karl Marx, London: Macmillan, 1971, p. 65). Yet he was still able to have a servant, Helene “Lenchen” Demuth, through whom he fathered an illegitimate son, Frederick, in 1851.

Marx survived through handouts from Engels the factory owner, a small inheritance from Jenny’s mother, and by writing articles for the New York Daily Tribune, many of which were ghosted by Engels. In 1861 he wrote to Engels “My wife tells me every day that she wishes she were in the grave with the children” (McLellan, p. 83). Marx had only one friend in his life, Engels, yet when Engels’ fiancée whom he loved very deeply, Mary Burns, died, Marx was incredibly insensitive. His contemporaries found him “coldly arrogant, conceited, and full of hate” (Karl Landauer, “Karl Heinrich Marx”, Encyclopedia Britannica Volume 14, 1961, p. 994).

When Volume I of his masterwork, Capital, was finally published in 1867, it was ignored by virtually all German and English speaking scholars and economists. It was however a success in Russia. Marx was also ignored by the British labor movement, and when he died in 1883 at age 64, less than 20 people attended his funeral.

[2] . When I call a particular set of beliefs a religion, I am referring not to the content of the beliefs, but the way in which the beliefs are held. One can hold not only beliefs regarding the “super” natural, but secular (e.g., political, social, or economic) beliefs as well, in a religious way, believe in them religiously – have religious faith of them.

Chinese communism, for example, constantly portrays Marxism–Leninism as “scientific socialism.” This is as fraudulent and active intellectual theft as calling communist dictatorships “People’s Democracies.” No Marxist can allow facts and evidence to come between him and his convictions. While eager to use whatever facts and evidence can be construed to bolster his beliefs, he automatically rejects any inconvenient facts and evidence which goes against him.

To believe or ascribe to something as true scientifically is to grant your ascent on the basis of experimental evidence, and – here’s the key – the ascent is always provisional. A scientist is always willing to admit he may be wrong – that is, he will always be willing to look at legitimate evidence which claims to refute what he thinks is true.

This is not subjectivism. The person who asserts that knowledge is impossible, that no one knows anything for sure, is either a fool or a demagogue. You know something when it is unreasonable to doubt it. Knowledge is not omniscience, not absolute eternal certainty. Knowledge comes with such sufficient evidence and a lack of credible counterexamples that doubt is unreasonable. The evidence that Einstein’s equations for special relativity are an accurate depiction of the world is massive. Yet, if someone were to come along with good, (experimentally well done) evidence that they are in some way inaccurate, no reputable scientist would simply dismiss it out of hand, clinging to his beliefs no matter what.