2 The Point News » Adventure/Explore » MYSTERY LAKES OF THE GOBI

MYSTERY LAKES OF THE GOBI 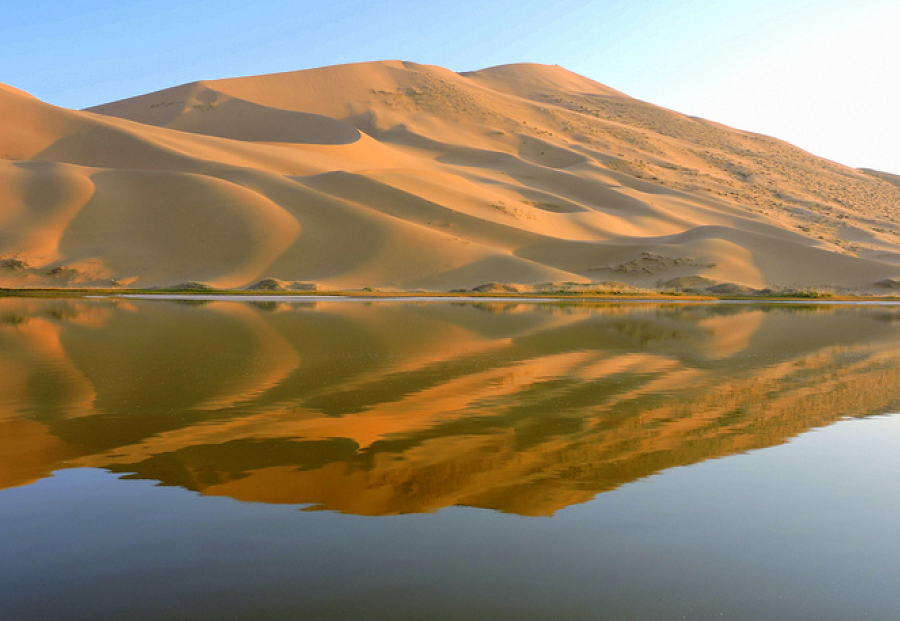 The southernmost portion of the Gobi Desert is called the Alashan in Inner Mongolia. Traversed by Marco Polo in 1273 on his way to meet the Mongol Emperor Kublai Khan, he said it contained a “mystery.”

For in the hidden center of the Alashan is an area known as Badain Jaran, “Mystery Lakes” in Mongolian. There are some 140 of these small lakes surrounded by enormous sand dunes. The photo you see is of one of these lakes, taken in late afternoon on a windless day, with the giant dunes above reflected on the water.

We were there in October 2017. We will explore Inner Mongolia and the Gobi again in October 2021. (Glimpses of Our Breathtaking World #32 Photo ©Jack Wheeler)