2 The Point News » Keeping Your Sanity » KEEPING YOUR SANITY VII 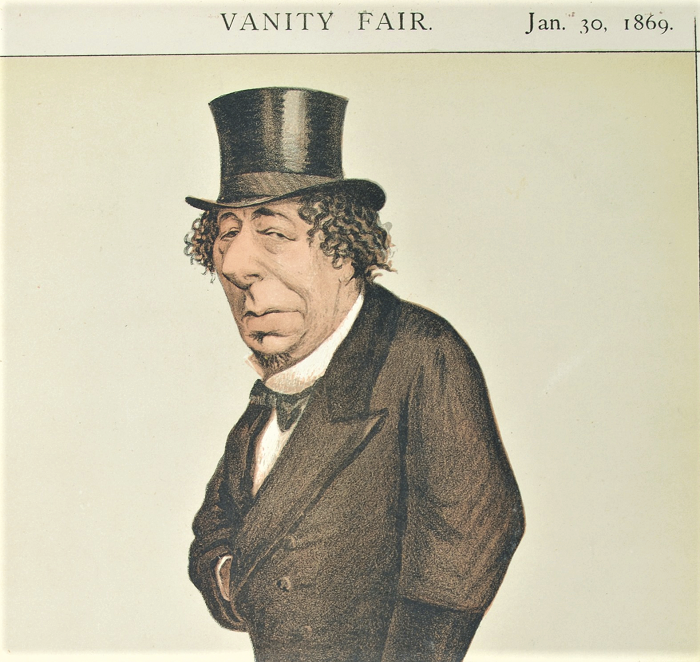 We are witnesses today of just how immortally trenchant Disraeli was back in the 19th century.  For in truth, politics in America now is a far more repulsive sight than the inside of a sausage factory.

Yet if Disraeli were here now, he’d smile sardonically and remind us that (he was fluent in French) plus ça change, plus c’est la même chose – the more things change, the more they stay the same.

Disraeli led Britain while America was entering the Progressive Era, that golden age of the birth of government regulatory control over “robber baron” big business, ushered in by the creation of the ICC, the Interstate Commerce Commission, in 1887 by President Grover Cleveland.

The ICC’s stated purpose was to eliminate “rate discrimination” of the railroads.  The actual purpose was to ruin James J. Hill’s Great Northern Railway, which was out-competing other transcontinental railroads.  The latter couldn’t compete with Hill fairly, so they bribed the government to create the ICC and hamstring him.

It turns out that the Progressive Era wasn’t run by crusading left-wing champions of the poor and exploited – it was run by the big businesses and industries being regulated, for the purpose of blocking competition from small businesses and budding new industries.

It was a socialist historian who discovered this by doing the hard archival research to fully document it.  His name is Gabriel Kolko, and his book, The Triumph of Conservatism, is revelatory.

Socialist or no, Kolko provides overwhelming evidence and repeated examples, from the ICC to the Food and Drug Act to the Federal Reserve, showing that:

“The essential purpose and goal of any measure of importance in the Progressive Era was not merely endorsed by key representatives of businesses involved; rather such bills were first proposed by them.”

The Federal Reserve, e.g., was created by big bankers to freeze out competition from small banks.

Kolko calls this “political capitalism,” as opposed to “market capitalism.”  He’s evidently a socialist because he sees the latter everywhere compromised and conquered by the former.  Somehow he believes a government running everything would prevent this.  I don’t get it either, but his historical research is dead bang on.

In other words, political or crony capitalists like Mark Zuckerberg and Jack Dorsey, or those of Google and Big Pharma have infested the American economy for a long time.  One reason Kolko smirkingly calls this a “conservative triumph” is that conservatives keep believing in the myth that big industries are advocates of real capitalism.

Thus his book is today revelatory for many conservatives, even though they’ve certainly had time to read it – Kolko wrote it in 1977.

The Feb 12 HFR pointed out that what we have in America now – rule by a gigantic Deep State and gigantic monopolies (Twitter, Facebook, Google, Amazon, US Chamber of Commerce) in a collusion crush small business – is precisely how Mussolini defined Fascism:

POTUS was – and still is per his CPAC speech yesterday (2/28) – such a grave threat to this fascist collusion that the corporatist monopolies had to industrialize voter fraud  to steal the election from him.

Thus one way of Keeping Your Sanity amidst this is to realize that “Progressives” have a historical track record of being corporatist-fascist since the late 1800s.  The good news is that the Progs who have cheated their way into power right now are so filled with hubris they’re moving way too fast.  What they are building is a giant house of cards on a foundation of sand.  It won’t stand for long.