IN A SANE WORLD THEY ALL WOULD RESIGN 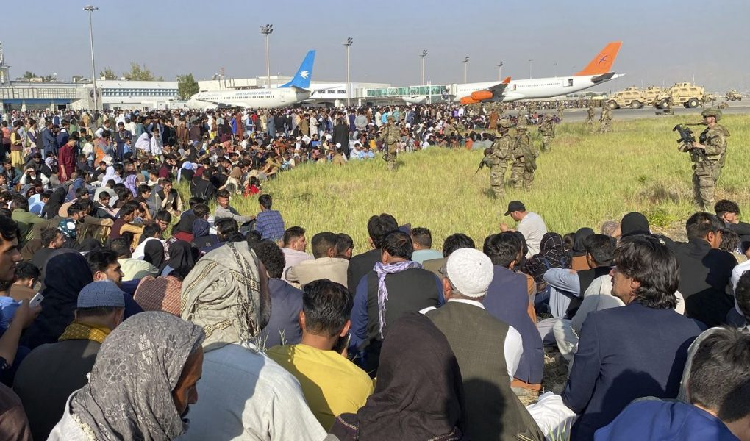 The American-nurtured Afghan military of the last 20 years that had suffered thousands of prior casualties evaporated in a few hours in the encirclement of Kabul.

Enlistees apparently calculated that their own meager chances with the premodern Taliban were still better than fighting as a dependency of the postmodern United States—despite its deterrent embassy pride flags, powerful diversity training programs, and indomitable new Afghan University gender studies majors.

Why not, when Biden trashes both American frackers and the Saudis—only to beg the kingdom to rush to export more of its hated oil before the U.S. midterms?

Why not, when Biden asks Putin to request that Russian-related hackers be a little less rowdy in their selection of U.S. targets?

And why not when our own military jousts with the windmills of “white supremacy” as Afghans fall from U.S. military jets in fatal desperation to reach such a supposedly toxically racist nation? 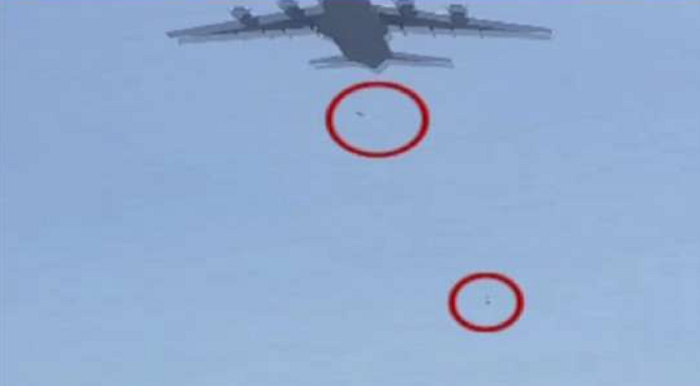 Biden keeps repeating that he was bound by Trump’s planned withdrawal.

Trump repeatedly demonstrated he was willing to use air power to protect U.S. personnel and to bomb the “sh-t” out of an Islamic would-be caliphate. The Taliban knew that and so struck when Trump was gone.

Biden claims he was bound by the Trump decision to withdraw and thus cannot be blamed for his reckless operation of a predetermined departure.

But all Biden has done since entering office was to destroy Trump pacts—overturning past agreements on energy leases, protocols with Latin America and Mexico on border security, the Abraham Accords, and pipeline contracts.

No sooner did Biden claim he was straight jacketed by Trump, than he reversed course to defend not just his own withdrawal but the disastrous manner of it.

In his dotage, Biden claims that he has no free will, while insisting he would have done nothing differently had he such.

In other words, they sermonized on anything and everything—except their plans to prevent a humiliating military defeat of U.S. forces and their allies.

Our intelligence and investigatory agencies are just as morally suspect. The legacy of John Brennan, James Clapper, James Comey, and Andrew McCabe has been the destruction of the reputations of the CIA, NSA, and FBI.

Current and retired intelligence lackeys and careerists all wasted years promulgating Russian “collusion.” They swore Hunter Biden’s laptop was Russian “disinformation.” They doctored evidence, surveilled and unmasked officials, and hatched adolescent plots against an elected president. All that was more important to their careers than warning of the growing existential threats in Afghanistan.

In the aftermath of the Afghan debacle, we must depoliticize and de-weaponize these warped agencies and incompetent institutions.

We could get a  start by pulling security clearances from all retired operatives, officers, and diplomats who go on television to offer partisan analyses, by winking and nodding about their elite access to top-secret raw data.

The retired and pensioned top brass should finally be held to account if they violate tenets of the Uniform Code of Military Justice. When four-stars lecture the nation that an elected president is a Mussolini or Nazi-like but keep mum during the greatest military setback in a half-century, they should forfeit exemptions from existing military codes.

Retired officers who revolve in and out of corporate defense contractor boards to Pentagon billets should have a cooling off period of five years before leveraging their inside knowledge of the Pentagon procurement labyrinth.

As for Joe Biden, his team in defeat threatens the victorious Taliban with possible ostracism from global diplomacy as the price of their illiberality. We are to assume that in between executing women, the Taliban will fear losing the chance to visit the UN in New York.

Biden himself has defied a Supreme Court ruling and assumed that it was a good thing to have broken the law. Under his watch, the fate of America’s border, voting integrity, equal enforcement of the laws, economy, energy, safety from crime, foreign policy and racial relations have imploded—and in seven months no less.

If Joe Biden were a Republican, the current Democrat House would long ago have impeached him. After the Kabul catastrophe, even the bipartisan Senate might well have convicted him. And both would have been right to have done so.

In a sane world, Biden and Kamala and Pelosi and Schumer, the entire lot of them infesting our Republic, would resign.  Alas, we no longer live in a sane world.