2 The Point News » Behind The Lines » Free Articles » HIDDEN ADVENTURES

Ushuaia, Tierra del Fuego, Argentina. This month has been eventful.  It started in Mogadishu, Somalia and is ending here at the very bottom of South America.  In between, there’s been hidden places like the Salar de Uyuni in Bolivia: 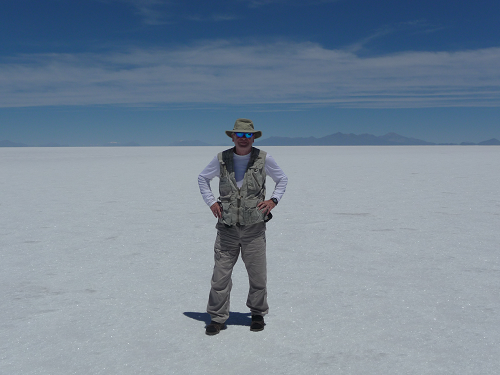 The Torres del Paine in Patagonia: 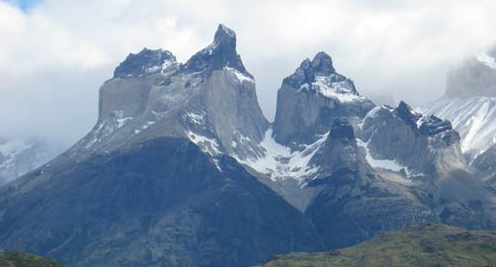 and close encounters with very large bull sea lions in the Falklands: 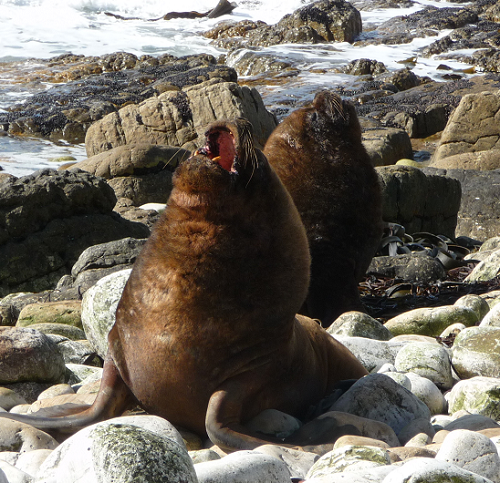 Yet this is only the beginning.

It was ten years ago this week, in late March 2003, that I launched To The Point.  I was almost 60 then, and I am perilously close to 70 now.  I figure the only way to keep from slowing down is to speed up.  So I am launching a series of what I call Hidden Adventures.

Adventures and expeditions to amazingly cool places in the world that few people know about, and far fewer have ever been to.  I start tomorrow with The Hidden Atlantic, which begins here in Ushuaia, where I and the people with me board an expedition vessel bound for Antarctica and South Georgia, home to fur seals and penguins numbering in the millions; the world’s most isolated community at Tristan da Cunha; the island the Brits exiled Napoleon on, St. Helena; and secretive Ascension Island, with its joint US-Brit military base.

I’ll be at sea for a month, and most of the time be in touch with the world only with my satphone.  I have to admit, I am really looking forward to this, not having to pay attention to all the craziness in Washington and everywhere else in the slightest way.

Of course, TTP will still be here! I’ll be posting my articles whenever I can.  Jack Kelly will be manning the HFR ramparts, and Miko will make sure the TTP Weekly Report with a full complement of articles goes out every Friday.

So -what Hidden Adventures are upcoming?

In July, there’s The Hidden Alps, a helicopter excursion through remote and amazingly beautiful Albania, plus the new state of Kosovo.  We meet the Prime Ministers of both Albania and Kosovo – Sali Berisha and Hashem Thaci – visit ancient World Heritage Sites, raft a waterfall-filled slot canyon, fly along the entire Albanian Riviera landing on hidden pocket beaches, and immerse ourselves in Albania’s Hidden Alps – so spectacularly inaccessible they were known for centuries as "The Accursed Mountains."  Just see the pictures.

And in September, there’s Hidden China.  This is an absolute mind-blow.  It’s for those who’ve been to the Wall, the Forbidden City, Shanghai, etc.  It’s to places in China so stunning it’s hard to believe they exist, but they do – just see the pictures.

Both The Hidden Alps and Hidden China  are up on the TTP home page.  You’ll enjoy the photos even if you can’t come with me (and be sure and watch the video clip of stuntman Jeb Corliss in a wingsuit flying through a giant hole in a mountain in China).

But if you can join us, be sure and let Miko know ([email protected]).

The world is a very big place, full of so much magic and wonder.  It’s really important to understand this, and not get fixated with tunnel-vision on Zero’s unrelenting attempt to create a Fascist America.  Doing that can easily drive you insane.

Every day now, the Drudge Report, for example, is comprised of a litany of lunacies.  Our culture is becoming literally unhinged. Liberalism really is a mental disease, a social cancer that is relentlessly metastasizing throughout the body of America.  Zero is simply the distilled essence of liberalism’s masochistic loathing of America’s virtues and founding principles.

When my son Jackson was eight years old, I took him and a schoolmate of his on a hike along a stream leading to the Potomac River in Great Falls, near Washington.  There was a moment when rays of sunlight were beaming through the forest, turning the leaves translucent green, and sparkling upon the water.  The only sounds were the rustling of the leaves in the breeze and the burbling of the stream over rocks.

We stopped and sat down.  As we gazed upon the scene, I told them of a poet named Kahil Gibran who once said, "We see magic and beauty in the world, but in reality, the magic and beauty are inside ourselves."  We talked about how this capacity to experience the beauty and wonder of the world is one of the greatest gifts of Providence to us, and along with our capacity for reason, makes us uniquely human.

Then we just sat silently and enjoyed the experience of where we were.

This gift of Providence to us is something we need to deeply appreciate and reflect upon – especially in the light of all the lunacy surrounding us and our country.  I encourage you to take the time – and find a place – to do so.

Particularly this Easter Sunday.  I’ll be on a boat in Antarctica, a uniquely apt place to experience our wondrous world.  Easter is an eminently apt time to reflect upon the privilege of existence bestowed upon us all.  For it is such a supreme privilege to be alive, to be conscious of our world, to be human – and to be American.

It is a cosmic irony this Easter that our country, America, is dying before our eyes – for I believe that Americans will soon find the resolution to resurrect it.  So have a Joyous Easter.  Find your own Hidden Adventure nearby or out in the world somewhere.

And if you’d like to go on a Hidden Adventure with me someday, I’d sure love to take you.