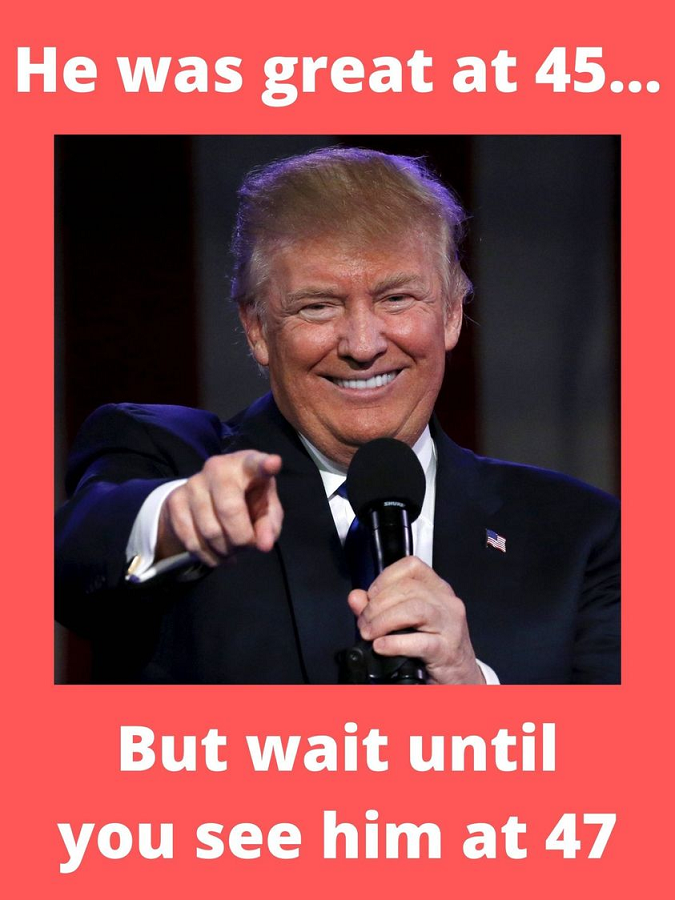 Are you ready to rumble?!  POTUS sure is.  He is going to take care of business for ’22 and ’24 like you can’t imagine – until you read below.  Here’s the teaser – he’s going to save America and Western Civilization by becoming the wealthiest man in the entire world.

First, however, he’s going to follow Napoleon’s advice to never distract your enemy while he is occupied destroying himself.

Like FPX’s dumpster fire of a press conference yesterday (3/25), with cheat sheet notes to read answers from prescreened journos – he had a picture/name list of who to call on.  Here’s how pathetic it was:

POTUS summed it up for Laura Ingraham: “The whole thing was ridiculous, I know it and you know it.”

So much so that Steve Crowder couldn’t help spoofing how Sniffy Joe prepped for the presser:

Behind this senile buffoon is a Fascist Hat Trick this week running amok.

How’s this for a headline from Forbes on Tuesday (3/23)?  Biden Administration Urges Supreme Court To Let Cops Enter Homes And Seize Guns Without A Warrant.  If SCOTUS trashes both the 2nd and 4th Amendments, that would be a great way to spark CWII – Civil War Two for kinetic real.

There are three primary reasons for unleashing a flood of illegal aliens across our border with Mexico.

*Not PCR testing them means the Dems want those infected to be super-spreaders keeping the lockdown scam going – ruining small business and making more millions dependent on government handouts to survive.

*HR1 legislation enables every illegal in the country to vote, ensuring Dem one-party rule in perpetuity.

*Corporate America colludes with Dems and Rinos, as the former wants cheap labor, while the latter wants wage suppression to keep inflation low, allowing printing of trillions of fake dollars and paying little to no interest on it.

Yet a Gallup poll released on Tuesday (3/23) reveals that the two key constituencies Dems most depend on to keep them in power have caught on: Majority of Black and Hispanic Voters Support Voter ID.  Blacks by 64 to 22%, Hispanics 78 to 16%.

They understand – and Hispanics really understanding – that illegals are going to steal their jobs and family’s livelihood in order to keep Democrats in power.

The third part of the Dems’ Fascist Hat Trick this week is Jonathan Turley’s must-read on Wednesday (3/24) on Lizzie Warren’s Wealth Tax.

Pocahontas not only wants to confiscate the wealth of the wealthy, but enlarge the IRS budget by $100 billion so it can subject the wealthy to continuous audit – and if they want to escape to a safer saner country, they’ll be subject to a 40% “captivity” tax holding them hostage.

Of course, with ten times the power and money, the IRS will expand its audit surveillance to all of us so they can steal more of what we’ve earned and they haven’t than ever.

Lizzie may think she’s found her holy grail of fomenting envy towards the successful to achieve fascist power, but if I were her, I’d be boot-shaking scared.  Look at the cartoon in Turley’s article:

Calling her Lizzie Warren with an axe is a take on the most infamous axe-murderer in American history, Lizzie Borden, who hacked both her mother and father to death in cold blood on August 4, 1892.  Every kid in America knew the skipping-rope rhyme as I did in the early 50s in California, even though her murders were 60 years before in Massachusetts.

And gave her mother forty whacks

And when she saw what she had done

She gave her father forty-one

What’s unintendedly funny is showing “the rich” – people smart and ruthless enough to make tens, hundreds, even thousands of millions – terrified of Pocahontas. Let me give you an example of why it should be the other way around.  Listening, Lizzie?

A one-pound shaped charge of explosives on a small drone will penetrate five inches of steel.  Nothing Lizzie lives or is transported in has that armor. The data base of all DC license plate photos is easily hackable, the location of her home easy to find.  No problem for a drone to lock in on her car when she’s driving, or fly through her bedroom window when she’s asleep.  Or just pay what for these people is pocket change to a MS-13 gangbanger to off her on the street, like John Podesta did to Seth Rich.

Remember the Indie Jones movie scene when the Nazi drinks from what he thinks is the Holy Grail?  Don’t choose poorly, Lizzie.

Okay – so how in the midst of all this does POTUS come to our rescue, save our country and civilization, and make Zuck, Bezos, Gates and Musk look like pikers?

By choosing wisely to act upon advice being given him at Mar-a-Largo, adumbrated by Andrea Widburg in TTP on Tuesday (3/23), How Trump Can Build A Liberty-Based Social Media Empire.

“It’s not enough to create a social media site.  Trump needs to create a communication, finance, and platform empire.  Anything he builds should include:

Such a social media, news and entertainment giant would start with a customer base of 80 million and enlarge from there.  TNN – Trump Network News – for example could buy up all the airport contracts worldwide that CNN abandoned.

Critically, it would give those 80 million and far more a thorough and comprehensive alternative to the woke media narrative.  We’re all drowning in that narrative now – this would give us a life raft to pull us on to solid ground.

Remember, the media gets all its power by controlling the narrative.  You take its power away by taking their narrative away.

If his 80 million customer base put an average of $5,000 into TrumpBank, it’s capitalized at $400 billion.  Zuck and the rest are in POTUS’ rearview mirror.

Think of all the Patriot Pro-America Un-Woke businesses this could finance, all the competition to Woke Companies spouting woke racism like “Try to be less white.”

With Big Tech and Woke Media no longer controlling the narrative, the entire zeitgeist of our culture, our country, and our Western civilization changes towards optimism, confidence, reason, liberty, Christian compassion, and common sense moral decency.

This has to be effected with extreme care, POTUS has to hire fully trustworthy experts who know precisely what they are doing meshing with what he wants.  But there is time to do this to ensure the Dems can’t cheat their way to win in ’22, replaced by a non-Rino GOP instead, and paving the way for POTUS to be 47 in ’24.

This is more, far more, than an ideal.  It is a fully achievable goal.

Let’s wrap it up.  POTUS wants to do this, he has the passion and dragon energy for it, and the skill sets to accomplish it

Meanwhile, the Dems are tearing themselves apart.  One enormous shift is the Democrat Party was supported by grass roots, union workers, the “little guy,” and impoverished Blacks/Hispanics – while the GOP was the party of Country Club Republicans, Wall Street, and Corporate America.

That has now flipped 180 degrees.  The GOP is supported by grass roots, the little guy, workers – while Dems by Wall Street, Big Tech-Big Corporate money.  And yet the Dems are determined to alienate their Donor Class from their Ideological Class – see Pocahontas above.

The stage is set. Perfect opportunity for POTUS to carpe diem.  And seize it he will.

I am going to leave you with this.  Please be sitting comfortably.  Be fortified with a very healthy pour. Be holding a napkin for you are going to cry.  Then you will cheer and yell, then cry again in hope, knowing that America Will Be Great Again.