FEAR OF VIRUS MUTATIONS LATEST RUSE TO DESTROY OUR FREEDOM 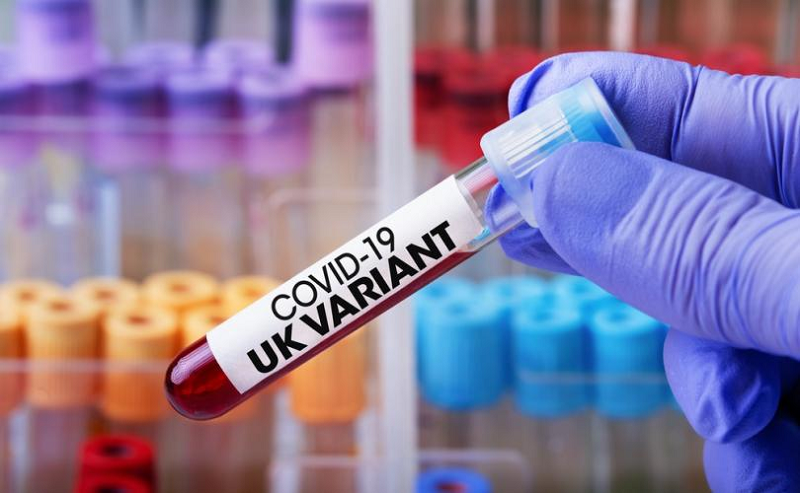 While COVID-19 can hardly be called a major public health threat anymore, having now reached endemic status (like the seasonal flu), the fearmongerers who need this crisis to continue in order to complete the implementation of a Great Reset of the global economy and social structure aren’t letting up.

“Oh my God, Florida, stay out of the bars with your masks off! What are you doing? This is exactly the wrong thing to be doing unless you want to end up where Europe is.”

He’s referring to a new variant of SARS-CoV-2 that is, allegedly, now “causing so many problems” in Europe. But is it really? To be clear, there will be many new variants of this virus, just as the seasonal flu changes and evolves from year to year. The thing is, as viruses mutate within a population over time, they tend to become more benign.

Mutations: ‘Much ado about nothing’

As reported by Mary Petrone, Ph.D., and Nathan Grubaugh, assistant professor in the department of epidemiology and microbial diseases at Yale, in a March 2020 CNN Health article:

“A recent scientific article suggested that the novel coronavirus responsible for the Covid-19 epidemic has mutated into a more ‘aggressive’ form. Is this something we need to worry about? No, and here’s why …

The effects of mutation in real life are nuanced and generally innocuous. Using the idea of mutation to incite fear is harmful, especially in the midst of an epidemic like COVID-19 …

The genetic material of the virus is RNA, not DNA like in humans. Unlike with human DNA, when viruses copy their genetic material, it does not proofread its work. Because RNA viruses essentially operate without a spell-check, they often make mistakes.

These ‘mistakes’ are mutations, and viruses mutate rapidly compared to other organisms. While this might sound frightening, mistakes during replication usually produce changes that are neutral or even harmful to the newly generated virus. Neutral mutations, which neither improve nor hinder viruses’ survival, may continue to circulate without any noticeable change in the people they infect.

Mutations that are harmful to the viruses are less likely to survive and are eliminated through natural selection. Fortunately, when mutations occur that help a virus spread or survive better, they are unlikely to make a difference in the course of an outbreak.

Viral traits such as infectiousness and disease severity are controlled by multiple genes, and each of those genes may affect the virus’ ability to spread in multiple ways. For example, a virus that causes severe symptoms may be less likely to be transmitted if infected people are sick enough to stay in bed.

As such, these traits are like blocks in a Rubik’s cube; a change in one characteristic will change another. The chances of a virus navigating these complex series of trade-offs to become more severe during the short timescale of an outbreak are extremely low.”

If you’ve paid attention, you’ve likely noticed that the goal post for “public safety” has been moved further and further away as we’ve gone along. At regular intervals, there’s been another Chicken Little warning that the sky is still falling and that we must not let down our guard.

First it was the number of deaths that was cause for alarm. Now we know that many of the so-called COVID-19 deaths were not, in fact, caused by the virus, while erroneous epidemiological models predicted millions of deaths lest drastic measures were taken.

As PCR testing took off, rising “case” loads seemed to confirm such dire predictions, sparking widespread panic. With 20/20 hindsight, we now realize that the cycle thresholds of these tests were set so high that even healthy, uninfected and noninfectious people tested positive.

This, in turn, allowed for the myth of asymptomatic spread to take root, and that then became the fear trigger, with everyone being a potential threat, no matter how healthy they appear.

The solution offered was for everyone to wear a mask at all times. Or two. Or perhaps three. Fortunately, even the experts backed off from suggestions of four layers. Yet, from the start, we knew, based on published science, that masks don’t work against viruses.

As “cases” skyrocketed in tandem with fraudulent PCR testing, we were then told the best thing to do is shut everything down for two weeks to prevent overloading hospitals. Stay home, save a life, let the virus die out.

But even though hospitals remained at functional capacity in most areas, as “cases” (read false positives) continued to rise, two-week lockdowns were turned into three weeks, then four. In some areas, lockdowns dragged on for months, yet it didn’t seem to have the desired effect on the case load. By this time, hospital capacity was entirely forgotten.

As lockdowns continued and people started to grumble, the “experts” in charge of this global organization (or more accurately, reorganization) warned that this was the new normal. Settle in. Get used to it. The virus doesn’t seem to be going anywhere, so our only hope is a vaccine. We just have to keep it together until then, and then we’ll all be safe again.

Alas, flies in the ointment appeared in the form of inexpensive treatments that worked just fine, and scientists and medical doctors sharing concerns about these novel “vaccines” that really aren’t and the public health dangers of lockdowns.

Censorship unlike anything the world has ever seen before was launched, and vaccine-deniers became the new enemy — worse even than those pesky asymptomatic healthy people that refuse to wear a mask.

Something had to be done about free thinkers and question-raisers, and so the goal post was moved again. The whole world, all 7-plus billion people, must get vaccinated, or else we’re all toast. This way, people will turn on each other and force each other to comply and stop with the questioning.

And so it continues. The sky hasn’t fallen yet, but we’re promised that unless we comply, it surely will. Any day now. Just a matter of time. Obey, and the experts will make sure we survive the inevitable pandemonium. Now, vaccine passports are being rolled out, and both private companies and entire nations are considering restricting any sense of normalcy to vaccinated-only. Aren’t you tired of chasing the goal post yet?

In related news, BBC News reports mask wearing and social distancing in the U.K. may need to continue for “several years.” So says Mary Ramsay, head of immunization at Public Health England. Another extension on the foreign holiday (vacation) ban is also being considered.

The reason, again, is that no one can be free until the whole world has gotten vaccinated. The idea being presented, as Florida’s Governor Ron DeSantis pointed out, is that we now have to reach a COVID-free state before we can start living life again.

Meaning, as long as there’s a single specimen of SARS-CoV-2 anywhere on the planet, the whole world is at risk, as it will spread and grow, so no one can live as they please until the virus has been eradicated.

The goal post is now so far in the future, we can’t even see a glimmer of it in the distance anymore. The old saying, “Give them an inch and they’ll take a mile,” seems apt at this point.

At some stage, you must realize that the more you give in and obey, the more you have to give in and obey. There really is no end to what they can take from you, and holding on to the belief that your government would never [fill in the blank] is becoming more dangerous by the day.

It’s also important to realize that your government isn’t the ultimate power. Our government officials take orders too, believe it or not, from what is now commonly known as the deep state. It’s not a government at all, but a global, hidden power structure that is accountable to no one, while influencing and manipulating everyone to bring about a new world order.

In years past, this shadowy cabal of power brokers were referred to under the term the New World Order. In 2020, the World Economic Forum came out on the public stage and announced the Great Reset, which is nothing but the NWO rebranded. So, it’s a conspiracy no more.

We can no longer afford to disbelieve the lengths to which the globalist elites, the unelected deep state, can and will go to seize total control over our global resources and people. They’ve already told us what the ultimate plan is — to use bioterrorism to take control of the world’s resources, wealth and people.

All we need to do is to believe it, and realize that the only thing giving them the power to impose their will is our fear. As long as we choose fear and demand our government keep us safe from pathogens, they have every chance of winning.

But what if we all refuse to be afraid any longer?

Dr. Joseph Mercola is the author of The Truth About COVID-19.