DON’T JUST DO SOMETHING – STAND THERE! 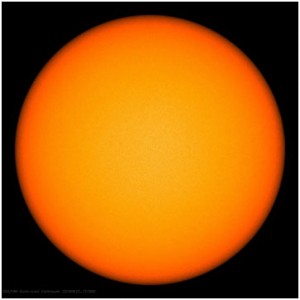 [ssba]Climate change projects spend enormous sums with no effect.  They have not only been a waste of money, they have done real harm.

Some trillions of hard-earned taxpayer dollars have been spent to combat global warming over the last three decades. Has the expenditure of all of this money reduced global temperatures from where they would have otherwise been? No, at least not to a measurable degree.

The major governments of the world have undertaken a public policy which to date has cost far more than any benefits. The rebuttal by the advocates of all of this government spending is to say it is nothing more than a down payment on what needs to be done and the benefits will accrue to future generations.

British scientist Valentina Zharkova and her team at Northumbria University in the United Kingdom have produced a new model enabling unprecedentedly accurate predictions of the sun’s solar cycle.

She recently presented her findings in an address to the Royal Astronomical Society, Heartbeat of the Sun from Principal Component Analysis and prediction of solar activity on a millenium timescale.

The model predicts that a coming periodic reduction in the sun’s magnetic radiation will soon lead to major global cooling.

For many decades, it has been known that a decrease in sun spot activity is associated with lower temperatures. Ms. Zharkova argues that we will soon enter a new “Maunder Minimum,” which refers to the period from 1645 to 1715 when the sun’s surface ceased producing its heat-releasing magnetic storms. This period coincided with the Little Ice Age — a time of much cooler temperatures and crop failures.

A number of other respected scientists have also argued that changes in solar output are more important than changes in carbon dioxide in regulating the earth’s temperature. During the last couple of weeks, since the release of the Zharkova study, the debate has been quite fierce between those who believe that solar changes trump carbon dioxide and vice versa (see her interview with the Global Warming Policy Forum).

Remember, “climate science” is not a unified field of study like quantum physics, but a combination of many different disciplines from the people who study tree rings, ice cores, atmospheric gases, cloud science or solar output.

One climate scientist, commenting on the debate, observed that mankind might luck out with the heat-trapping effects of carbon dioxide, offsetting the temperature decline coming from the expected solar minimum. It may be that the solar folks are right, or the carbon dioxide folks are right or that neither is right.

What do we know? We know that extreme global warming doomsayers, like Michael Mann (of “hockey stick” fame), were telling world leaders if they did not make massive changes in carbon-dioxide emissions by 2002 — that it would be too late. Despite the fact that it is now “too late,” Mr. Mann and others are still preaching the same old gospel — and I expect they will continue to do so until the government grants and other monies run out.

We do know that not one of the climate change models predicted the 16-year pause in rising temperatures and all of them overstated the rise in temperature that did occur.

We do know that rise in carbon dioxide to date has been largely beneficial, with the earth getting greener (carbon dioxide is plant fertilizer).

What we also know is the trillions spent on global warming mitigation schemes slowed real economic growth through higher energy prices and taxes worldwide, particularly in Europe and to a lesser extent in America, thus leaving millions more people in poverty, without jobs and economic opportunity.

The beneficiaries of all this spending were the crony capitalists of the ruling class, including all of the researchers who have been funded to “prove” global warming is a massive immediate threat, caused by humans, and that humans have the tools at hand to stop it.

If your research happens to show something else, you are immediately attacked, not in a calm, objective manner, but in a rather vicious manner, as Professor Zharkova has found in the last couple of weeks. The scientific and political establishment has a vested interest in silencing the sun output theorists, because if they are right, many others’ funding and pride are at risk.

What is clear is that much is still unknown — let alone how to stop the newly labeled “climate change.” From the end of the Little Ice Age around 1850, temperatures and sea levels have been gradually rising, and mankind has been dealing with it quite well through adaptation.

Old structures and piers are replaced as they wear out with stronger and higher structures. Air conditioning is invented. And all of this happens almost automatically without anyone noticing.

The Germans and others are giving up their “renewables” and moving back to coal because of cost. They would have been better off doing nothing to “stop climate change.” Until mankind knows far more than now, the safest and best course of action is to do nothing — other than, as always, adapt.