2 The Point News » Guest Authors » Members Only » DID TRUMP SAY ANYTHING THAT ISN’T TRUE?

DID TRUMP SAY ANYTHING THAT ISN’T TRUE? 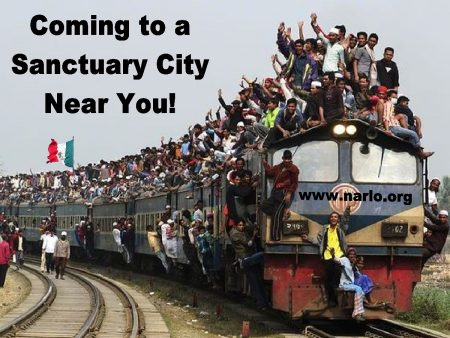 Did Trump misspeak…use a slur to make a point…and thereby arouse all those dainty Liberals into a snit?

Not far from where I’m writing this in Manhattan, the kosher butcher shop is long gone; across the street, the church that once stood tall is now boarded up.

But next to it stands a mosque newly built and freshly painted. English in the neighborhood is a foreign tongue and nobody knows Frank Sinatra.

The boys don’t play stickball. The girls in their veils don’t play hopscotch and all the cabs are driven by men from Somalia and Afghanistan.

Strangers are not greeted warmly.

That’s a snapshot of what troubles President Trump…not the mosque, but the culture shift,

Call him chauvinistic…call him profane…he doesn’t care.  Our President is fighting for America’s soul – for America’s very existence.

Trump is a man at war. He’s a man in search of American Gothic. He wants to turn back the clock. Before it’s too late.  Or better – get a new clock, the one we have is broken.

That clock started ticking from the time Sen. Ted Kennedy pushed through the 1965 Hart-Celler Act.

That’s the one that brought in the mixed multitudes from the Third World… but kept to a trickle the builders, those who came invited and still come invited to “breathe free.” Those we want. The others the world can keep.  As POTUS-VSG says:

So yes, Trump did say, “Why are we having all these people from bleep-hole countries come here?”

He denies the slur, but either way, there’s OMG delirium from sensitive Liberals and even a few hothouse flower Conservatives.

All of whom find only flaws in Trump but perfection in themselves…like Sen. Dick Durbin putting on airs and feasting on Trump’s apparent snafu.

What’s the UN if not exactly that – a hellhole that near unanimously votes against the only Democracy in the Middle East, Israel, every Monday and Thursday?

Where exactly did Trump go wrong except for putting too much salt on the truth?

Before that uproar, Trump made them an offer on immigration that he dared them to refuse.

To the Congress, come, he said politely a few days earlier in a televised gathering, give me a solution that is within reason – and quickly, to avoid a Jan.19th government shutdown for lack of funding.

Led by fake Republican Lindsey Graham and true Democrats Durbin and Diane Feinstein,  they came back with terms that favor only the “DACA kids,” children (now adults) brought here illegally, some 800,000. For the Democrat leadership, those “kids” come first, before everyday Americans.

He uttered it specifically and angrily after he realized that Feinstein and Graham and the others were all set to quick-pitch him by pretending they had a two-part deal.

One – fix DACA immediately. Two – well, so far as the Wall and other plans to stem migration from countries that don’t love us; sure, but later.

Finally, we too know them by their demands.

Democrats want to swarm America out of existence. That is no secret anymore.

Democrats want to rule through the votes they see coming from those millions of infiltrators. Democrats want our Judeo-Christian values expunged.

No wonder of all the other nations of the world, Trump favors Israel. We think alike.

Democrats, who eagerly support chain migration and the Visa Lottery, won’t be satisfied until America becomes a hellhole like the rest of the world.

Only a month ago, 128 nations at the UN voted to disgrace the United States for siding with Israel as regards Trump’s Jerusalem Declaration.

Does anybody really want those bleep-holes coming here?