CLEANING UP THE WORLD’S MESS 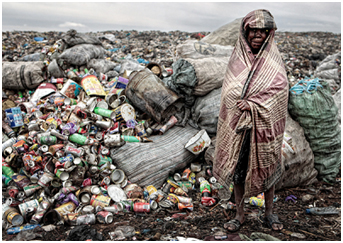 No sane person can disagree.  For the last eight years, the Zero Presidency was a ridiculous disaster either creating or doing nothing about a vast welter of serious problems all over the world.

The question is: what should Trump do about it?

That is, as an America First President, he sees his job is to attend to America’s problems first and foremost, that it’s not his job to clean up every mess on earth.  What is his job is to focus on the messes that most critically affect our national security and our economy.

Let’s identify some of the biggest.  Numero Uno is Chicom China, with its support of criminally insane Norks, its seizure and militarization of the South China Sea, obsession to be a military threat to America, ruinous mercantilist trade policies and much more.

Then comes Putin’s Russia attempting to recolonize Eastern Europe; Erdogan’s Turkey sponsoring ISIS and Islamicizing Europe, which is being allowed by Euroweenie Europe; Mullah Iran colonizing Iraq, destabilizing Saudi Arabia, and taking over Lebanon via its proxy of Hezbollah.

Right next door to us is Drug Cartel Mexico and an entire country on the verge of mass starvation, Chavista Venezuela.  There’s lots more, but that will do for starters.

Trump is off to a stunning start by triple-teaming these messes with Mad Dog, T Rex, and McMaster – who realize the most immediate mess to clean up is that caused by Obama holdovers and hard core leftists dug in deep at the Pentagon, Foggy Bottom, and NSC staff.

And with Nikki Haley at the UN to clean up that cesspool of Anti-Semitism.

None of the major messes will be cleaned up quickly nor with any one solution.  So what follows is a series of suggestions to consider that might contribute to the cleanup process.

Trump likes blunt talk, so he could frame any negotiations with the Chicoms by saying it’s time they grew up and graduated from Kindergarten.

When you’re five years old, you’re supposed to learn how to play nice with the other kids, how to share the toys in school because all the toys are not yours.

At the same time, Taiwan could use a little Trumpean bluntness too.

Standing up to China over the South China Sea, one of the world’s most critically strategic and economic waterways, requires a solid alliance of countries directly affected:  Vietnam, Malaysia, Singapore, Indonesia, Philippines, Taiwan, and Japan.  The US can’t do this alone.

The fly in this ointment of allies is Taiwan – for it too claims all of the South China Sea just like Beijing.  Trump could tell Taipei, it’s not yours either, it’s stupid to continue this charade.

You could cement the alliance by joining with your neighbors and publicly renounce any claims on the South China Sea.  Yes, you can keep your Itu Aba islet of 110 acres in the Spratlys, but forget about it having a 200-mile EEZ.  Let’s all join together and be smart about this.

Physically, take his wax corpse out of Red Square and put him in a small grave somewhere.  Mentally, bury him in your brain by rejecting his win-lose kto-kogo (pronounced “k-toh kuh-vo,” who-whom?, who wins-who loses?) morality, and adopt a win-win morality of mutual cooperation for mutual benefit.

The next thing is to explain reality – that US fracking technology means economic doom to a country like his fully dependent on oil/gas production; that while he may have amassed a fortune of $200 billion, most of his people are poor, sick, and dying young; that demographically ethnic Russians are in a death spiral while Moslems in Russia are having babies by the bushel.

Further, it’s simply masochistic to try and compete with America militarily or economically.

I’m no pussy like Obama.  I’m not going to let you recapitulate the Russian Empire in Eastern Europe.  You have to let Crimeans freely vote whether they want to be a part of Russia or Ukraine, you have to get out of Eastern Ukraine and leave Ukraine alone in peace.  It’s the same in the Baltics or Poland.

By contrast, if you’ll start genuinely cooperating with us, we can play win-win to your benefit.

You’re a patriotic Russian, you want to see wide-spread prosperity for your people, not just your cronies.  You need us and our support with the growing threat of Islamic terrorism inside Russia and that of Beijing’s hungry eyes on eastern Siberia.

Let’s play win-win.  ‘Cause the last time we played win-lose for real, Ronald Reagan made sure the country you were born in no longer existed.

The current ruler of Turkey is one of the gravest threats to the US and Europe extant.

Recep Erdogan has destroyed a free press and democracy, replacing it with an increasingly Islamic Fascist regime.  He has sponsored ISIS and keeps open a sanctuary for them via the “Azaz Gap” on the Syrian border.  He is personally responsible for organizing the vast flood of Moslem “refugees” to purposefully Islamicize Europe.

All Trump has to do is make one simple phone call:  to SACEUR (Supreme Allied Commander-Europe) of NATO, US Army General Curtis M. Scaparrotti at his headquarters in Casteau, Belgium, and give him this direct order from his Commander-in-Chief:

“No US service members are to henceforth conduct business or interact with any Turkish officer including their subordinates or agents until further notice.”

This will shut Turkey out of NATO, full stop.  Erdogan has to go, Turkey’s threat to NATO, to Europe, to Turkey’s neighbors, and to Turkey itself must end.  One phone call can precipitate it.

The parade to end this nonsense is well underway – all Trump has to do join in and help lead it.

On March 15, Geert Wilders is likely to be elected Prime Minister of the Netherlands on his promise to “de-Islamicize” his country.

By May 7, Marine Le Pen is likely to be elected President of France on her promise to hold a “Frexit” referendum (France exits the EU) and end Islamism in all forms.

On June 18, Luli Basha may well be elected Prime Minister of Albania to end the drug-smuggling government of Edi Rama, who is bought and paid for by George Soros.

In Hungary, Prime Minister Viktor Orban has already kicked out all NGOs sponsored by George Soros, and has blocked entry to his country by Moslem “refugees.”  Similar events are taking place in Poland and the Czech Republic.

The Trump Presidency is inspiring this, with more examples emerging every day.  He has already begun encouraging it by befriending UK’s Nigel Farage and British Prime Minister Theresa May.  Befriending Wilders, Le Pen, Basha, Orban, and others is what he could do now.

A number of Members of Congress have suggested the way to torpedo Zero’s treasonous Iran Deal.

First, Trump declassifies the entire document to make it public.  Then Trump demands the Senate vote to ratify it as a Treaty, not a phony secret “deal.”

Once the public actually sees how treasonous this “deal” is, there’s not a snowball’s chance on Venus that most any Senator will vote Yes.

With that, Trump could call upon the Iranian people – Persians, Kurds, Lurs, Azeris, Awazi Arabs, Turkmen et al – to join together and kick the Mullahs, the Pasdaran (Revolutionary Guards), the Basij (government thugs) out of their country.

In June of 2009, this almost happened with gigantic protests in Tehran and other cities.

All the Iranian people were looking for was a sign of encouragement and support from the new President of the United States.  Zero never gave it to them, their hopes were crushed, their chance for freedom died.

The Iranian people are ready to rise again eight years later.  President Trump can provide the spark to light the fire of freedom in Iran.

Build the Wall, obviously.  Arrest and deport to Mexico all criminal aliens.  Identify and make public all Mexican elected officials and police chiefs on cartel payrolls.  Find all cartel bank accounts and see that they vanish.  Activate Delta teams for black ops on cartel leaders inside Mexico.

The other side of the coin would be a program to uproot the crony monopolist corruption controlling the Mexican economy, and encourage its replacement with genuine free market, small business, permissionless innovation capitalism.

We have an Ultimate Businessman as President.  Who better to champion economic freedom for Mexico?  With the message that a prosperous Mexico with poverty for millions a thing of the past is in the absolute best interests of the United States?

This is a blindingly teachable moment that socialism leads to starvation.

In addition to publicly tell the Venezuelan people to stop wasting time and get rid of the Chavistas ruining their lives, we need the Delta guys inserted to eliminate the Cubans who now run the Maduro regime’s military and secret police.

Get rid of them and the entire Chavista system crumbles.

This is a sample of what a president with the cojones and savvy of Trump could do.  A very small sample.  We have now, a month into office, indications that we may have a presidency of historic proportions on our hands.