2 The Point News » Guest Authors » Free Articles » ARE DEMOCRATS ABOUT TO BECOME ANTI-SEMITIC?

ARE DEMOCRATS ABOUT TO BECOME ANTI-SEMITIC? 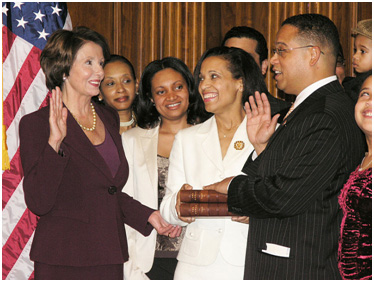 [ssba]The Democrat Party stands at a crossroads today. And so do the Jewish Democrats.

Out of power in the White House and both houses of Congress, the Democrats must decide what sort of party they will be in the post-Obama world.

They have two basic options.

They can move to the center and try to rebuild their blue collar voter base that President-elect Donald Trump captivated with his populist message. To do so they will need to loosen the reins of the political correctness and weaken their racialism, their radical environmentalism and their support for open borders.

The second option is to go still further along the leftist trajectory that President Barack Obama set the party off on eight years ago. This is the favored option of the Bernie Sanders’ wing of the party. Sanders’ supporters refer to this option as the populist course.

It is being played out today on the ground by the anti-Trump protesters who refuse to come to terms with the Trump victory and insistently defame Trump as a Nazi or Hitler and his advisors as Goebbels.

For the Democrats, such a populist course will require them to become more racialist, more authoritarian in their political correctness, angrier and more doctrinaire.

It will also require them to become an anti-Semitic party.

Anti-Semitism, like hatred of police and Christians are necessary components of Democrat populism. This is true first and foremost because they will need scapegoats to blame for all the bad things you can’t solve by demonizing and silencing your political opponents.

Jews, and particularly the Jewish state, along with evangelical Christians and cops are the only groups that you are allowed to hate, discriminate against and scapegoat in the authoritarian PC universe.

From the party’s initial post-election moves, it appears that the Democrats have decided to take the latter path.

Congressman Keith Ellison from Minneapolis is now poised to be selected as the next leader of the Democrat National Committee. This position is a powerful one. The DNC chairman, like his Republican counterpart, is the party’s chief fundraiser. When a party is out of power, the party chairman is treated like its formal leader, and most active spokesman.

Ellison made history in 2006 when he was elected to serve as the first Muslim member of Congress. As the representative of an overwhelmingly Democrat district, once he won the Democrat primary in 2006, he was all but guaranteed that he could serve in Congress for as long as he wishes.

As Scott Johnson, a prominent conservative writer who runs the popular Powerlineblog website reported extensively in 2006, Ellison is an anti-Semite. He also defends cop killers.

As Johnson reported, Ellison was a long standing member of the anti-Semitic Nation of Islam. During his 2006 Congressional campaign, the local media gave next to no coverage to this association. But when it did come up, Ellison soothed concerns of Minneapolis’s Jewish community by sending a letter to the local Jewish Community Relations Committee.

In the letter Ellison claimed that he had only been briefly associated with Louis Farrakhan’s outfit, that he was unfamiliar with its anti-Semitism, and that he had never personally expressed such views.

The local media and the Jewish community were happy to take him at his word.

But as Johnson documented, his was lying on all counts.

As Johnson noted, in 1998, Ellison appeared at a public forum as a spokesman for the Nation of Islam. He was there to defend a woman who was under fire for allegedly referring to Jews as “among the most racist white people.”

Whereas the woman herself denied she had made the statement, Ellison defended and justified her alleged statement. Referring to her slander of Jews he said, “We stand by the truth contained in [the woman’s] remarks…Also it is absolutely true that merchants in Black areas generally treat Black customers badly.”

As Johnson reported, aside from engaging in anti-Jewish propaganda and actively promoting anti-Semitic messages and leaders, decades before the Black Lives Matter was formed, Ellison was a prominent defender of murderers of policemen.

After the Sept. 11 attacks, Ellison likened the attacks to the Reichstag fire in 1933, intimating that the al Qaeda strike was an inside job. He then agreed with an audience member who said that “the Jews” gained the most from the attacks.

As a member of Congress, Ellison has been among the most hostile US lawmakers towards Israel. He has close relations with Muslim Brotherhood related groups like the Council on American-Islamic Relations and Islamic Society of North America. Both groups were unindicted co-conspirators in the Holy Land Foundation terror funding trial, implicated in funding Hamas and al Qaida.

And now, Sens. Schumer, Sanders and Reid and President Obama along with the Democrat grassroots activists and other party leaders are supporting Ellison’s bid to serve as chairman of the DNC.

As Ellison’s statement about “merchants” makes clear, the Democrats’ Jew hatred may not be of the “Jews are the sons of apes and pigs,” variety. In all likelihood, it will be propagated through angry rhetoric about “bankers” and “financiers,” and “the rich.”

Ellison, a supporter of the anti-Semitic BDS movement, has libeled Israel by likening the Jewish state to apartheid South Africa. Under his leadership, we can expect for Democrat politicians to veer even further away from Israel and to embrace the slander that Zionism is racism.

The populist Sanders’ route seems more attractive to the Democrats than Bill Clinton’s moderate path because the notion is taking hold that Sanders would have been a stronger candidate in the general election than Clinton was.

This view is hard to accept. Most Americans reject socialism, and populist or not, it is difficult to see how Sanders would have sold his radical positions to an uninterested public.

The other problem with the “Sanders would have won,” argument is that it misses the distinction between Trump’s populism and Democrat populism.

Trump’s populism stemmed from his willingness to say things that other politicians and authority figures more generally wouldn’t dare to say. Trump’s allegation that the political system is rigged, for instance, empowered Americans who feel threatened by the authoritarianism of the politically correct Left.

Trump’s opponents insist that his populism empowered white power bigots. But that was a bug in his ointment. It wasn’t the ointment itself. Trump’s willingness to seemingly say anything, and certainly to say things that were beyond the narrow confines of the politically correct discourse, empowered tens of millions of voters. It also empowered white bigots at the fringes of the Right.

Whereas empowering white bigots was a side effect of Trump’s populism, empowering bigots is a central feature of leftist populism. nd this is where it gets dicey for Jews.

As Obama – and Ellison – have shown, when Democrats channel populism, they use it to demonize their opponents as evil. They are “fat cats on Wall Street.” They are “racists,” and other deplorables.

There are scattered voices on the Left that are calling for their fellow leftists to revisit their authoritarian practice of labeling everyone who doesn’t walk lockstep behind them as racists and otherwise unacceptable. But for the most part, the populists are winning the argument by essentially demanding more ideological radicalism and more rigidity.

This policy is completely irrational from a political perspective. It’s hard to see the constituencies that will be swayed to support an angry, hateful party.

But this brings us to the Jews, who voted 3:1 for the Democrats, and to the American Jewish leadership whose support for Clinton was near unanimous.

When anti-Semitic, populist voices like Ellison’s began taking over Britain’s Labor Party, British Jews began heading for the exits. When push came to shove they preferred their individual rights and their communal rights as Jews above their partisan loyalties.

So far, this doesn’t appear to be the case among Jewish Democrats.

While ignoring Ellison’s record of anti-Semitism and support for Israel’s enemies, as well as his ties to unindicted co-conspirators in funding Hamas, the ADL launched a scathing assault on Bannon accusing him of being an anti-Semite.

The ADL’s assault on Bannon follows its absurd claim in the final days of the campaign that Trump’s ad criticizing George Soros was anti-Semitic.

It also follows the group’s bizarre condemnation of Prime Minister Binyamin Netanyahu’s recent video clip in which he stated the plain fact that the Palestinian demand that Jews be ethnically cleansed from the territory they wish to take control over is an anti-Semitic demand.

As many prominent US Jews on both sides of the partisan divide have made clear, the accusation that Bannon, whose Breitbart website is one of the most pro-Israel websites in the US, is anti-Semitic is appalling on its face. The allegation is simply unsubstantiated.

So why do it? Why allege that a friend of the Jews is a Jew hater while ignoring the actual anti-Semitism of another man?

The answer is depressingly easy to discern.

The ADL appears to be trying to give cover to the rising forces of anti-Semitism in the Democrat Party. By falsely accusing Bannon and through him Trump of anti-Semitism, the ADL defuses the real problem of Democrat anti-Semitism. And if the ADL doesn’t think there is a problem with Ellison taking over the DNC, but alleges that Republicans hate them, then rank in file Jews will stay put.

For decades, American Jews have been at the forefront of every major social movement on in the US. But the Democrat Party’s move towards anti-Semitism, a move made apparent through Ellison’s rise, is one movement the Jews mustn’t lead.