AN AGENCY OF CORRUPTION AND COWARDICE 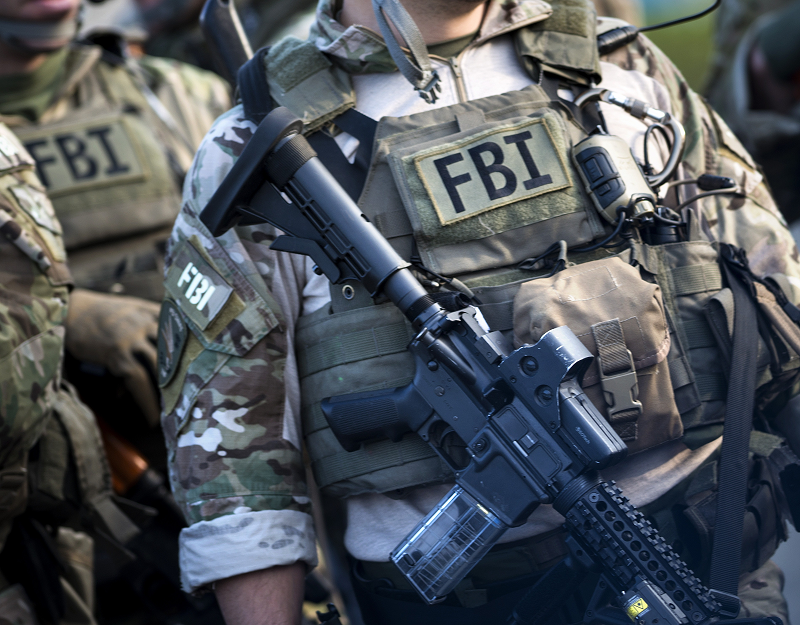 More than 530 peaceful Trump supporters have now been arrested for their unauthorized tour of the Capitol on January 6. The incomparable Julie Kelly has covered in grueling detail their arrests, indefinite detainment, and the cruelty with which they’ve been treated by the federal government.

Many of these protesters have been arrested by the FBI, a once-revered federal law enforcement entity that at one point might have deserved your respect.

Conservatives had already lost a great deal of respect for the James Comey-led FBI after it illegally spied on President Donald Trump’s 2016 campaign using the Democrat National Committee’s fake opposition research as pretext. That agency, like law enforcement in the Third World, became a political tool meant to help elect a candidate preferred by powerful entities in Washington and beyond.

Comey’s plan was foiled, and he with the top echelon of the FBI were caught red-handed orchestrating a grave attack on our democracy, . None of them went to jail. They weren’t even fired. Resignation was the heftiest punishment for perhaps the most egregious crime ever exposed in the United States.

Looking back, the lack of accountability should have been a major warning sign to ordinary Americans. But many of us, especially conservatives, weren’t ready to believe that the entire FBI was rotten to the core, so we explained it away.

“It’s a leadership problem,” many of us thought. “Comey might be an irredeemable, partisan disgrace who led the agency astray, but the rank and file FBI are still fundamentally good.”

The FBI’s rank and file recently banged down the door of a Florida pastor and his son. Neither were accused of violent crimes, but the rank and file arrested both of them, taking the pastor’s son into custody in front of his three-year-old daughter.

The rank and file terrorized a Lakeland, Florida community by shouting through loudspeakers and using flashbang devices in its pre-dawn raid on the home of three January 6 suspects.

These types of boorish, melodramatic arrests of ordinary Americans have been carried out by the rank and file for more than six months. The manner of the arrests themselves is clearly punitive, meant to send a clear message: the federal government is powerful, and if you are deemed its enemy, you will feel its wrath.

You might think that during such an extended period of time, at least one rank and file FBI member might have thought to himself, “Gee, this seems like overkill,” or “By golly, where are all those violent criminals we’re supposed to be arresting, like the ones on ‘Criminal Minds?’”

You might think that some agents, tired of arresting accused trespassers, would have quit out of sheer boredom.

But if you thought any of these things, you would be wrong.

That person would be a hero. But that person does not exist.

By the way, it’s not just the rank and file who have actually carried out these militarized raids who should be considering their moral imperative to speak out, or quit in protest. It’s every rank and file FBI agent nationwide watching his organization become the enforcement arm of an immoral, authoritarian state.

There is a word for people who sit idly by and refuse to speak up in the face of immorality: cowards.

But at the risk of once again giving the FBI too much credit, I do not believe that the rank and file FBI have a cowardice problem.

Rather, their problem is two-fold.

The first problem is a tragic lack of humility. The rank and file have been programmed to think that they can do no wrong, and they truly believe that. After all, they are members of the once esteemed and formerly highly-regarded FBI. They’re not slack-jawed rent-a-cops.

Which brings us to the second problem: the rank and file’s tragic lack of self-awareness.

With its reputation already bruised after the 2016 shenanigans, busting down grandma’s door with automatic weapons drawn and hauling her off to solitary confinement in a D.C. jail for wearing a MAGA cap at the Capitol isn’t doing much to restore the confidence of American conservatives, who historically have supported law enforcement.

The rank and file should recognize that they already have lost much of their moral authority in the eyes of the people who traditionally have had their backs, and that they’re losing more moral authority with every trespassing arrest.

For some Americans, it’s already too late for the FBI to redeem itself. They’ve seen too much political persecution to view the FBI as a legitimate authority deserving of any respect. For others, perhaps there’s still hope.

But the rank and file can’t rely on their bosses to right the ship. That won’t happen. It’s up to the rank and file to earn back the trust and respect of the American people—and thus their moral authority—before it is eroded beyond repair.

For any FBI Agent reading this, please realize that your time to do this is quickly running out.

Peter D’Abrosca is a Republican primary candidate for the 7th Congressional District of North Carolina.