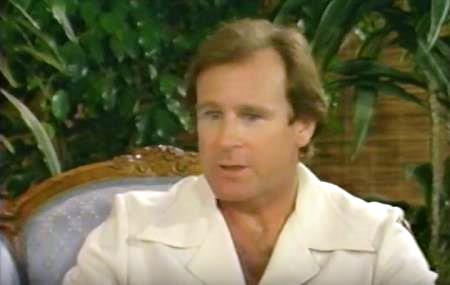 It’s April 5, way too late for April Fools.  So when I got two big surprises this morning, I knew they were for real.

First, there’s a fabulous photo essay on my Himalaya Helicopter Expedition in the Daily Mail.

Daily Mail Online is the most widely-read English-language news website in the world, with over 100 million unique visitors a month.  So this could get interesting.  My sons, Brandon and Jackson, who are poised to take the Wheeler Expeditions baton from me soon, are excited – as am I.

Not to worry, though – even with all this publicity, TTPers will always get first priority on any Wheeler Expedition!

Second, a friend just sent me a video that has recently appeared on YouTube – of an interview of me back in 1985, 33 years ago!  I had no idea this existed and had never seen it before this morning.

It’s with a lady named Elizabeth Clare Prophet, who had a ministry named Summit University.  I had just returned from Africa with the RENAMO freedom fighters in Mozambique, and the Jamba Conference in guerrilla-held Angola that formed an alliance between Anti-Soviet Freedom Fighters around the world.  So that was the focus of the interview.

My first reaction watching it was, wow, I sure looked younger then and had a lot more hair!  Next I noticed how relevant what I said – especially about the State Department – was to today.

Foggy Bottom will always be on the side of a government instead of people struggling for freedom because they want to have their diplomatic brilliance be the solution to any problem – and they can only do that with a government, not with resistance against it.

That’s why State’s diplos hate John Bolton, because he knows the only solution to Iran is flat out full regime change, nothing less.  See Michael Ledeen’s John Bolton and a Reagan Doctrine for Iran today (4/05).

In any regard, I hope you enjoy what I said a third of a century ago.  I think it still resonates and I hope you agree.  Note that it’s an hour long so you might want to watch it in bites.  Also, the opening intro for Summit University is really corny, but it only lasts for 56 seconds.

And don’t be shocked at how young I am!  (Actually, I was 41 back then.)  We were all young once.  For those of you who still are, take a moment to treasure it.  Here we go…