A SOTU TO REMEMBER 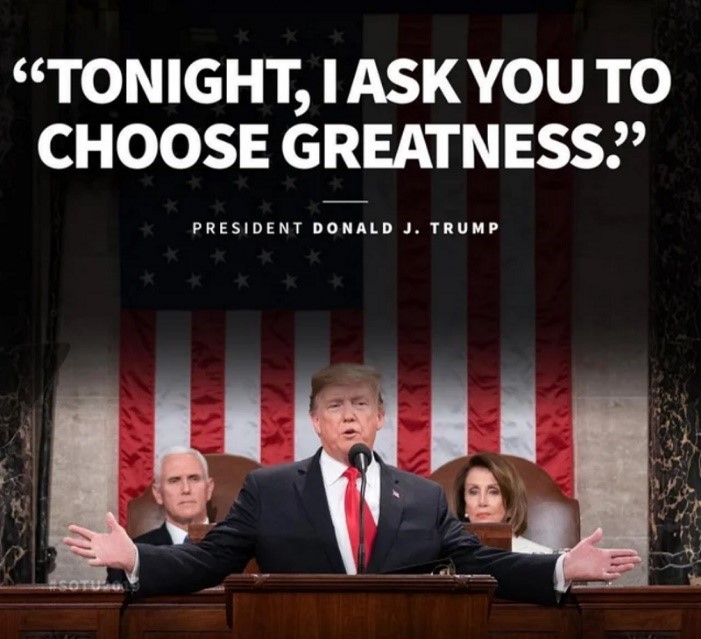 There are no adequate words.  All there is, is to join the chorus of acclamation that President Trump last night (2/05) delivered to Congress and America the greatest State of the Union address ever in our history.

There are simply too many quotes and moments to mention here.  Below you can watch it entire – whether you watched it last night or not, it will blow you away – but first some observations and the best memes.

The domination of the President over the Democrats in the House Chamber was overwhelming.  They were headlighted-deer stunned to find they were attending a Trump Rally – and joining in, chanting USA! USA! USA!

You probably will get tired of watching Pelosi contort her mouth all the time, or pick up the printed speech copy to read it.  That’s because the advance copy the White House gave her was very different from the one POTUS delivered.  He baited-switched her so she and other Dems couldn’t sabotage the SOTU to the press beforehand.

Yet Pelosi deserves thanks for those times (just after the 26 minute mark for example) when POTUS began saying something the Dems hated, you could see her raise her hand to shush them, and instantly they were quiet.

There were moments when you cried, when you laughed, when you cheered and shouted with joy – and those when you just shook your head in smiling amazement, as when the entire US Congress, Joint Chiefs of Staff, Presidential Cabinet, and Supreme Court Justices joined in singing “Happy Birthday” to Holocaust survivor Judah Samet, celebrating his 81st birthday after surviving a mass shooting at a Pittsburgh synagogue last October.

So here’s a collection of quotes and memes to enjoy. 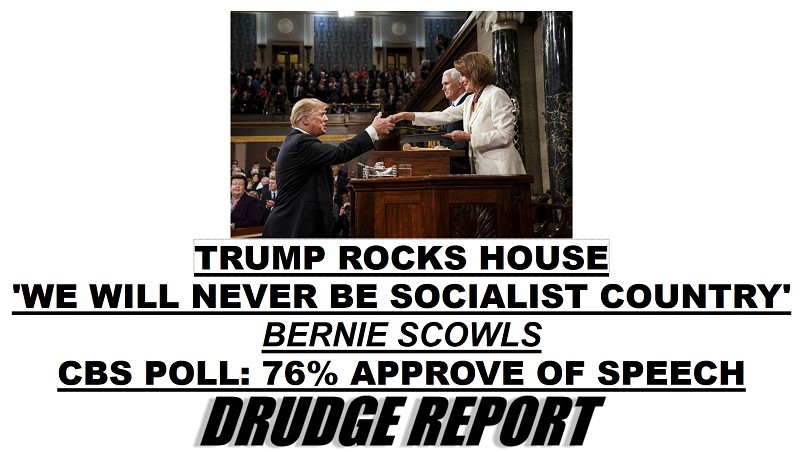 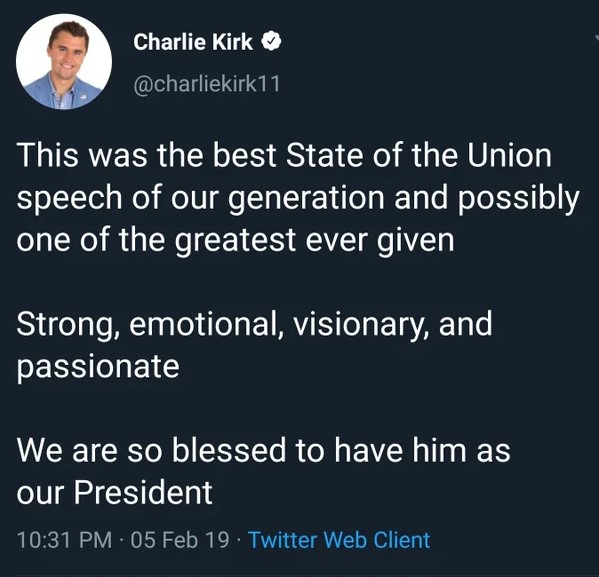 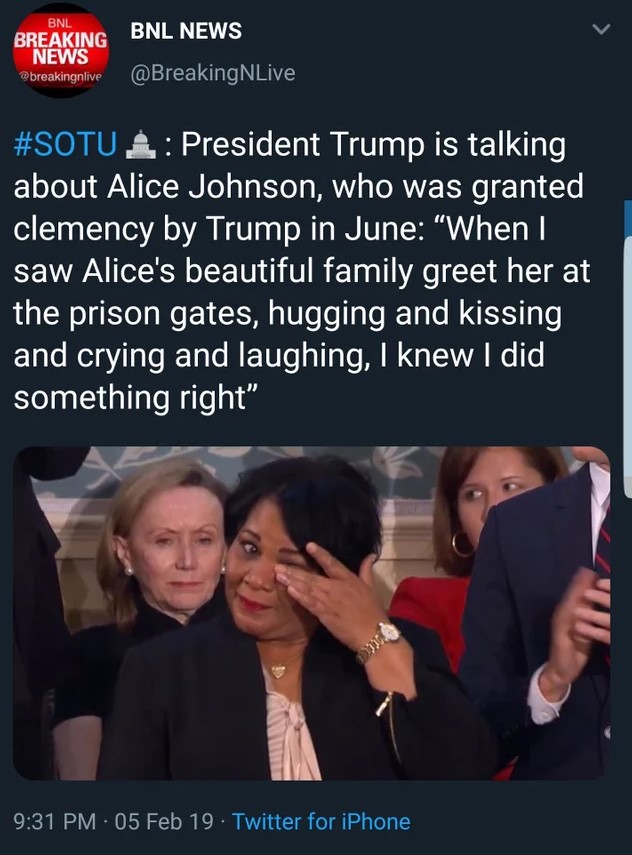 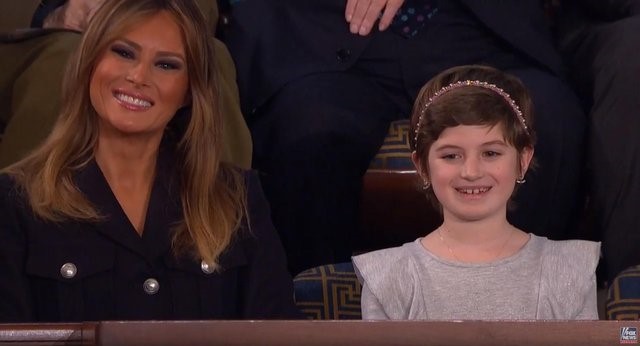 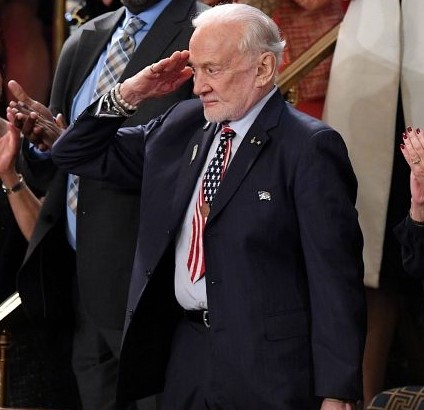 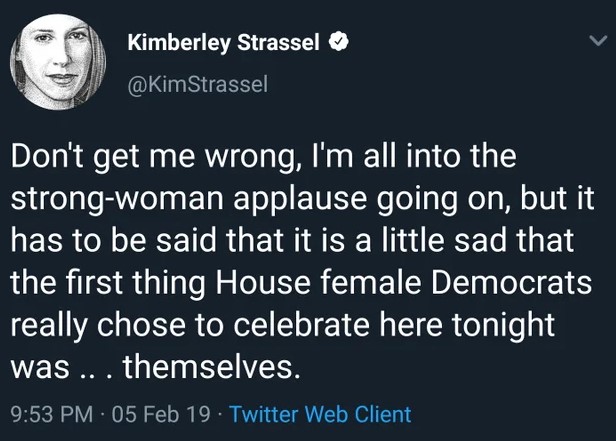 “Most women in Congress ever” 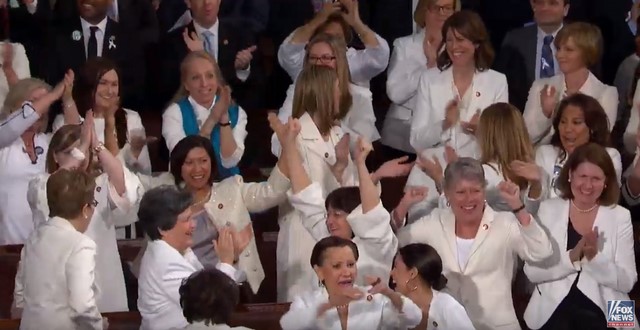 “Late term abortion is evil – it must be banned” 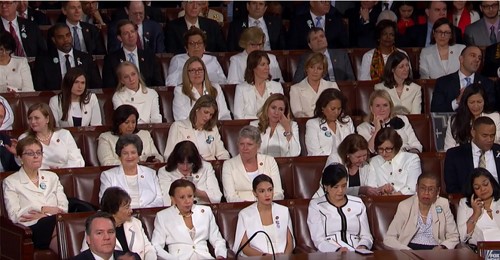 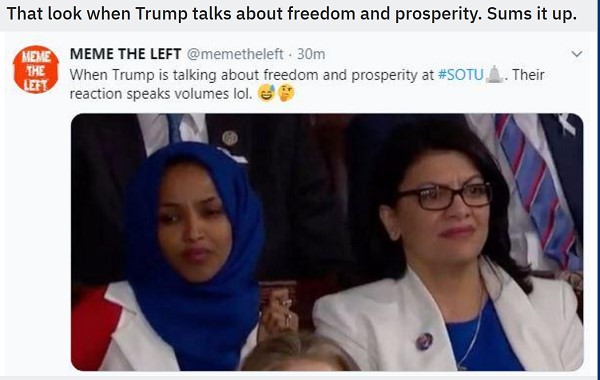 Not one single woman Democrat wore an American flag pin 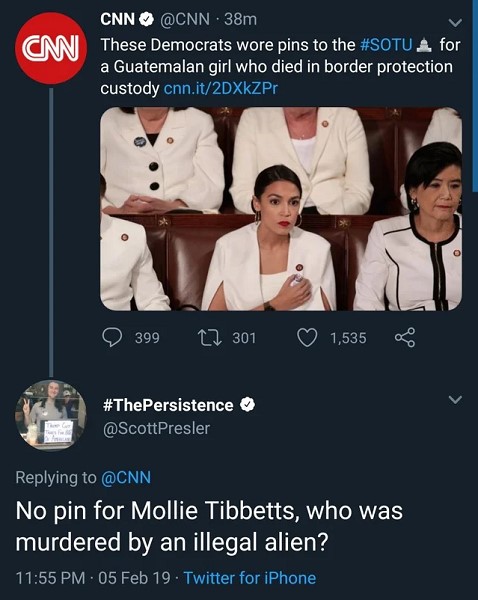 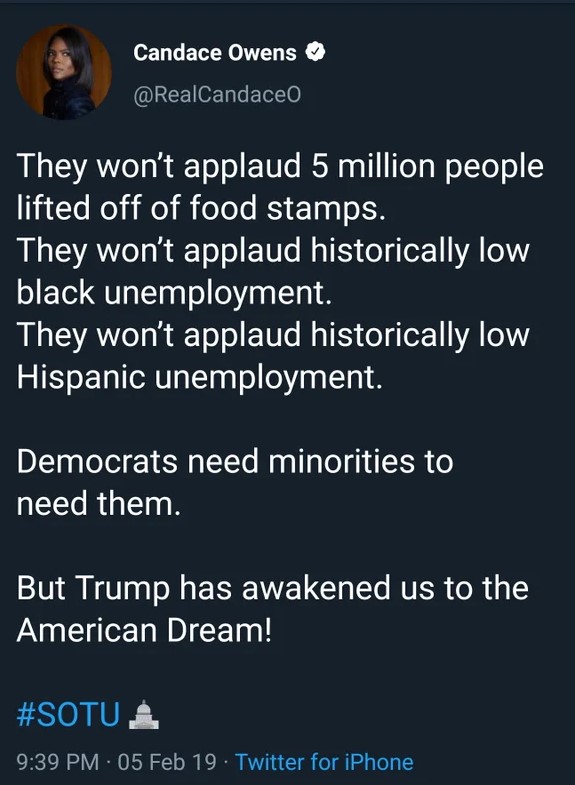 Who let these racist DemoKKKrats into the SOTU? 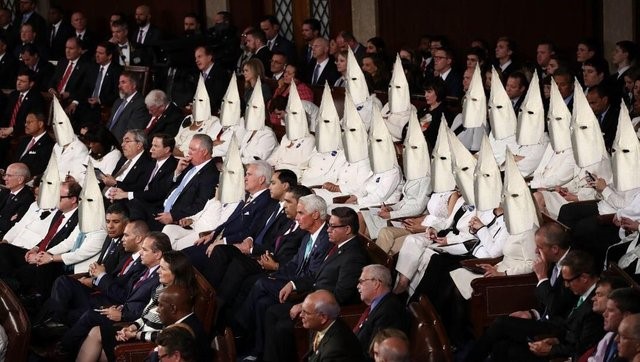 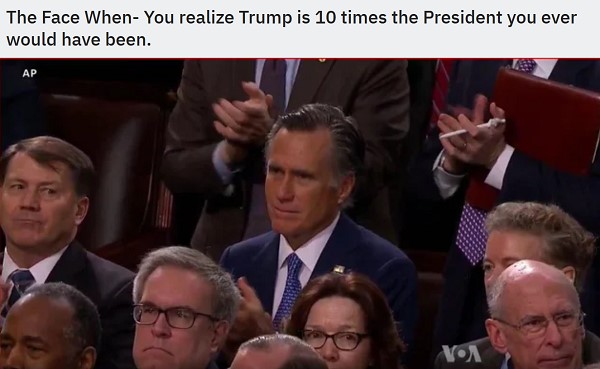 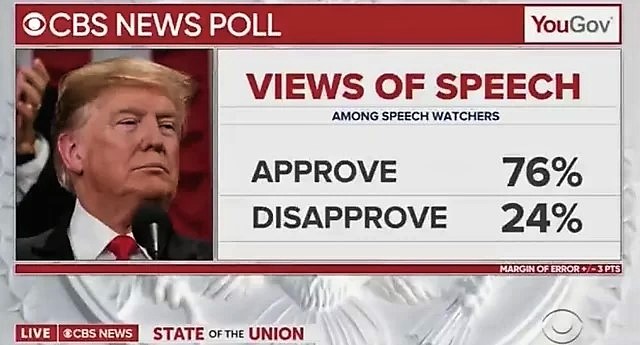 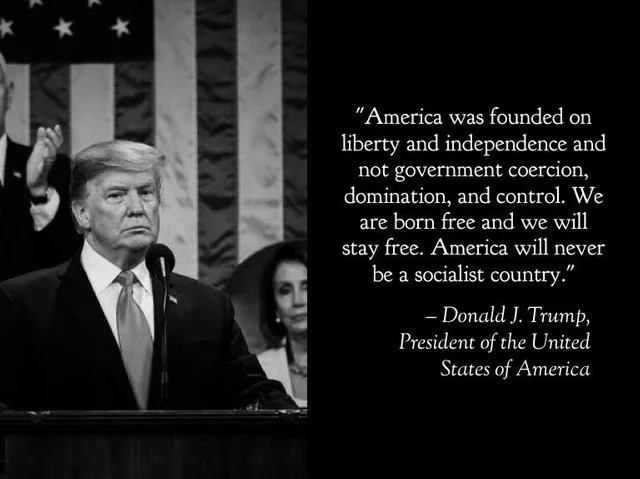 And now, enjoy watching the greatest SOTU ever.  Here is the official White House transcript as delivered last night.