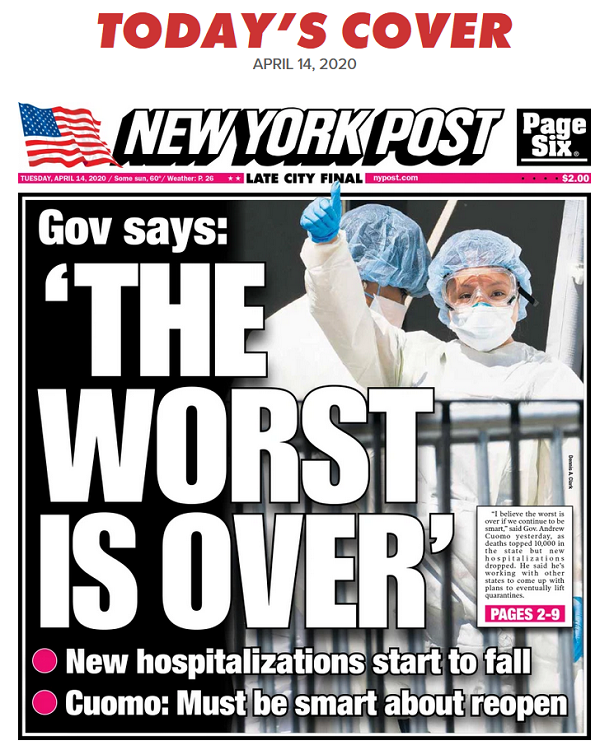 The story goes that early one evening after dinner in one of New York City’s best restaurants, Mark Twain was waiting outside underneath the awning over the entrance waiting for a hansom cab to take him back to his hotel.  A distinguished-looking man and his wife were waiting for their cab as well.

“Do you think it will stop raining?” the man asked Twain.  Arching his famous eyebrows, Twain looked at the man and replied, “It always has.”

Well, finally the downpour has ended.  The worst is over – yes it is.  It’s still drizzling, but soon the clouds will part and it will be blue skies again.

The Dems and their Enemedia propagandists will wail and complain, wanting to prolong the lockdowns in order to do irreparable damage of the lives of millions of Americans so they won’t vote for POTUS in November.  Sorry, not gonna work, guys.

Hope you enjoyed the kick in the huevos POTUS gave the Enemedia at the White House briefing yesterday (4/13):

And his master-trolling them with this: 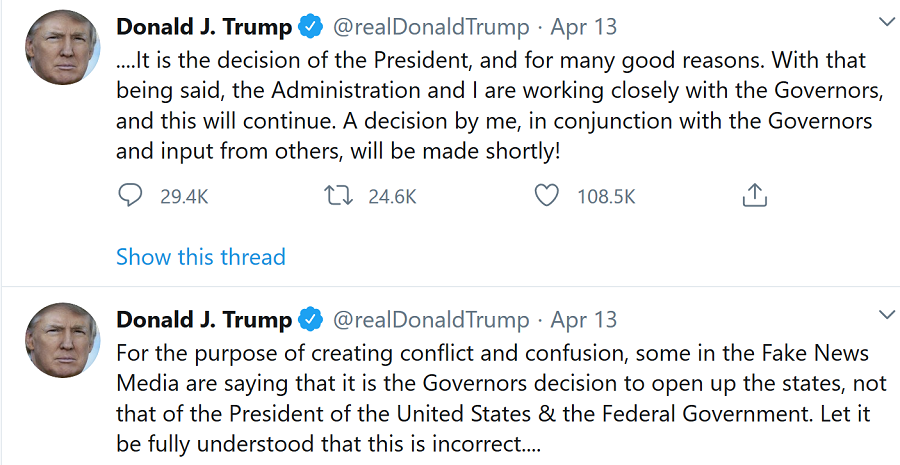 In other words, he is not going to let the Libtard Governors of the Left Coast conspire with those of the Northeast (and that Half-Wit Gov in Michigan) to slowdown recovery in their states.  He followed it up with this fabulous call this afternoon (4/14) to citizens in their states to mutiny and rebel against the lockdowns strangling them:

One clear sign is in Michigan, where as of this afternoon, over 225,000 Michiganders have signed a petition to recall Gretchen Witmer, and 300,000 have joined a Facebook group Michiganders Against Excessive Quarantine.

There will be plenty more of this in the days to come.  This is just a short note to you all to say, Yes it is – the worst is over.  We are on the road to recovery.  I said last month that this would be over by May 1st, and that now may be on target.

It may be no coincidence that our country’s resurrection has begun a few days after Easter Sunday.  Blue skies ahead, TTpers!