2 The Point News » Guest Authors » Members Only » WOKE POLITICS: THE DEMOCRATS’ PLAN FOR A PERMANENT MAJORITY

WOKE POLITICS: THE DEMOCRATS’ PLAN FOR A PERMANENT MAJORITY 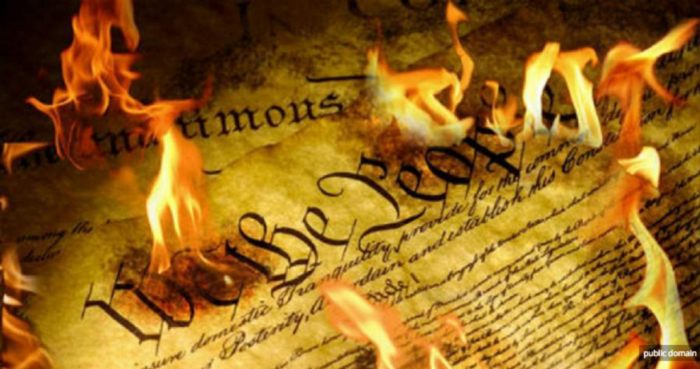 With the 2020 election in the rear-view mirror, it is timely to focus on election politics for 2022 and beyond.

The first step is pattern recognition: The Democrats are pursuing a multi-prong strategy to cement a permanent majority.  To accomplish the goal requires upending the constitutional design.  Until the scope of this effort is seen in its entirety, it can proceed in the shadows.

It has six astonishing elements:

Who Can Run for President?

So long as you are thirty-five, a natural-born citizen and a 14-year resident, it is the birthright of every American to aspire to the nation’s highest elective office.  The right extends even to one-term presidents.

Notwithstanding the recent acquittal, Democrats claim as a principle that the President, former or sitting, can be disqualified from seeking the presidency if convicted upon impeachment or barred from office under the 14th Amendment for inciting insurrection.

This is dangerous overreach.  For impeachment, disqualification by Congress extends only to “any office of honor, trust or profit,” which limits disqualification to offices created or regulated pursuant to federal statute, and hence does not include the President.

Likewise, under the 14th Amendment, the bar from office in relevant part applies to “an officer of the United States,” i.e., appointed officers, as explained by Chief Justice Roberts in a 2010 decision: “The people do not vote for the ‘Officers of the United States’.”

Absent an amendment, the Constitution ensures that the people, not Congress, solely determine whom to elect as President.  It is a principle that applies to both parties and is a bedrock right in this country.  Or used to be.

The Electoral College system is this nation’s protection that the President is elected pursuant to representative democracy, not a popular vote.

That choice is enshrined in the Constitution and can be changed only through the amendment process.  In practice, it prevents a handful of cities, in a small number of states, from effectively determining the outcome of the presidential election.

While little noticed among the general public, sixteen states to date have signed onto the so-called National Popular Vote Interstate Compact (“NPVC”).

Under the agreement, signatory states obligate themselves to appoint their electors based on whomever wins the national popular vote, regardless of the results in their own state.

The agreement comes into force when the signatory states represent 270 electoral votes, or one more than 50% of the total 538 total votes, thus assuring that a minority of states will determine the future winner of presidential elections.  The current sixteen states represent 196 electoral votes. The compact is thus only 74 votes short of taking effect.

If upheld by SCOTUS, the NPVC will bypass the Electoral College and forever change the presidential election process.  In many conceivable scenarios, it will alter the winner and party that holds the presidency. In plain terms, the NPVC is designed to give Democrats a stranglehold on the presidency, due to overwhelming majorities in large cities.

The Constitution forbids states to “enter into any Agreement or Compact with another State,” without the consent of Congress.  The danger here is that Democrats control Congress at the time the NPVC becomes effective.

There also will be challenges to NPVC based on a state’s plenary, but not limitless, power to determine rules for elections, potential equal protection challenges and theories that the NPVC in requiring congressional consent conflicts with state sovereignty with respect to presidential elections.

What can be said with certainty is that the NPVC, in sidestepping the Electoral College system without constitutional amendment, kicks the nation’s political future to a game of judicial chance.  It underscores yet again why any court packing scheme would be so dangerous.

The Democrats identify their top legislative priority as H.R. 1, unsatirically titled “For the People Act of 2021.”

It is a 600-page compendium wish list of voting legislation that will, among much else, cement the 2020 election process into federal law.   And this barely scratches the scope of the bill that additionally seeks to regulate campaign finance, redistricting and campaign ethics.

It is the application of H.R. 1 that calls for attention.  It covers “federal elections,” not specifically congressional elections, which intentionally elides whether the legislation would reach to presidential elections.

Congress indeed has broad, plenary authority to regulate the “times, places and manner” of Senate and House elections.  But with regard to the presidential election, it is the states that have this exclusive power.  Congressional power is limited to rules on electors, unless a specific independent right is implicated, such as equal protection.

Join sweeping voting mandates to “federal elections” and it is a certainty the provisions, in practice, will be applied in force to presidential elections.  State legislators beware.  This is where the action will be in the coming years.

The Constitution assigns to the states the duty to protect the integrity of presidential elections.  This is not partisan.  Prior to 2020, all parties warned against the high potential for fraud inherent in vote by mail.

As is the theme throughout, the District is the constitutionally created “Seat of Government,” not subject to resizing by Congress, known as retrocession, and not a state pursuant to the so-called Composition Clause of the Constitution.

Conversion to statehood can only be achieved by constitutional amendment.  But not according to H.R. 1, which flatly declares in its “findings” that “[t]here are no constitutional, historical, fiscal, or economic reasons why Americans who live in the District of Columbia should not be granted statehood.”

As a little remembered Congressman Phil Hare once put it on a different matter, “I don’t worry about the Constitution on this, to be honest.”  He was a Democrat, of course (IL-7 2007-2011).

The First Amendment and Political Speech

The Democrats will not rest until they overturn Citizens United, which protects the First Amendment right to air political speech, in that case the documentary film “Hillary: The Movie,” 90 days leading up to an election.

It constitutes the evergreen staple of Democrat fundraising and merited the public outing of the Supreme Court in a presidential State of the Union address (Obama’s in 2015).

Under H.R. 1 or its progeny, airing criticism of Hillary Clinton, or a future candidate, can be censored and in the window when most citizens pay close attention.  Far from protecting free speech, Democrats see Citizens United as “empower[ing] large corporations, extremely wealthy individuals, and special interests to dominate election spending, corrupt our politics, and degrade our democracy through tidal waves of unlimited and anonymous spending.”

Remember that a documentary is at issue here, not, as an expert in psychological projection might suggest, Mark Zuckerberg and Big Tech.  Their money and influence are just fine.

It was President Obama who famously acknowledged, before he didn’t, that it is for Congress and Congress alone to change immigration law.  But now that Joe Biden is President, it is crickets from the media on executive action that plainly usurps congressional authority.

If anyone doubts the politics at play here, simply imagine it were the case that illegal aliens voted Republican.   The Democrats and the media would howl at the unconstitutional usurpation by executive action.  And they would be right.  For the abuse of office, they might even demand impeachment, that little used constitutional remedy.

So, there is the plan in plain sight.  It is an astonishing challenge to our future and to the constitutional protections at the core of the American experiment in representative democracy.

William Levin is a graduate of Yale Law School and a former special assistant in the Office of Legal Counsel in the Department of Justice.