2 The Point News » Guest Authors » Members Only » WOKE JOE EMERGES FROM HIBERNATION – TO ANY AVAIL?

WOKE JOE EMERGES FROM HIBERNATION – TO ANY AVAIL? 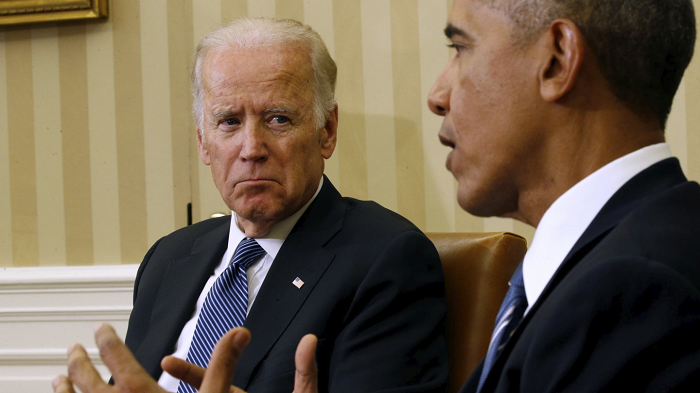 The Democrat presidential nominee had embraced one of the most bizarre but—until recently—effective strategies thus far in a presidential campaign.

Like some fictive vampire, Joe Biden has been ensconced in a basement tomb and, now pale, he is reemerging into the light and finding the glare all but lethal.

Under the cloak of the coronavirus and national quarantine, Biden essentially had shut down his campaign from late March to the present. Ostensibly, his handlers believed that any downside of appearing to play-rope-a-dope and to avoid unscripted events was more than outweighed by not putting a frail 77-year-old man with cognitive challenges out on the campaign trail for 16-hour days.

Or as his former boss, Barack Obama, reportedly warned Biden of the looming 2020 ordeal, “You don’t have to do this, Joe, you really don’t.”

The “Summer of Love”

As the media-constructed summer news cycle from May through August wounded Trump—Trump, the Typhoid Mary, COVID-enabler Trump, the mask denialist and bleach drinker Trump, the Herbert Hoover economy-wrecker Trump, the reincarnation of the racist Lester Maddox Trump—Biden kept torpid in his home basement.

And that mostly successful sequestration required complete complicity from our elite.

Mainstream polls, though still wounded from their 2016 washout, once showed Biden had a substantial lead. As Biden snoozed, the media was certainly doing more damage to Trump than an active Biden might ever have inflicted.

In brilliantly diabolical fashion, the now virtual campaign was outsourced to subordinates but not in any traditional sense.

House Speaker Nancy Pelosi and Senator Chuck Schumer would obstruct economic relief by holding bills hostage to blue-state demands for massive multibillion-dollar bailouts of their insolvency and past profligacy.

Trump would then look callous by not expanding on the prior $4 trillion stimulus that allowed many wage earners to make as much on government assistance than they would have had they returned to work. In the Democrats’ logic, printing only $4 trillion in cash would now soon be seen as cold-hearted.

Then there was the media’s role. It was tasked with the sniper’s work of aiming, shooting, and then scurrying off to the next ambush nest. That is, every few days a new media-driven “scandal” would surface to put Trump on the defensive and allow the congealed Biden to remain phlegmatic without much concern.

And so it has been lately. We were told Trump didn’t blink an eye when his friend Vladimir Putin was putting bounty money on American soldiers in Afghanistan. When that myth was refuted, next Trump was stealthily yanking away public mailbox stands, no doubt to sabotage mail-in-voting.

Then there was Trump the coup-master, who would never leave the White House after his inevitable November defeat—hence the tolerance of another round of actual coup talk from our retired humanistic generals and admirals.

Next in the queue was Trump as the vile slanderer of American war dead who was terrified to ride in a helicopter to cemeteries, given his dry hair was worth far more than the hassle of praising fallen “suckers” and “losers.”

Bob Woodward, in his sequel to his last 2018 “bombshell” Trump take-down book, waited patiently in line for his new charge that Trump lied about COVID-19 and thus logically was culpable for mass death, even as his top military and intelligence officials knew that he was unfit and needed an “intervention” apparently to remove him.

More of this will come every week until the election.

The problem is not whether these media mythologies work to drive down Trump’s polls and eat up the finite days left in the campaign—so far they have had only a hit-and-miss effect.

But rather, will the sheer monotony and predictability of these “walls are closing in” disclosures simply go the way of the Mueller team’s leaked news bulletins of imminent Trump indictment and frog-marching out of the White House?

Like cheap funny money, the currency of these concoctions eventually becomes so ubiquitous and inflated to the point of being worthless. Or perhaps a better metaphor is vaccination: the more the Biden team orchestrates these inert serial “scandals,” the more they provide antibodies and with them immunity to the next assault.

The big-money donors were given their tasks. On spec, George Soros promised his millions to route through various anti-Trump PACs. Mike Bloomberg said he would chip in $100 million to ensure Trump would lose—on his theory that his millions would not be burned up for nothing if he at least was not on the ballot. Billionaires promised more millions for the Lincoln Project.

In the next seven weeks, many of the Fortune 500 wealthy families will have pledged their assistance to Biden who, as likely as Hillary did in 2016, will outraise Trump.

We are reminded again that the new Democrat Party is the alliance of the nation’s richest, in league with those in most need of public assistance, with both sharing an innate disdain for the middle classes.

Then there are the foot soldiers of the Biden campaign, which is the de facto military wing of the Democrat Party. These are the nasal-voiced Antifa veterans, who appear nightly in road-warrior garb to burn and destroy, along with their BLM partners who will riot and loot.

Their collective message is that anarchy, chaos, and mayhem are the inevitable wages of a Trump presidency. A vote for the newly rebooted Biden socialist agenda—everything from the Green New Deal to reparations and open borders—supposedly will magically dissipate the carnage by mid-November.

The logic is that the rioters and arsonists now hold the country hostage, as if to say “you can snap out of your fetal position and rise up if you just vote for our puppet Biden.”

And Biden himself is also their hostage on the premise that to get nominated he had to renounce his former self, and for the next month or more, if he expects them to help elect him, he will have to keep mum on the violence and wink that he too is now a Democrat socialist.

Finally, there is the Biden basement campaign itself.

Up until this week, it largely was a stage crew. Flaks wrote scripted questions for preselected obsequious journalists. They set up strategically located stealthy teleprompters. They wrote out Biden’s talking points and canned quotations on Biden’s iPhone. And they sent out a cadre of young contextualizers to the networks to suggest instead that Biden, in virtuoso fashion, was batting away hard-hitting questions with ease.

The Return of Fighting Ol’ Joe from Scranton?

Biden then, not only has a war room, but also an intensive care unit whose task is to deny—and reinterpret—the prior day’s Bidenisms.  And Biden’s rambling themes predictably are twofold.

*Gaffes that will usually entail some creepy reference to women as in last week’s macabre riff about a veteran killing a young woman (inspiring stuff for an audience of U.S. military vets?), or the chance for former quartermasters to find jobs in the “second floor” lady’s department in chain stores.

*Clumsy racial pandering of the sort from “you ain’t black” to shaking with Latino music on his iPhone.

Otherwise, it is the usual stuff, such as 200 million Americans—over 60 percent of the U.S. population—already dead from COVID-19, all Trump’s fault of course.

Again, Biden’s hibernation was predicated on the assumption that Trump, by September, would be imploding from a swarming virus, a recession devolving into depression, a national quarantine mimicking a Communist Chinese shutdown, and the George Floyd death sparking a 1960s-style nonstop mass protest movement.

Trump so far has never run against Biden, given the latter has no agenda that we know of, no plan of competing action other than impromptu homilies and “here’s the deal” generalities. Instead, it has always been Trump versus a virus, a lockdown, a recession, and a riot.

What then brought Basement Biden out in the daylight to risk blowing up his campaign with five minutes of talk?

Polls seem to be closing. They likely reflect that the public is beginning to think COVID-19 is no longer the bubonic plague, that the recession will be more likely ending in recovery than in a 1929-style depression, that 50 million schoolchildren are in greater danger of ill health shut up at home than in school, and that the violence in our streets no longer has much to do with the death of George Floyd.

The critical problem here is not that Biden is now necessarily behind in the polls. Rather, there is no backup strategy to stop the slow but steady Trump trajectory. Trafalgar, one of the best pollsters, now has Trump leading Biden in both Wisconsin and Michigan.

Trump at age 74 seems more like he’s 64; while Biden’s 77 is more akin to 88. Trump can cover three times the ground. As presidents do, he can stage his own October surprise “breakthroughs,” as we saw last week in the Middle East, or at home with an unexpected Durham indictment or two.

Experts assured us nonstop that a repeat of 2016 was impossible. The pollsters had learned their lessons. So did the media that purportedly were no longer so haughty and publicly biased. No president could overcome a year of virus, quarantine, recession, and riots. Trump would be even more outspent than four years earlier.

And yet here we are with the clouds of another 2016 perfect storm gathering. So now, in the 11th hour, Biden is slowly becoming a candidate and not a mere projection on Zoom.

The Joe of 1988 and 2008 has returned for a third attempt as the “first” in his family to have gone to college, the fracking scion of Scranton’s “coal” miners, the hard-scrabble guy who took the train to Washington, but this time around as the stealth vessel for a Bernie Sanders agenda.

Don’t expect that Biden suddenly will become comprehensible, much less offer a detailed counterplan to Trump. Instead assume that House and Senate Democrats will obstruct and make more wild accusations.

The media will offer more scandals and slanted polls.

A new tell-all book will line up for its 10 minutes of fame.

An angry former administration employee or yet another “heroic” retired four-star general will emerge to tweet out his disgust.

Still more billionaires will brag that they are giving Biden millions.

Will the return of Joe preserve his rapidly eroding fourth-quarter lead? Only if his reentry assumes that Biden will keep mum for six weeks or suddenly and magically sound extemporaneously presidential or the media can selectively edit everything he says.

What are the odds that’s a Mission Impossible during a live national debate mano-a-mano with Trump?

So Barack Obama was prescient when he feared what a Biden candidacy might do to his legacy or to Biden himself. But I would only slightly reword his warning to read something like the following:

“Joe, you don’t have to do this to the country. Joe, you really don’t.”