WIPING OUT ON THE BLUE WAVE 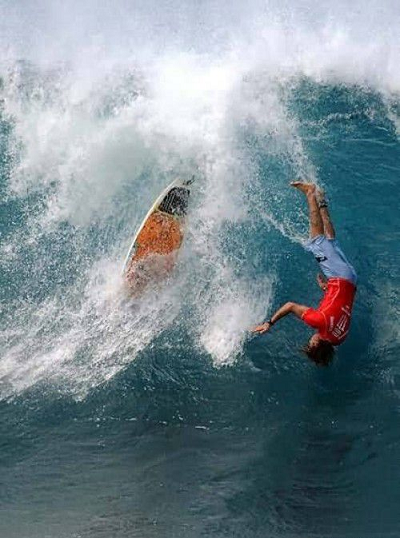 Every day now we hear Democrats talking about their “Blue Wave” that will put this Alzheimer’s sufferer back in the House Speakership: 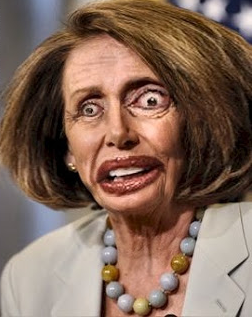 Yet, as all surfers know, riding a big wave risks what they joyously call a “wipeout.”  So let’s do a thought experiment.

Imagine you are a Democrat running for Congress in a GOP-held district this year.

Every Democrat in Congress voted against tax cuts that put more money into the pockets of middle class Americans, triggered an economic boom.

Adding insult to injury, Democrat leaders sneered at $40 a week more in paychecks, $1,000 bonuses as “crumbs.”

Every Democrat in the Senate voted for the Schumer Shutdown of the government in an effort to get preferential treatment for illegal aliens, at the expense of American soldiers and health care for American children.

According to this Quinnipiac poll, 79 percent of Americans think DACA “kids” (most of whom are adults in their middle to late 20s) should be permitted to remain in the country, eventually be allowed to apply for citizenship.

President Trump offered a plan to do just that, but Democrat leaders rejected it, because the president also wants to limit chain migration to spouses and (minor) children, end the visa “diversity lottery,” and build a wall in high traffic areas along the Mexican border.

According to this Harvard-Merris poll, the same percentage of Americans who want to let DACA “kids” remain (79%) want secure borders, which 61 percent of respondents said we don’t have.

When asked: “Would you favor or oppose a congressional deal that gives the undocumented immigrants brought here by their parents and a path to citizenship in exchange for increasing merit preference over preference for relatives, eliminating the diversity lottery, and funding barrier security on the U.S.-Mexico border?”

Bear in mind that in a Republican-leaning district like yours, fewer would want the DACA “kids” to stay; more would support border security measures.

Furthermore, many more people care intensely about border security than care very much about whether DACA “kids” stay or go.

Democrats would rather have the DACA issue than a DACA settlement, depend on chain migration for (often illegal) votes. But they can’t say that.

President Trump can drive a wedge between Democrats and Hispanics by decrying Dems’ cynical use of the DACA “kids.” Look for him to do that in the SOTU tonight (1/30).

There will, or will not be a DACA deal by March 6. Either way, Trump wins.

The president will get most of the credit if there is a deal. It will accomplish his foremost goals (bye bye chain migration, hello wall). Illegal immigration will all but disappear as an issue in future elections.

If there’s no deal, Democrats like you will have to explain why you reject both border security and the best interests of the “Dreamers.” It’ll become more awkward to answer as ICE begins to deport them.

Your Republican opponent has the advantage on tax cuts, jobs, economic growth, illegal immigration. What issue can you use to gain traction in a GOP leaning district?

Ever since FDR, Democrats have made a big deal about spending on public works, which is always popular.

But You Know Who just proposed spending $1.7 trillion to rebuild infrastructure. So whaddya do? Say “me too?” Quibble about details? Oppose because Trump proposed it?

People don’t care much about foreign policy unless we’re in a war, or one is imminent. Trump crushed ISIS after Obama let the terrorists run riot for years. It wasn’t Trump who did nothing while North Korea was building nuclear bombs and missiles capable of striking the United States. Now is not a good time to sing the praises of the Iran deal.

The Republican War on Women? There are more women in prominent positions in the Trump administration than in any preceding his.

For most Democrats, the most important “right” women have is to kill their baby up until just before it emerges from the womb. But that view increasingly is at odds with public opinion.

According to this Marist poll, 63 percent of Americans think abortion should be banned after 20 weeks of pregnancy, 60 percent oppose using tax dollars to pay for abortions, 56 percent say abortion is immoral.

And you’re running in a Republican leaning district, where pro-life sentiment is stronger than on average.

Now that the air has gone out of the muh Russia balloon, you can’t call the president a traitor anymore. All that’s left are personal insults.

That’ll work… in San Francisco, Manhattan, or a 4th grade schoolyard. But you are running in a district President Trump won. So you might think it prudent to dial back the insults.

But that’s a problem too. The average winning House candidate spent more than $1.3 million in 2016. If you’re not filthy rich, you’re going to need help.

Don’t expect much from the DNC or the DCCC. They’re virtually broke. Most big contributors are either buying influence, or paying protection. But you can’t buy influence from, and you don’t need to pay protection to the party out of power.

In the past, Democrats could rely on endorsements, and big checks, from Hollywood. But since the sex scandals broke, support from Hollywood bigs can be more a curse than a blessing. Do you really want Kevin Spacey or Harvey Weinstein to headline a fundraiser for you?

The Silicon Valley billionaires will spend big on politics. But they’re batguano crazy. If you don’t support impeachment, open borders, and other stuff that’s poison in your district, you won’t get a dime from them.

To get the money you need to reach out to voters in your district, you have to take positions that turn most of them off. Catch 22.

If you take moderate stances on some issues, you’ll have another problem besides being broke.

Because yours is a district a Republican won last time, there aren’t nearly as many moonbats in it as there are in New York or San Francisco. But moonbats form a critical portion of your base. If you don’t do the full impeachment/open borders thing, their enthusiasm for voting will diminish.

That Blue Wave some predict for November? It’ll come riding in on unicorns sprinkling fairy dust.

Meanwhile, enjoy watching this compilation of wipeouts as you rock on to the Surfaris’ 1963 classic, Wipeout!   It could be the Dem’s theme song of 2018.