2 The Point News » Guest Authors » Members Only » WILL SIBERIA SECEDE FROM RUSSIA?

WILL SIBERIA SECEDE FROM RUSSIA?

The protests in Khabarovsk and other Russian cities in Siberia and the Far East over the last month have called attention to something that has been a problem for the central Russian government since at least the 19th century.

Russia east of the Urals is simply too big in size and too small in population; too economically important and too central to the self-conception of Russians everywhere; too far away from Moscow and too close to China and the Pacific; and yet, too culturally different from Russians in the European portions of the country.

Moscow is already more concerned about Siberian regionalism than ever before. But now, the Siberians themselves—ethnic Russian and non-Russian alike—are giving the center more compelling reasons to worry. 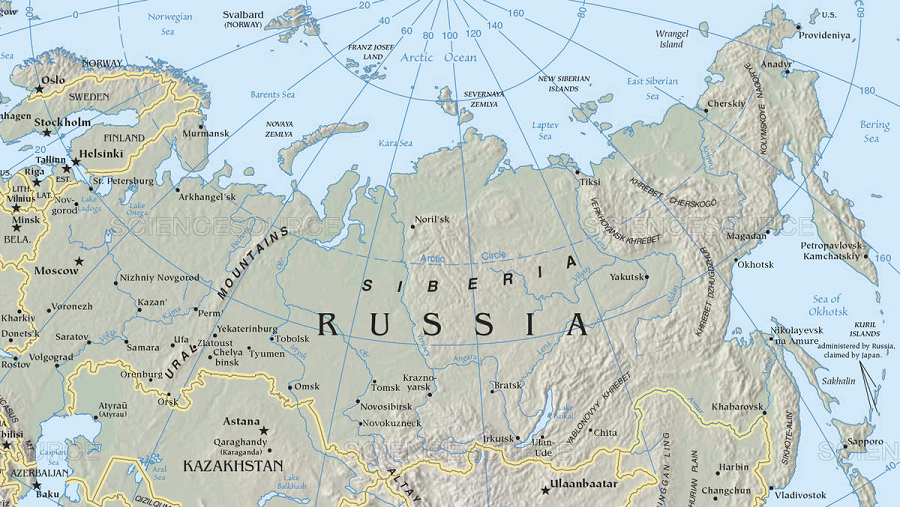 Russia east of the Urals comprises more than three-fourths of the Russian Federation but has only about one-fifth of that country’s population.  5.1 million square miles of a total 6.6; 33 million people out of a total 147.

Soberia is where most of Russia’s natural resources are to be found, though the earnings from their extraction largely go to Moscow and not to local people.

The region is three to ten time zones east of Moscow and is linked to the center by few roads or rail lines. Its people are far closer to China and other Pacific rim countries—including the United States—than to the core of the Russian Federation. Because of their roots in explorers, those fleeing oppression, and those sent to gulags there by the state for punishment, eastern Russians have always been more independent minded and entrepreneurial than Russians in central and western Russia.

Perhaps the most important measure of this cultural divide is that Protestant faiths dominate the religious scene there, not the Russian Orthodox Church of the Moscow Patriarchate (Zabinfo.ru).

All these features of the Siberian cultural and political scene stem from the tsarist period. In 1818, Russian commentator Nikolay Novikov called attention to the uniqueness of Siberia among Russian lands, pointing out that it had never known serfdom or tight imperial control.

He argued that Siberia should, therefore, eventually become an independent country. His ideas were dismissed by imperial authorities as “the inventions of Siberian bureaucrats” who wanted more power for themselves or of foreigners who wanted to snatch the region from the empire.

But the notion had deep roots and continued to influence the thinking of people in the region. Following St. Petersburg’s suppression of the Polish revolt in 1863 and the exiling of Polish revolutionaries to Siberia, the authorities uncovered an alleged “conspiracy of Siberian separatists.”

The tsarist government brought Grigory Potanin, Nikolay Yadrintsev and Afanasiy Shchapov to trial. These three men came to be known as the founding fathers of what was eventually termed oblastnichestvo, the Russian word for regionalism in general but typically applied only to its Siberian variant.

However, their legal case, instead of wiping out Siberian regionalism, actually attracted more attention to their ideas, thus ensuring the survival of oblastnichestvo. Tsarist, Soviet and Russian governments have made similar mistakes since (John Stephan, The Russian Far East, Stanford, 1996).

In the last decades of tsarist power, oblastnichestvo continued to spread as an idea; and when the Russian central government collapsed in 1917, Siberian regionalists were ready to act. By mid-1918, most of Siberia had been cleared of Bolsheviks; and on June 17, a date Siberians still mark, a Provisional Siberian Government issued “a declaration on the state independence of Siberia,” with Omsk as its capital.

Had it sought immediate separation from Bolshevik Moscow or had it not been equally opposed by the anti-Bolshevik movement led by Admiral Alexander Kolchak, Siberia might have gained real independence then. Indeed, though its leadership chose not to pursue this, the region could have sought to exchange a declaration of neutrality in the Russian Civil War for Moscow’s recognition of its independence.

When that failed to happen, Siberians briefly declared the formation of a buffer Far Eastern Republic (1920–1922), which today’s Khabarovsk protesters have been referring to (URA.ru, July 28).

Soviet occupation followed, and Moscow proceeded to engage in divide-and-rule tactics against the Siberians. It kept re-dividing the region into ever smaller territories to block the emergence of a Siberian identity (Region.expert, October 19, 2019). Moscow relies on those divisions to this day, but Vladimir Putin’s creation of overarching federal districts has worked in the opposite direction.

And it is worth noting that one of the reasons Khabarovsk residents are in the streets was Moscow’s decision to move the headquarters of the Far Eastern Federal District from their city to Vladivostok.

Moscow has long assumed it could count on Russian fears of Chinese expansionism to keep the Siberians in line. But in the last few years, with Moscow granting concessions to Chinese firms in the region, the center has produced what it most fears: Russians in Siberia are often just as angry at Moscow as they are at China; and they have been demanding greater autonomy and even talking on occasion about “a United States of Siberia.”

They see China as an economic success story they are not allowed to be part of and Moscow as facilitating rather than limiting any Chinese advance. In this way, along with its clumsy efforts to suppress federalist ideas, Moscow has been promoting regionalism and even separatism across Russia east of the Urals.

Some in Moscow are finally beginning to pay attention to Siberian regionalism, but most in the Kremlin still believe Siberians are incapable of acting on their own. Moreover, Russia’s leadership remains convinced that Moscow has plenty of ways to counter such moves without making concessions.

They believe that any regionalist or secessionist process in Siberia is not internal but is fueled by the United States, Ukraine, George Soros or infamous “Western voices” like Radio Liberty, which has been devoting increasing attention to Siberia.

The Kremlin continues to make mistakes, failing to recognize the most important aspect of regionalism in Siberia and the Russian Far East. It is not ethnically limited but rather encompasses various ethnic and religious groups, economic interests, and almost all political parties—as has been the case in Khabarovsk.

Moscow is not alone in failing to recognize the power of regionalism. Like the Russian authorities, most Western analysts have overlearned the events of 1991 and continue to assume that nationalism, not regionalism, is the only real threat worth tracking. To be sure, nationalism does remain strong in the North Caucasus, Middle Volga and among the peoples of the High North, but regionalism is already more intense and, thus, will likely play a key role in the future of the Russian Federation.

As the demonstrations in the streets of Khabarovsk show, regionalism may replace the role of nationalism in the next Russian revolution that may break apart Russia itself as it did the Soviet Union.