WHY THE DEMOCRATS HAVE EMBRACED ANTI-SEMITISM 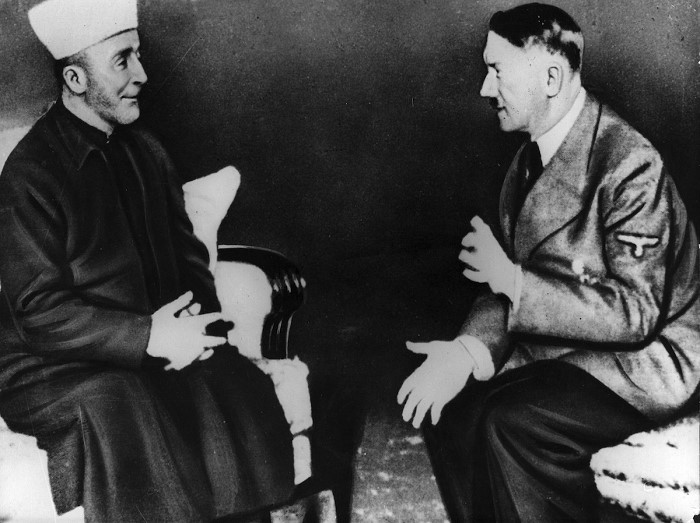 If you harbor any doubts that the Democrat Party has fully embraced anti-Semitism, you can put them to rest by tuning in to C-SPAN and watching the replay of a single congressional session that began at 3:30 p.m. Wednesday (5/15).

The representative standing at the Rostrum, proudly presiding over the floor proceedings for the United States House of Representatives was none other than Rashida Tlaib.

Speaker Nancy Pelosi and Majority Leader Steny Hoyer have gone beyond their disgraceful defense of Tlaib’s grotesque distortions of Middle East history and have decided to rub the electorate’s face in a calculated exercise in bigotry.

And there can be little doubt that this was part of a well-thought-out strategy. You will have noticed that the Detroit congresswoman’s latest provocation produced none of the dithering that characterized the reaction of the very same Democrat leaders to Rep. Ilhan Omar’s March foray into anti-Semitism.

Pelosi and Hoyer immediately responded to the inevitable denunciation of Tlaib’s remarks by the Republicans, claiming her words were somehow taken out of context and that she was owed an apology. This response was as mendacious as Tlaib’s claims were absurd.

Here’s what she said if you haven’t yet been subjected to this fable:

There’s always kind of a calming feeling, I tell folks, when I think of the Holocaust, and the tragedy of the Holocaust, and the fact that it was my ancestors — Palestinians — who lost their land and some lost their lives, their livelihood, their human dignity, their existence in many ways, have been wiped out, and some people’s passports. And, just all of it was in the name of trying to create a safe haven for Jews, post-the Holocaust, post-the tragedy and the horrific persecution of Jews across the world at that time. And, I love the fact that it was my ancestors that provided that.

The Palestinian Arabs were trying to give Jews a safe haven from the Holocaust???  Every semi-coherent syllable of Tlaib’s word salad is pure fiction. Abe Greenwald explains in Commentary what the leader of the Palestinian Arabs was actually doing — and who he was doing it with—during the period that Tlaib relates with such a sense of peace:

“At the time, Haj Amin al-Husseini, the grand mufti of Jerusalem, was a supporter and ally of Hitler. When the two met, al-Husseini told Hitler that they shared the same enemies: ‘the English, the Jews, and the Communists.’ The two went on to scheme about how best to set upon and destroy the Jews of the Middle East. What’s more, the Arabs regularly massacred Jews in Mandatory Palestine.… There’s a purpose to Tlaib’s false history. It serves to bolster the lie that the Jews waged war on a friendly and welcoming people, stole their land, and condemned them to ruin.”

[Note: to learn how al-Husseini became the mufti and the fantastic degree to which Tlaib is lying, read Jack Wheeler’s, “The English Godfather of Palestinian Terrorism,” TTP September 2003.]

What do the Democrats expect to gain by permitting Tlaib and Omar to continue promulgating this malicious fiction and insulting the party’s Jewish constituents?

The answer has to do with rebuilding the “Midwest blue wall” in which candidate Trump created such a surprising breach in 2016.

Remember that Trump won Michigan by only 10,704 votes. This would not have been possible if the Clinton campaign had put in a modicum of work to mobilize the Arab-American vote in that state.

Rashida Tlaib represents Detroit and that city is, not coincidentally, home to the largest concentration of Muslims (403K) anywhere in the United States.

Would the Democrats be willing to forego some percentage of the Jewish vote in New York and California, states they are all but guaranteed to win by double digits even with a dent in that voting bloc, if they can mobilize enough Muslim voters in Detroit to take back Michigan?

Michigan’s 16 electoral votes matter — a lot. If Trump had failed to win that state his electoral total would have been 288 to Clinton’s 243. If Trump fails to hang on to Michigan in 2020 and also loses Pennsylvania — whose Muslim population is by no means negligible — that puts him below the 270 — even if he wins everywhere else he won in 2016.

And Muslims vote heavily Democrat. Pew Research reports that, in the 2018 midterms, the vast majority voted Democrat: “Among those who identify with faiths other than Christianity and Judaism (including Muslims, Buddhists, Hindus and many others), 73% voted for Democrat congressional candidates while 25% supported Republicans.”

The good news for Republicans is that the U.S. Muslim population is very young. According to a survey conducted by the Institute for Social Policy and Understanding, 37 percent of voting-age Muslims in America are under 30, and are even less likely to vote than other millennials.

Nonetheless the Democrats are clearly making a play for their votes. Ironically, by allowing an unapologetic anti-Semite to preside over the House of Representatives, they have provided a useful reminder of what their party is about.

Its congressional caucus includes a sitting representative who refers to Jews as “termites” (Hank Johnson). Its leading presidential contender is a well-documented pro-segregationist (Joe Biden). It boasts a sitting governor nicknamed “Coonman” pursuant to his affinity for donning blackface (Ralph Norman).

And it goes without saying that they have no realistic agenda for the future. The Democrats need another — very long — stint in the wilderness.

David Catron splits his time between being a professional health consultant and writer.