2 The Point News » Guest Authors » Members Only » WHY THE DEFEATISM? 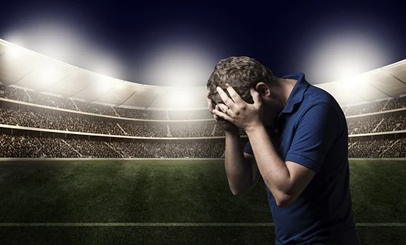 Millions of patriots have fight in them as the country confronts the greatest threat to the Republic since the Civil War.  Historic elections fraud, centered on the presidential contests, involving gross criminality make it so.

Whereas many patriots are ready to fight to restore the rule of law and our liberties, others express gloom and defeat.  The fix is in, they claim.  Should Trump retain the White House, perhaps there’s a chance to stave off scheming globalists, ruthless leftists, and jaded establishment factions, though that comes with a steep price: national convulsions.

If Trump doesn’t secure a second term, then all is lost, they bemoan.  The powerful cabal that Biden fronts will run the board over 48 months.  A long, dark night will descend on America.

Here’s a modest proposal: Wars aren’t over until they’re fought.

Assuredly, victories aren’t givens, but, most often, neither are defeats.  And it isn’t unheard of that the victors are underdogs.  So, if you consider Patriot America – better than half by my reckoning — the underdog in this fight, don’t give up — or as Sam Adams once enjoined, “Nil Desperandum.”

“Human nature being what it is, patriotic fervor tends to come and go.

In 1772, when it seemed to be more going than coming, James Warren reported to Samuel Adams from Plymouth about the towns he had been canvassing: ‘They are dead,’ he lamented, ‘and the dead can’t be raised without a miracle.’

‘Nil desperandum’ (Never despair), Adams reminded his friend. ‘That is a motto for you and me. All are not dead. And where there is a spark of patriotic fire, we will rekindle it’.”

Not that we should be foolishly sanguine in the face of the challenges and adversities ahead.  We should be sober and realistic.  The forces arrayed against us are formidable, but they aren’t invincible.  We have our fallibilities, but so do liberty’s enemies.

Where we look to God, who through Judeo-Christian teaching instructs us in humility, the Democrat-led axis is bloated with conceits.  What do we know about conceit?  It fuels hubris.

Will the elections fraud prove the conspirators’ death knell?  I believe so.  The unprecedented ballot theft in six battleground states was an overplayed hand.  The accumulating evidence, voluminous eyewitness testimonies, and impressive statistical analyses are damning.

The forces opposing liberty won’t be destroyed by magic.  Our freedoms must be retaken and the enemy defeated.  That’s enemies domestic and foreign.  It falls to us to do the heavy lifting.  We should be honored.  We live at a time where we’re being called to win the fight to restore the Republic.

Many believe that President Trump is the indispensable man.  It’s good to remind ourselves that graveyards are full of indispensable men and women.  The President has been greatly consequential — central — in galvanizing Patriot America.  But the President didn’t create something from nothing.

Pro-freedom grassroots movements began coalescing early in Obama’s first term, due to his overreaching and statism.  Those movements came to be known collectively as the “Tea Party.”  The very same grassroots are now afire.  If the war with liberty’s enemies is to be won, the fight can’t fall alone on Trump’s shoulders.  It must be borne by all of us in many different ways.

This isn’t to diminish the importance of great men and women to outcomes.  Washington comes readily to mind, as does Lincoln, as does Churchill, as does Reagan.  But with or without Trump – with or without the presidency – we soldier on.

Why would we believe that men and women of intelligence, talent, and leadership abilities won’t rise up among us?  They will, because they must.

Should Trump leave the presidency in January, we may find that his leadership is even greater in opposition.  Call it the law of unintended consequences.  Biden’s puppeteers may rue the day that Trump was unleashed from the duties and confines of the executive office.

Having said that, from this vantage point, it’s far better of course that Trump remain president.  Better to have the powers and resources that a president commands in the fights ahead.  But either way, we fight, because we must.

When considering our struggle, it’s good to appreciate how advantaged we are compared to that magnificent generation of American revolutionaries — the first patriots.

They squared off against the mighty British Empire.  Their resources were meager.  Organization was rudimentary. Washington had a tough time keeping enlistments, and he and other patriot military leaders spent much of the war retreating.  Multiple times, the Revolution was nearly extinguished.

While our revolutionary ancestors lacked the means, what they possessed was a passion for the cause of independence, will, and endurance.  Don’t underestimate passion, endurance, and will.  Yes, French intervention proved decisive, but that came after nearly eight long years of harrowing struggles.

Today, the nation is well matured.  Patriots begin with abundant resources in the fight to win back the country from the Democrat-led axis.  Consider the talents, skills, and experience alone that exists among patriots across the nation.

The fights ahead promise to be unorthodox in many respects and diversity of talents and skills are imperative to securing victory.  In asymmetric warfare, we’ll each have contributions to make, and contributions we must make.

The President’s options narrow as January 20 approaches.  Trump has worked hard to educate the public and seek redress in the courts, federal and state, and from elected Republican officeholders and legislators in contested battleground states.

The efforts at redress have come to naught.  The U.S. Supreme Court’s originalist majority — save Thomas and Alito — have exposed themselves as cowards.

There are hopes that GOP-run legislatures in the contested states will act to decertify the Biden electors (fraud slates) and put forward Trump electors.  But do we really expect enough GOP legislators in those states to act?

Then January 6 looms.  That’s when Congress is to certify the presidential elections results.  A knot of intrepid House Republicans, led by Mo Brooks (R-AL), have pledged to challenge the Biden electors.  One U.S. senator is needed.  Senator Josh Hawley (R-MO) is the first to announce his challenge to the election results, which is welcome.

Even with challenges to the Biden electors, odds of success remain long.  Congressional Democrats are, of course, invested in the fraud, and most establishment Republicans are patsies.

What of Mike Pence?  There’s talk that in his capacity as Senate president he can direct the certification’s outcome.  That doesn’t seem likely, either.

Making those assessments isn’t defeatism.  It merely points the way.  What remains is for Trump to enable the provisions of the 2018 executive order on elections fraud and foreign interference.  The White House knows the story, or most of it.  It’s better to confront ugly realities sooner than later.

Whatever the president chooses to do, the stubborn facts remain.  This assault on our liberties is unprecedented and must be countered and defeated.  We will fight because we must.

J. Robert Smith is a practicing attorney specializing in litigation. His passion is defending America.