2 The Point News » Guest Authors » Members Only » WHY LT. GENERAL FLYNN WAS SET UP

WHY LT. GENERAL FLYNN WAS SET UP 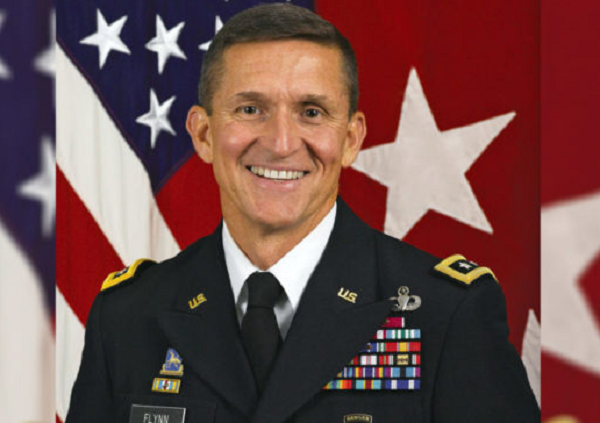 The more we learn about the evils done to Michael Flynn, and they increase day by day, the more the FBI comes to resemble the KGB.

Or is it the earlier version, the NKVD, whose leader, Lavrentiy Beria, famously declared, “Show me the man and I’ll find you the crime.”

James Comey—the head of the FBI during this period of extraordinary moral turpitude—never said anything anywhere near that pithy or memorable, but he did Beria one better.

Comey, with then-agent Peter Strzok, whose feckless emails to his paramour continue to amaze, and various other bit players of this sorry saga—some revealed others yet to be revealed—didn’t just find a crime, they invented one.

In all fairness, the Soviets, pre and post-Beria, often did the same, putting the darkness in “Darkness at Noon,” with forced confessions as in the Metro-Vickers Affair (1933), when innocent Brits took the hit for the failure of Stalin’s “five-year plan.”

So. What was really going on with what was essentially the “forced confession” of Flynn?

Former federal prosecutor Andrew C. McCarthy said on Tucker Carlson on April 30 that Flynn wasn’t the target; it was Trump. Flynn was just a “seasoned intelligence professional” (McCarthy’s words) who had to be implicated and put out of the way in order to reach the president, the real bullseye.

That’s likely true, but it’s also likely that wasn’t the only reason. Flynn was by himself a target.

During the transition, it’s said that Barack Obama gave incoming President Donald Trump two pieces of advice on whom he considered to be the current greatest threats to the United States, so the new president could be forearmed—Kim Jong Un and Flynn.

Michael Flynn? (I’d add several exclamation points and question marks, but it’s tacky.) Why would he be of anywhere near that importance to be put in the same conversation as the nuclear-armed dictator of North Korea?

The answer, I believe, is a four-letter word: Iran.

The Iran deal (Joint Comprehensive Plan of Action or JCPOA) was, with the Affordable Care Act, one of the twin pillars of Obama’s presidency on which he wanted to base his legacy.

I’m not going into here the many theories of why, beyond that legacy, Obama was so attached to the JCPOA, but, by the time Trump was elected, it was already under heavy criticism due to the Islamic Republic’s violent activities in the Syrian civil war and elsewhere, arming Hezbollah, Hamas, the Houthis, and other proxies with money that came via America and—naive as it now sounds—were supposed to be for the improvement of the lives of the Iranian people.

Flynn was known to have been one of the most adamant opponents of the Iran deal within the Obama administration and, with his military record as a three-star general plus aforementioned intelligence expertise, perhaps the most powerful one.

Thus bringing down Flynn was a twofer, striking a blow at the new president while hopefully helping to preserve the Iran deal. The second part didn’t work, but the first did … for a while.

It’s therefore not totally surprising — what is these days? — that the newly revealed documents have “SCO” (special counsel’s office) scrawled on them, among other incriminating notes indicating a “setup” was in the cards for Flynn.

That means these statements exculpating Trump’s newly appointed national security adviser went to Mueller’s office, where someone (Mueller? Weissman?) ignored them and continued with what Trump has colloquially, and I think too loosely, branded a “hoax.”

It was far more than that. It was a form of defenestration.

When we look for the Mr. Big in all this, as we are tempted to do as—we can be more confident now—more rolls out, we shouldn’t settle for Comey, as culpable as he may be. This bizarre character who self-identified on Twitter as the theologian Reinhold Niebuhr isn’t the end to the story.

We are looking at a Netflix series with a plot that gets increasingly complicated. It goes past Comey and into the intelligence agencies and the State Department—a real-life version of “Scandal” with, I regret to tell showrunner Shonda Rhimes, the liberals and progressives almost always the villains.

When it reaches then-CIA Director Brennan and Obama, then we’ll know justice may finally be served.