2 The Point News » Rahn on Econ101 » Members Only » WHY DO DEMOCRATS ROMANTICIZE SOCIALIST SLAVERY?

WHY DO DEMOCRATS ROMANTICIZE SOCIALIST SLAVERY? 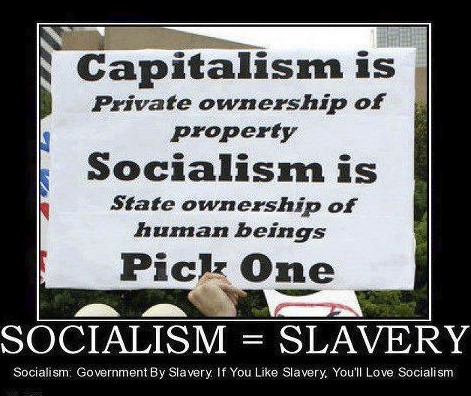 Who should pay for your health care? For your education? For your retirement?

“Socialism,” we are told by the pollsters, is gaining in popularity at least the romanticized versions of it. It would be a world without poverty where people have everything they need, and all are equal.

The fact that such a system has never existed anywhere ever is attributed to either bad motives or incompetence of those who were supposed to bring it about. Sweden and many other democratic countries who flirted with it for a short period of time all backed away as they quickly recognized its failings.

Advocates for socialism have a problem naming the specific person who is supposed to pay their medical, school, and food and shelter bills. They often say the “rich” — as if there were millions of random rich people floating around just waiting to have their wealth plucked by some student or snowflake.

As an experiment, the next time you are in a “group” or classroom of people, and someone in the group is promoting socialism, ask them to assume that the “group” or class is the full population, and from that group ask the socialist to identify the specific person by name who they think should pay their medical bills. The named person is almost certain to be unhappy with the idea.

As children, most of us lived under socialism — that is, our parents paid the bills and provided for us. But good parents let their children know that this arrangement does not go on forever, and at some age both daughters and sons are told that they are supposed to get off the sofa in front of the TV, get a job and provide for themselves.

Jeff Bezos is the world’s richest man (at least until his divorce is finalized), and some claim that he is not a particularly nice person — but that is not illegal. Alexandria Ocasio-Cortez and many other well-known Democrats want to make Mr. Bezos their slave — despite the fact that he supports them with his Washington Post.

When socialists are interviewed by members of the press, they are prone to say things like “every American deserves free health care.” In fact, Mayor Bill de Blasio of New York has said that even illegal immigrants deserve free health care.

Somewhere, I have missed the explanation of why some deserve free health care to be paid by hard-working taxpayers under the threat of asset seizures and prison time.

If we are all equal, as the socialists tell us, why are some involuntary slaves to others, at least part time? Fortunately, I don’t have to figure this out because, back in 1945, the English author George Orwell did it for me and everyone else in his classic book “Animal Farm.”

The American Founding Fathers, who had a good grasp of history, understood the dangers of unrestrained democracy — yet now there is the general view that everyone should vote, no matter how uninformed they may be about history, the issues of the time and even the names of the candidates and their positions on the issues.

The socialists sell “free stuff” — in reality, the theft of labor from others, which has great appeal to the uninformed and the lazy.

Restrictions on who was allowed to vote, based on property ownership or even literacy, were over time viewed as unfair and eventually abolished, leading to the current crop of elected officials — no more needs to be said.

My fantasy solution is that before being allowed to register to vote, potential voters must present evidence that they have read the Declaration of Independence and the U.S. Constitution, and are able to understand the English language.

They also should give evidence of having an understanding of the themes of “Animal Farm” and F.A. Hayek’s “Road to Serfdom (1944).” For those who have not learned to read in English, listening to the documents and books on tape versions will suffice.

And for those who can neither read nor understand spoken English, they should not vote in U.S. elections until they learn the fundamentals of the language.

This fantasy proposal is not a panacea for all that ails the political system, but it would reduce the number of uninformed and lazy voters — yet, not discriminate against anyone who truly wishes to spend the time to prepare to vote.

And for those who say this fantasy proposal is too much of a burden — somewhere between 100 million and 200 million people were killed by their own socialist governments during the 20th century.

That is the real burden of what the ignorance of socialism has wrought.