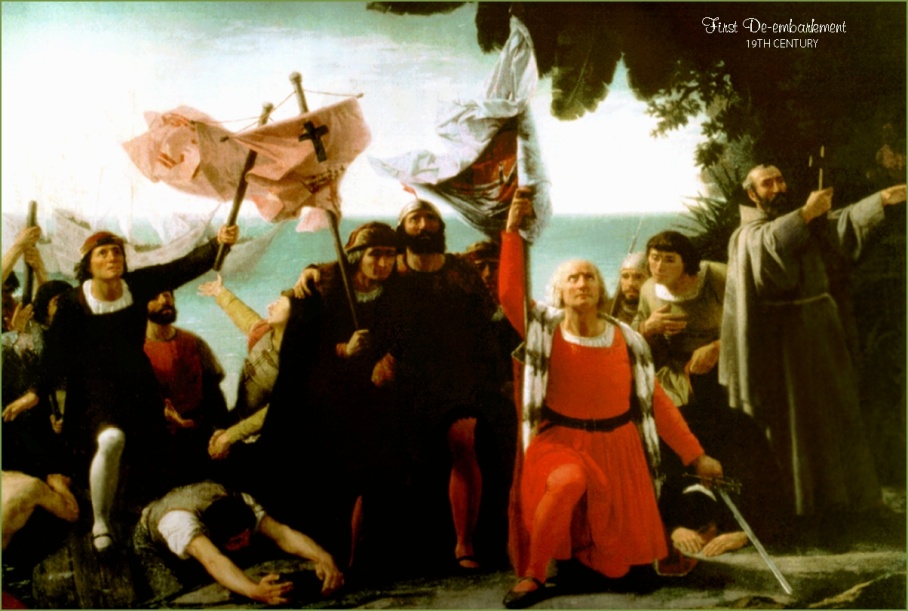 [This is an interview of Dr. Carol Delaney, renowned Professor Emeritus of Anthropology at Stanford University, with Columbia Online regarding her book, Columbus and the Quest for Jerusalem: How Religion Drove the Voyages that Led to America on Oct. 6]

You argue that most people misunderstand the purpose of Columbus’ voyage. According to your research, what were his motivations?

Everybody knows that Columbus was trying to find gold, but they don’t know what the gold was for: to fund a crusade to take Jerusalem back from the Muslims before the end of the world.

A lot of people at the time thought that the apocalypse was coming because of all the signs: the plague, famine, earthquakes and so forth. And it was believed that before the end, Jerusalem had to be back in Christian hands so that Christ could return in judgment.

Columbus actually calculated how many years were left before the end of the world. He seemed to think of his whole voyage as a mission, which was part of this apocalyptic scenario.

In addition to funding the crusade, did Columbus intend to evangelize the New World?

He was very much interested in evangelizing. He wrote against the idea that the natives could just be baptized and automatically become Christian. Rather, they really needed to be instructed about the Christian faith before being converted. He wrote to the pope requesting that good priests be sent to provide this instruction and even left money in his will for it.

Believing he was traveling to Asia, Columbus particularly wanted to convince the Grand Khan of China, who had already expressed interest in Christianity, to convert. He thought that the Grand Khan could help with the crusade to take Jerusalem by marching from the east, while the Europeans marched from the west… an interesting idea.

Why don’t more people recognize and accept your claims about Columbus’ intentions?

Scholars have written articles about Columbus’ religious motivations, but they were published in very arcane journals.

In the 19th and early 20th centuries, historians wrote about Columbus as the first modern man, who used science and reason as an explorer and discoverer. But I don’t think that was his motivation. He was a medieval man in a very religious context. He was very close to the Franciscans, who were involved in proselytizing before the end of the world.

The popular view today is that Columbus is responsible for countless atrocities against the native peoples. In your opinion, is this a fair assessment?

No, not at all. The late 20th century brought a lot of critique about him from the perspective of the natives, and Columbus has become a symbol for everything that went wrong. But the more I read of his own writings and that of his contemporaries, my understanding of him totally changed.

His relations with the natives tended to be benign. He liked the natives and found them to be very intelligent. He also described them as “natural Christians” because they had no other “sect,” or false faith, and believed that they could easily become Christians if they had instruction.

Columbus strictly told the crew not to do things like maraud, or rape, and instead to treat the native people with respect. There are many examples in his writings where he gave instructions to this effect. Most of the time when injustices occurred, Columbus wasn’t even there. There were terrible diseases that got communicated to the natives, but he can’t be blamed for that.

A lot of the crewmembers didn’t like all of the restrictions and rebelled. In his writings, Columbus notes that the crew assumed that they could have slaves, that they could pick gold off of the trees, and that they didn’t have to work.

What was Columbus’ view toward slavery?

As far as I can tell, Columbus never had any slaves, nor did he intend to get slaves when he went across the ocean. There was no possibility of enslaving the Grand Khan and his people. And Columbus believed the natives would become subjects of the Spanish sovereigns.

When they later met a different group of natives, whom they believed to be cannibals, Columbus’ brother sent some of these people back to Europe after their second voyage. It was considered morally acceptable at that time to enslave people who acted against their nature, with the hope that they would become good Christians.

Slavery was common among people in the Caribbean. People ignore that fact and seem to think that Columbus instituted slavery.

Meanwhile, Bartolomé de Las Casas, an admirer of Columbus, is remembered for writing in defense of the Indians. But unlike Columbus, Las Casas owned slaves and operated encomiendas in the beginning. He didn’t have a change of heart until long after Columbus’ death, and even as late as the mid-16th century, he proposed slavery of African blacks as a substitute for the Indians.

In your research, what did you find most significant about Columbus’ own writings?

Before I began my research, I didn’t know Columbus had written anything. I liked the tone of his letters, and I enjoyed reading them. His devotion to his sons comes across, and he took care of the women in his life, which really helped change my opinion of him.

In addition to his faith, what were some of Columbus’ most notable personal qualities, and what role did they play in his quest?

I think he was very patient. He waited more than 10 years before his first voyage came about. He petitioned the Portuguese first, then the Spanish. The council rejected his proposal three times, yet he continued to persist. He really believed he could do it. He showed tremendous courage in going across the ocean in tiny wooden ships, with basically a compass to guide his way.

Also, when the crew was grounded on Jamaica during the fourth voyage, Columbus kept trying to negotiate with the rebels and expressed forgiveness.

To what extent can Columbus’ exploration be considered a failure or a success?

I think he went to the grave thinking that he had not accomplished what he wanted to do. He was angry with King Ferdinand for not pursuing the crusade, and he recognized that terrible crimes had been committed. From this point of view, he felt the quest was a failure.

In reality, it was a major accomplishment. Columbus went across the ocean four times in small wooden ships, without the use of modern instruments. In the process, he discovered the New World, even though he thought that he had found only the periphery of Asia.