2 The Point News » Guest Authors » Members Only » WHO KNEW TRUMP IS A FOREIGN POLICY GENIUS? 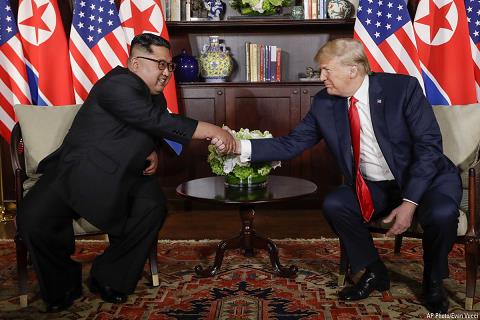 Nobody knew.  None of us saw it.  Among his biggest supporters, maybe a handful suspected it.

Many of us expected the economic renewal of the U.S. to happen.  Many of us foresaw a significant roll back of Saint Barack’s horrid, destructive agenda.   A lot of us hoped for a major push back on the Left.

All of which we have gotten.

None of us expected Donald Trump to be a giant in foreign policy.  No one expected him to reshape the world.  Yet Donald Trump, in a short time, is doing so.

That was supposed to be one of the reasons to vote against him.  He had no foreign policy experience.  He did not understand the world.  He was going to lead us into wars.  He would be taken advantage of by our enemies.  He would ruin our alliances.  He would be a rube.   A bumpkin.  An embarrassment.  That was what we were told.

Well.  Guess what Lying Left Media Swine?  Guess what, NeverTrumpers!  You were so wrong, desperately wrong.  Your shame should be bottomless.   The entire Left-leaning foreign policy establishment, the so-called “mainstream” media,  Bill Kristol, Max Boot, all of you stand up and please voluntarily go into the stocks and throw rotten tomatoes at yourselves.

You should be ashamed to speak.  All of you.

I did not expect this, never saw this as one of Trump’s strengths.  Nonetheless, we have not seen a better, more fruitful, and more capable foreign policy than this administration since the great Ronald Reagan.

Here are some of President Trump’s accomplishments – less than half way into his first term:

*He has succeeded in having North Korea agree (document signed today here) to complete denuclearization.  The North Koreans have destroyed their main nuclear testing site.  They have given us three hostages without the plane loads of cash the Iranians got.  North Korea is considering ending the long war with its southern neighbor.

So much has happened with this story, it’s close to as big and consequential a historical event as the coming down of the wall in Berlin and the fall of the Soviet Union.

We won’t know for a while.  But for the first time in our lifetimes, there is a genuine negotiation to deal with the nuclear nightmare that the North Koreans have brought the world in the past decades.

*The decimation of ISIS.  In less than one year, their caliphate dreams have been shattered, their bases of operation destroyed.

*The realignment of the Middle East.  Most nations are choosing to ally together against Iran, and with us.  Even Saudi Arabia is a clear ally, and of –gasp! –  Israel, too.

*Israel is a stronger ally than ever.  We have moved our embassy to Jerusalem.

*Trump’s success in connecting with the premier of China.

*Dropping of the TPP deal, and subsequent current individual negotiations with the Pacific countries, such as Japan and South Korea.

*Current renegotiation with Canada and Mexico on NAFTA to America’s benefit.

*Walking away from the G7 Communiqué this week, announcing that America will no longer be the piggy bank to the world.

*Telling the globalist elites that we will not succumb to their foolish nonsensical wastefulness of the (so-called) Paris Climate Accord.

*Pulling out of the disastrous Iran nuclear deal.  Trump is overtly signaling to those in Iran who oppose the mullahs that he will, unlike the ugly American Barack Obama, support them if they take the lead in getting rid of those medieval tyrants.  He is forging a potent alliance with them for a Free Iran

*Signalling Assad and Putin that they will not be able to get away with the things they did so easily under the former disastrous Obama administration.

Now, let’s take a hard poke at the Leftist crazies who are the “mainstream” media.

When virtually all of them celebrated the demise of the Korean summit some weeks ago, it was a sad sight to behold.  People who should have been yearning for a peaceful solution to the North Korean saga of the last decades decided to cheer when it looked like the summit was off.

So-called journalists named Mika, Rachel, Joe, Andrew, and Jake literally every Leftist journalist, cheered because the deal appeared to have gone south.  No more talk of a Peace Prize, they all cackled.  See, we told you Trump was way over his head, didn’t we?

Well, with the letter from Trump calling off the summit, it was crystal-clear to anyone paying attention that Trump was negotiating.  He knew what he was doing, and he was several moves ahead of everyone else (as usual).

‘Twas obvious as the nose in front of any Democrat operative pretending to be a journalist’s face.  Did they not read The Art of the Deal?  Do these Fake Newsers never tire of being wrong or losing?

Unlike their hero Barack O, the feckless one, the one who gave everything away to whichever country he was negotiating with, Trump actually excels at negotiation.  He negotiates from strength.  He knows what he wants from a deal and pushes for it until it’s a deal that is worthwhile having.

So here we are.  The same journalistic fools who gloated in the early calling off of the summit are again caterwauling to their audience just how Trump is unprepared, how he knows nothing, how he’s going to get us in a terrible deal with the brilliant adversary Kim Jong-un.

It’s all they know.  You’d think someone would take a hook like at the old vaudeville shows and yank them off the stage.  But no, the news industry is determined to entirely destroy itself.  They are determined to make fools of themselves one more time.  Determined to undermine their own sanity by promising Trump will fail.  Again.

You’d think that this is the way the Left Media really feels: 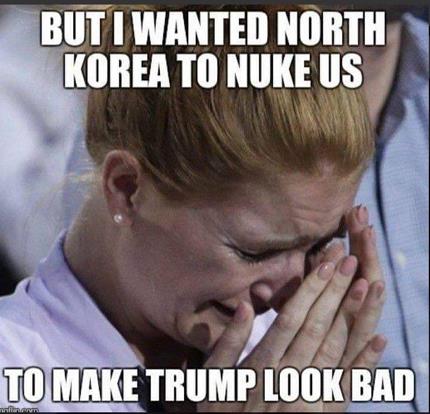 Will the last people who watch our so called “news” media, the last to leave the building please turn off the lights?

As Americans, we can be certain Trump will not sell us out.

Whether this summit succeeds in actually changing North Korea and denuclearizing the peninsula, we won’t really know for a while.  What we do know is that no other American leader has succeeded in getting this far.

What we do know is that Trump as foreign policy expert will continue to surprise us and the world.

Enjoy it as history unfolds before your eyes.  We’ve not seen a President this good at realigning the word since Reagan.

One remarkable surprise.  Joyously so for us, for America, for the World.  Disastrously so for the Left.

Dr. David A. Prentice is Vice President and Research Director for the pro-life Charlotte Lozier Institute, and is Adjunct Professor of Molecular Genetics at the John Paul II Institute, The Catholic University of America.