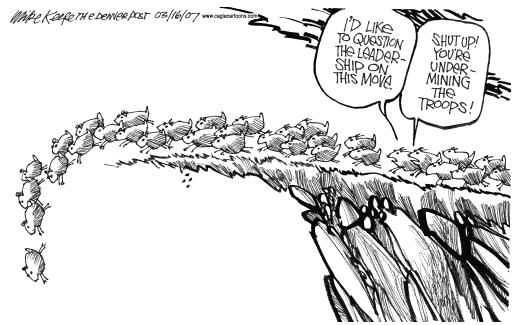 If you’d asked me even six months ago, I would have told you that the Republicans were the party of shooting themselves in the foot.

That, even when given great advantages by the American voting public — simultaneous majority control of the House of Representatives and the Senate, as well as the presidency — their leaders managed to squander those and disappoint their most ardent supporters.

That, when given the power to deliver on key promises made to their constituents such as balancing the budget or reducing waste of taxpayer money, the GOP too often devolves into power struggles, indecision, conflicts of interest and, sometimes, corruption.

But as we move into the final days before the 2018 midterm elections, the Democrat Party is giving Republican tone-deafness and incompetence a very public run for the money — and then some.

Some leading Democrats haven’t seemed to figure out that the harder they’ve worked to expose, silence, scream at, attack and bully those with whom they disagree, the more they’ve invigorated the other side.

*Radical “Antifa” protests covered on cable TV news only serve to energize the Republican base.

Suddenly, a Republican constituency that had grown disgusted by the disappointing do-nothingness of their own party, is confronted by in-your-face visuals of what life in America could be like if they don’t vote.

Even some liberals have been so turned off by radical elements that it has prompted a movement to leave the Democrat Party, called #walkaway.

Here are 10 big-ticket causes that have put Democrats largely on the wrong side of most Americans ahead of the midterm elections:

2. Blaming “racism” for everything. Overuse of the term makes it lose its meaning. If everyone is racist, then nobody is.

3. Silencing certain views. Many people who aren’t particularly political understand the dangers of censorship and will step up to oppose it.

6. Impeaching President Trump. First, it was for Russia. Now, it’s over taxes. But most Americans oppose impeaching Trump. (It’s not even close.)

7. Abolishing ICE. Even most Democrats oppose doing away with Immigration and Customs Enforcement.

8. Chasing Republicans out of restaurants. The imagery transforms people such as GOP senators Mitch McConnell of Kentucky and Ted Cruz of Texas into sympathetic figures under assault from unreasonable mobs.

9. The Kavanaugh chaos. The fight over the confirmation of Supreme Court Justice Brett Kavanaugh highlighted multiple tactics that many find objectionable: the weaponization of #MeToo, mob behavior, a guilty-until-proven-innocent mentality. It also gave Republicans the opportunity to fight back strongly (for once) and win, in a way for which their constituents had long thirsted.

10. Illegal immigration caravans. Whoever may have thought that a “caravan” of people from Central America overrunning the Mexican border, on their way to demand entry to the United States, would be anything other than a motivator for the majority of Americans who support border enforcement — that person fails to understand all of the above.

Democrats advocating for radical and unpopular positions remind me of that disoriented football player. You’ve seen that guy.

He doesn’t know it, but he’s running the wrong way down the field. As he imagines himself breaking loose from final tackles, he hears the crowd’s screams and roars, picturing himself a hero as he dashes the final yards across the goal line, ball in hand, arms raised.

Only when it’s too late does he realize that those weren’t cheers of encouragement but pleadings to please, stop, get your bearings and realize what you’re doing. You just scored for the opposing team.

Like the opposing team, Republicans don’t even have to be good. They’re just lucky.