2 The Point News » Guest Authors » Members Only » WHEN ARE YOU GOING TO PUT AN END TO THIS, MR. PRESIDENT?

WHEN ARE YOU GOING TO PUT AN END TO THIS, MR. PRESIDENT? 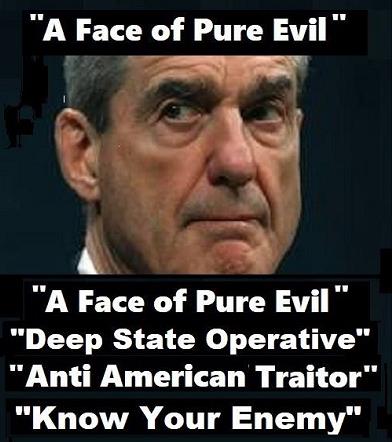 After news broke of Robert Mueller’s pre-dawn raid on Roger Stone’s home Friday morning in Florida by twenty-nine heavily-armed agents in nineteen vehicles, lights flashing, CNN serendipitously on hand to film the raid, millions of us realized once and for all that we are no longer living in the America we knew and loved.

Those same millions of us have known for over two years that the Mueller “probe” is a huge and well orchestrated cover-up.  There are now at least two books, Gregg Jarrett’s and Dan Bongino’s, and well researched investigative articles that prove this beyond doubt.

Mueller was appointed by Rod Rosenstein not to investigate Trump collusion with Russia.  The principals all knew that was not remotely true.

He was appointed to conceal and obliterate the volumes of evidence of crimes committed by Hillary Clinton; her campaign; and a group of higher-ups in the FBI, DOJ, and CIA, all of whom were involved in a scheme to prevent Trump from being elected.

All of them have lied under oath and before Congress.  Mueller himself was involved in the Clinton scheme to sell 20% of U.S. uranium to Russia.

All of these felons are walking free; their homes are not being raided in the wee small hours of the morning, but their crimes are far more serious than anything Roger Stone or Paul Manafort might have committed.

That such an aggressive show of force could be visited upon a non-violent person accused of alleged verbal crimes is truly frightening.  That so many in the media are celebrating the use of such a Gestapo tactic is horrifying.

Suddenly, it is catastrophically clear that America is no longer a constitutional republic, a nation of laws and justice.  An unelected, tangential officer of the DOJ has for two years abused his position of power to destroy many lives in the cruelest of ways with impunity.

No one is stopping him and his band of legal bullies. Including the President of the United States.

As for those who for all these many months have continued to maintain that Mueller is a “straight shooter,” a man of “impeccable credentials,” none of which is true, now is the time to reconsider your wishful thinking.

The man is every bit the scoundrel others have reported him to be for years.  Read Sidney Powell’s book, License to Lie.  It is a primer on the abuse of power long exercised by Mueller and his pit bull, Andrew Weismann.  These thugs revel in destroying people, and they keep getting away with it.  Someone must stop them.

Why doesn’t the President?

America must be restored to its former glory as an example to the world of the sanctity of the rule of law.  The fact that so many powerful people on the Left despise the President cannot mean that the Constitution no longer applies to the citizens of this nation.

Where is the investigation into the leaks to the media from Mueller’s office?  Who tipped CNN about the raid on Stone’s home?  What is acting DOJ head Whittaker doing?  Twiddling his thumbs?  How could the FBI head, Christopher Wray, have allowed this raid to happen?

Is Mueller more powerful than the president?  It seems that he is.  He has morphed into an American version of Lavrentiy Beria.

May Mueller one day be tried for his crimes.  May he be found guilty for the lives he has ruined, many of them long before he became special counsel for the current investigation.  This man is a menace.

“What makes a king out of a slave?  Courage!” said the Cowardly Lion.  Trump is a courageous man; he needs to have the courage to put an end to this charade that is nothing but an engine of vile and corrupt hatred speeding toward his presidency with malicious intent.

Mueller and his henchmen are violating every tenet of the Constitution and thousands of laws on the books since its drafting.  They are out of control.  That raid on Stone’s home was the last straw.  They don’t use that much firepower for known gang members who they know are armed and dangerous.

For whom was this bit of theater performed?  The left media certainly loved it.  The ladies of The View, the dumbest show on television, were ecstatic, as were all the anchors and guests on CNN and MSNBC.

Does Mueller actually think the Left needs any more ammunition to validate his faux investigation?  This entire enterprise, from the Clinton-DNC plot to ruin Trump to the Mueller “Russia collusion” probe is all of a piece and is the most monstrous political scandal in American history.