WHAT YOU CAN DO TO HELP KEEP THE HOUSE RIGHT NOW 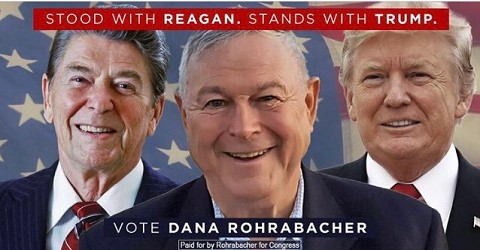 The lead article on Breitbart this morning (10/31) is: “Ten Races Could Determine Who Controls House After Midterms.”

One of the ten is California CD 48:

“CA-48: Incumbent Rep. Dana Rohrabacher (R-CA-48) now has a two point lead in this Orange County district over his Democrat challenger, Harley Rouda, in a poll released by Monmouth University last week. While still a statistical tie, a poll earlier this month showed the two candidates in a dead heat, 48 percent to 48 percent.

For more than half a century, Orange County was the strongest Republican county in California. This district, however, has been moving slowly left for some time. In 2016, Hillary Clinton won the district by two points.”

I just talked with Dana last night.  He is one of my oldest and dearest friends, bonding when we were in Youth for Reagan during the Gipper’s original campaign for California Governor in 1966, 52 years ago.

When Dana was in the White House as Special Assistant to the President and one his key speechwriters for all 8 years of the Reagan Presidency (1981-1988), I worked closely with him to create the “Reagan Doctrine” of support for Anti-Communist Freedom Fighters throughout the Soviet Colonial Empire that resulted in the collapse and extinction of the Soviet Union as a nation-state.

At the end of President Reagan’s second term in 1988, Dana was elected to Congress.  Which brings me to a short story.

When my son Brandon was a Senior at the Virginia Military Institute in 2005, one of his courses was on Modern Military History.  In his lecture on the 1980s’ Soviet war in Afghanistan, the professor showed this photo slide of “four typical Mujahaddin fighting the Soviets.” 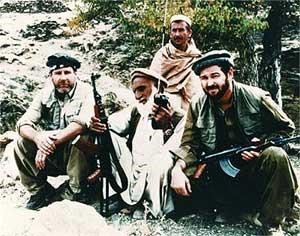 Brandon’s hand went up.  “Yes, Cadet Wheeler?” the professor called on him.  “Professor,” Brandon responded, “actually only two of them are Afghans – the man standing and the man in the middle, a commander named Moli Shakur.  The man on the right is Congressman Dana Rohrabacher.  The man on the left, who took Dana into Afghanistan, is my father.  The picture was taken in November 1988.”

Shocked, the professor stammered, “Are you sure, Cadet Wheeler?”  Brandon answered, “Yes, professor.  I’ve known Dana all my life.  Pictures like this are all over my father’s study. This particular picture is framed on the wall of Dana’s office on Capitol Hill.  And I recognize my own father.”  It was a pretty funny moment.

Yet for 30 years, the Democrat left-wing media in Orange County will periodically run this picture with the smear headline, “Dana Rohrabacher with the Taliban he supports in Afghanistan!”

Despite the unending smears of the Democrats, however, Dana has won reelection resoundingly fourteen times, only once below 55% of the vote (53% in 2008).  2016 was a typical Dana landslide victory of 58.3%.

This year, however, is as you well know, different as light to dark.  The Left has always hated Dana for his key role in getting rid of their idol, the Soviet Union, for being so unapologetically conservative across the board – for 30 years the ACU Ratings of Congress has given him a well over 90% conservative score (latest ranking 94.42%) – and now so totally pro-MAGA.

The difference is that this year, the Left and the Dems have been pouring money into the campaign of Dana’s opponent, a carpetbagger from Columbus, Ohio named Harley Rouda, Jr.  His father, Rouda, Sr., was a self-made entrepreneur who built a very successful business from scratch (HER Realtors in Ohio).

Harley, Jr. is an all too-typical child of inherited wealth, who having never earned his money resents and apologizes for it by embracing socialist-fascist anti-capitalist left wing causes and politics.  So he moved to California and is trying to buy a seat in Congress and join Nancy Pelosi in trashing America.

As reported by Breitbart (10/12), Rouda supports every far-left position there is, open borders, amnesty for illegals, sanctuary cities, pro-abortion, the entire Pelosi-Bernie-Antifa agenda.

So far, Dana’s popularity has been able to fend Rouda off.  But just now, radical left-wing billionaires have suddenly flooded Rouda’s campaign coffers with millions.

On October 25. The Orange County Register reported that Billionaire Michael Bloomberg Spends $4 Million to Back Rouda and Defeat Rohrabacher, Making CA-48 the Priciest House Race in the US.

Almost 80% of the $18 million-cost of the race comes from radical lefties like Bloomberg and Soros to defeat Dana.

Dana can fight back and triumph, but he needs our help to do so.

I am maxxing out my donation to Dana’s campaign, and I am asking you to do so to whatever extent you can.  I am asking not simply because Dana is my friend for over a half-century, but because you can help save the House from the Pelosi-Antifa Mobs-Not-Jobs Democrats.

Here is Dana’s Campaign Site.  Here is Dana’s Donation Page.  Please, please try to send him however much you can.  Every dime will go straight to countering the Soros-Bloomberg assault on him.  He needs this now, as in right now with November 6 just six days away.

Thus a snail-mail check won’t do.  A credit card donation is much faster.  Even faster is a bank wire.  I’m completing my maximum allowed donation today that way.  Call or stop by your bank with these wire instructions:

Time is of the absolute essence.  You must do what you can today – today! – to help save the House.

That includes forwarding this message to everyone you know!

Oh, one last point.  Should Dana win and the House saved, he will be Chairman of the House Science Committee.

That means he will be the key in the House to advance President Trump’s science agenda from getting the Dems’ fascist EPA and Warmist agenda out of the way of the Trump Boom Economy to the President’s Space Force and the commercialization of space with fantastic economic potential.

We can do this.  So without further adieu, go to Dana’s Donation Page or call your bank, and do what you can.  It’s not just Dana or me who will thank you.  It will be America. 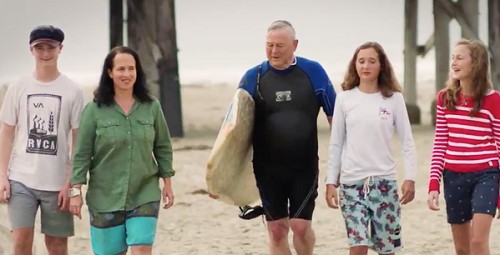 Dana with his wife Rhonda and their three children