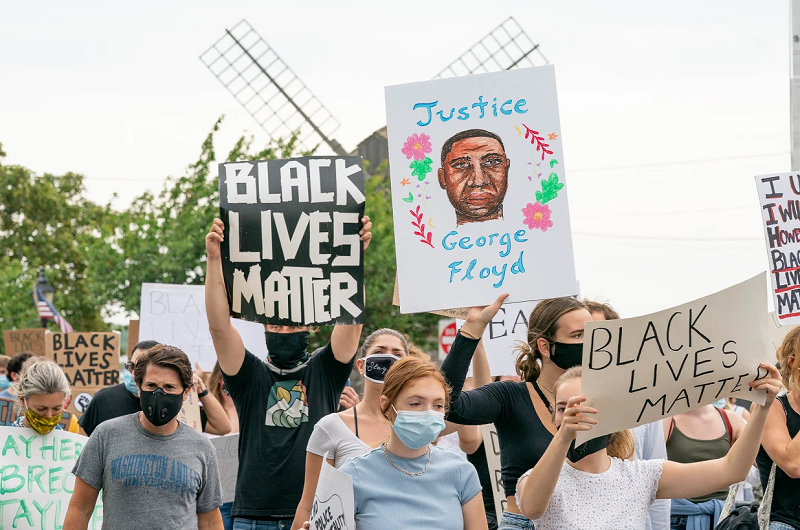 Before I begin, let me introduce myself: 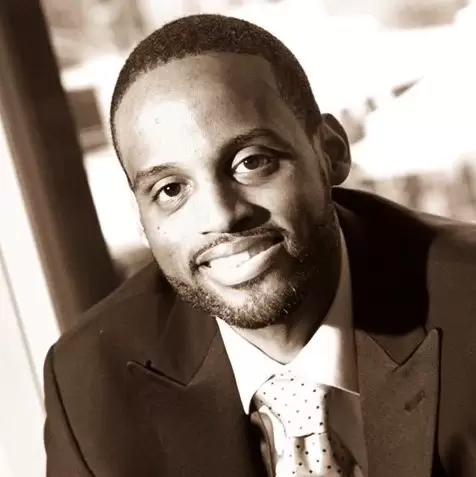 This month’s protests started out as a black movement against police brutality, but they have a different look now. In many cases, whites have taken over. They apologize for their “white privilege” and, in at least one case, wash black people’s feet to expiate their collective sins.

Celebrities, athletes and corporate America followed suit. Portland’s police chief resigned, asking to be replaced by a black man, and the CEO of Chick-fil-A urged whites to shine the shoes of black people to show a “sense of shame.” But why now?

To find out, I had to hear what whites were saying. I listened to the protesters, talked with my white friends and read articles and social media posts. What I found was white people overwhelmingly depicting black people as desperate and defeated, with no way to pull themselves out of their misery.

“I understand your point,” a white friend said when I objected to this simplistic narrative. “But don’t you think blacks are being oppressed?”

That’s when I realized that white wokeness is the new factor in our national life. It has been embedded into the consciousness of whites that all blacks are the same and that they all face impossible barriers to improvement — from standardized tests to the black men being arrested on the nightly news.

A growing number of whites believe that black life is unrelentingly grim.

Most whites don’t have many black friends to give them firsthand accounts of what their ­experiences are with racism. While most blacks do experience some discrimination or ­racial prejudice, it is rarely violent, and it doesn’t hold them back in a significant sense.

Is racism a “systemic” or “institutional” force? For more than half a century, the United States has had no laws preventing black people from doing anything that white people can do, and government agencies and courts closely monitor socioeconomic life for any vestiges of discrimination in housing, employment, or public accommodations.

The media give a distorted view of black life. We see this in the stories they choose to report — and those they ignore.

In 2018, police shot and killed 54 unarmed men; 22 were black. Compared with the percentage of blacks in the US population, that figure looks disproportionate — but black people commit a disproportionate amount of violent crime and thus tend to have more interactions with the police.

Every police shooting must be investigated thoroughly and fairly, but we should also demand fair and thorough media coverage of these shootings. It’s telling that so many people can name some of the unarmed black men killed by police, but few can name any of the white men.

Blacks do lag whites in many socioeconomic indicators — but most blacks don’t live in poverty, don’t have constant run-ins with law enforcement and aren’t uneducated.

It’s important to look at racial disparities in context. Though blacks commit more violent crime than whites do in relative terms, in absolute terms, the percentage of people who commit any violent crime is tiny.

The white violent crime rate is 0.12 percent; for blacks, it is 0.44 percent. By any standard, most people aren’t violent criminals, regardless of their race.

The black unemployment rate has averaged between 7 percent and 12 percent since the Bureau of Labor Statistics started keeping records in 1954—except for a high of 19.5 percent in 1983—while for whites, the average has been between 4 percent and 7 percent.

This disparity holds for poverty as well. As of 2018, the poverty rate for blacks was 20.8 percent, while the rate for whites was 8.1 percent. Though a persistently poor black underclass has emerged since the civil rights era, the underclass experience does not describe the lives of tens of millions of black people.

While efforts should be made to close the black-white poverty gap, the numbers are not consistent with the assumption that American blacks are broadly impoverished.

Yet sympathetic non-blacks often see blacks as oppressed victims with limited opportunities. Since the killing of George Floyd, messages abound of white guilt or white privilege, with people tearfully listing the things that they can do that blacks allegedly can’t do, such as go shopping without being followed around, or be served food before paying for it, or buy candy while wearing a hoodie—all things that blacks do every day.

Everywhere one looks, organizations are showing their solidarity with Black Lives Matter — both the motto and the organization.

Uber Eats canceled its delivery fees for black businesses. Turn on YouTube TV or order from Amazon, and you’ll see messages of support for “the black community.” Nike, the NFL and others made Juneteenth a paid holiday for all employees. Scroll through the categories on Netflix and you’ll find one updated to say, “Black History, Hardship, and Hope.” Who else, besides blacks, would get “hardship” as a characteristic?

These gestures, mostly symbolic, suggest what whites believe blacks are concerned about. They seem insincere.

Since they don’t have many blacks in their social circles, and having conversations with blacks is awkward and can take time, woke whites opt for easy, feel-good actions, most of which will have no effect on police brutality, on the quality of black schools or neighborhoods or on black lives generally.

When actress Julianne Moore says that black people are being slaughtered in the streets, killed in their own homes, it sounds clueless. She may care, but these types of assertions—delivered as fact—are not helping, because they just aren’t true.

How condescending can you get?

Blacks themselves are not exempt from these beliefs. When Gary Clark, Jr., a Grammy-winning recording artist, says that he’s worried he could die walking out of the house, and NBA superstar Lebron James, who has been glorified since he was 15 years old, says that blacks are “literally hunted every day,” they are telling black people that things are hopeless.

If a black teen is struggling and looks up to Lebron, hearing Lebron’s proclamation can only make him feel worse.

Most woke whites have good intentions, but their symbolic gestures will, at best, have little effect and, at worst, do real harm. The campaign against ­police is a good example.

Broad anti-police sentiment has ­already caused cops to become less proactive in high-crime neighborhoods, with the predictable result that shootings have spiked around the country.

Whites are engaging in activism motivated by a misperception about black life that doesn’t comport with reality for most blacks. With their views of blacks as wounded and perpetually oppressed, woke whites would do more good by doing nothing.