2 The Point News » Guest Authors » Members Only » WHAT TRUMP MEANT 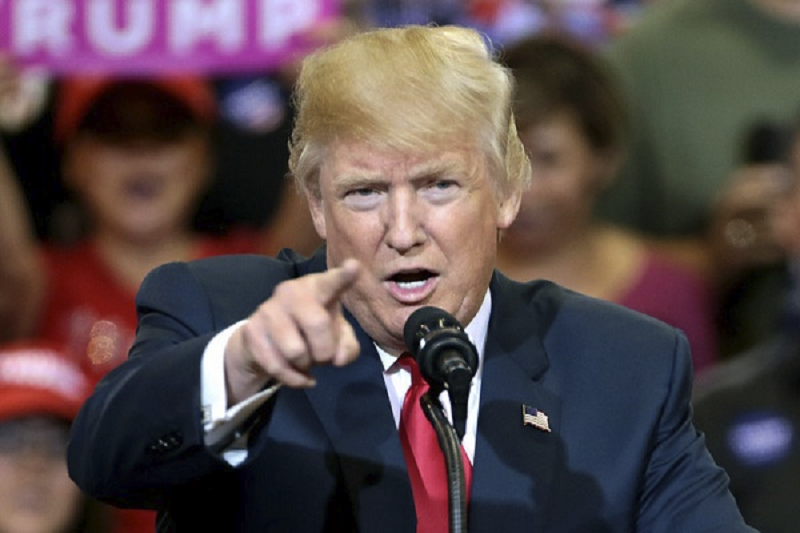 I loved President Trump because he stood up for the ordinary people of America, those who for so long had been kept in cultural servitude by the political elite.  I still do – and he still does.

President Trump endowed ordinary Americans with a sense of possibilities by returning manufacturing jobs to America, restoring our sovereignty as a nation free of global institutions, and, above all, ending the atmosphere of political correctness that had choked free expression for decades.

Then, when the elite saw everyday Americans rising above their station, it decided to put them back in their servitude by depriving Trump of a second term, by whatever means necessary.

Now the high-paying jobs are disappearing, we are bowing to the UN, IPCC, and WHO, to China and Russia once again, and every word that comes out of the White House has to do with “social and racial justice.” The Capitol riot of Jan. 6 gave them an excuse, and now ordinary Americans are back on the cultural plantation.

To appreciate what Trump meant, one need only look at what Biden has done in four months.

Liberal elitism is expressed in many ways, but the overriding theme is that the common people are too ignorant to know the truth, much less to be allowed to govern.

For progressive politicians, the “truth” may shift on particular issues—“masks, no masks,” “schools closed, schools open,” “border open, border closed”—but it always comes back to the idea of big government and centralized power. At the heart of every move is the power and corruption of a self-anointed elite.

In the 1960s, against all common sense, the Left backed the Black Panthers and Students for a Democratic Society, and there were few to call them out on it. There were Huey Newton t-shirts and raised fists resembling the BLM t-shirt and raised fists of today.

Now the race card—along with the “science is settled” insistence that the earth is dying—is the Left’s answer to anyone who would challenge their idea of permanent and total power.

Against all evidence, it is supposed that the Iran Deal will transform the Iranian leadership into a peace-loving neighbor of Israel and that China will cease its belligerent activities. The American people know better, but they are ordered to stomach Biden’s appeasement policies so that the vast network of payoff and corruption, involving the Biden family itself, can continue.

Now it appears that John Kerry, a key figure in both the Obama and Biden administrations, passed sensitive information regarding Israel’s military to Iran and may have attempted to undermine Trump’s foreign policy in the Middle East. Kerry and Biden have now revoked much of that policy, and the result is a dangerous unraveling of Middle East peace.

Again, the American people are disgusted with what they see, but the administration and the liberal media remain silent as if the people are undeserving of an answer. The idea that one can rule by fiat while rigging elections and coordinating with a complicit media constitutes an astounding assault on American democracy.

The corruption is so vast as to take one’s breath away. The Green New Deal promises to siphon vast sums from American taxpayers to reward those who contribute huge sums to Democrats in return for green mandates that favor their investments.

Those who have lost their high-paying pipeline jobs are told to “retrain” laying solar panels at $12 an hour. And so it goes through every fabric of our society from restaurant closings to transgender rights: the ordinary citizen is lectured that his common sense is racist, sexist, homophobic, or simply ignorant.

And what is concealed is an enormous network of corruption from the top right down to local organizers thriving on “community development” and diversity grants. To the victor—or the cheat—go the spoils.

President Trump exposed that network of corruption even as liberal media shut down his ability to get the message out. Trump believed that everyday Americans were capable of acting in their own best interests once they learned the facts, and he respected their values of love of family, God, and country. And for this, we loved him.

What Trump meant was an attempt to return Washington to some standard of the truth. With every month that passes, it becomes clearer that President Trump spoke the truth to the American people.

And now the elite are smiling in smug certainty, believing they are laying the groundwork for permanent power with their so-called federal election “reform.”

They believe they possess an inherent right to rule over the great masses who reside between the Appalachians in the East and the Pacific Coast Range in the West, those who work for hourly wages and mid-level management and who speak something other than the dialects of New England, Manhattan, or California.

And this elite, under Pelosi and Schumer, is plotting to retain power forever and for that power to be indisputable and absolute. And only President Trump stood in the way of that destruction of democracy, and that is why they hate him.

Is that also why Liz Cheney, another child of the beltway, displays such animus toward the leader of her party?

One could hardly imagine Cheney restoring dignity to the plant worker who’d lost his job to China, the Catholic mom who’d had abortion rights shoved down her throat, the college applicant who’d been passed over in favor of less-qualified candidates, or the patriot tired of hearing their presidents apologize for our nation’s “dark past.”

If she is so much offended by America First, why doesn’t she join the Squad and run as a Democrat?

Trump had begun to restore dignity to these ordinary Americans—southerners, westerners, Catholics, evangelicals, hourly workers, all those who have been the object of liberal contempt from Eleanor Roosevelt, Hillary Clinton, and Barack Obama on down to Joe Biden.

President Trump believed in the truth of our founding creed that “all men are created equal” and in the Jeffersonian view that government exists to serve the common people, not just the coastal elite. Trump was the first president since Reagan to confer a true sense of dignity and equal opportunity on the ordinary American.

And for this, I love President Trump and long for his return.

Jeffrey Folks is the author of many books and articles on American culture including Heartland of the Imagination (2011).