Merry Christmas! And welcome to the fourth annual TTP What to Read.

It’s a week before Christmas to give you a chance to provide a Christmas present from the list. The links are to the Kindle edition on Amazon, each with multiple comments and quotes.

You can inexpensively gift someone instantly with the Kindle edition – I read all of these on my iPad – while there’s still time for Amazon to deliver a hard copy, or there’s your local bookstore.

I kept the list not to all the books I read this year, but to just those I thought would be of real interest to TTPers. There are several I think it quite important for you to consider.

I’m sure you’ll find at least one or two fascinating either for yourself or someone you care for. Or a regressive libtard you want to educate and/or infuriate.

And, please let us know on the Forum what books rang your bell this year. Here we go.

The Cave and the Light: Plato Versus Aristotle, and the Struggle for the Soul of Western Civilization

A fascinating study of Western Civilization for the last 2,500 years as a dynamic struggle between the thought of Aristotle versus Plato – making as one reviewer puts it, “history and philosophy as an adventure story!”

One of the most important books of the year, and it’s written by an old-time liberal Democrat who can’t stand what’s happened to his party.

The class conflict he condemns is that of the Silicon Valley Oligarchy combined with the Washington-media-academia Clerisy waging war on America’s Middle Class and hard-working Yeomanry.

The Revolt Against the Masses: How Liberalism Has Undermined the Middle Class

The must-read companion piece to Kotkin.

“The roots of American liberalism are not compassion but snobbery… (its) common thread is scorn for middle-class Americans and for America itself… required reading for those who wonder how liberal elites came to dominate our culture, overriding the will of the people.”

End of Discussion: How the Left’s Outrage Industry Shuts Down Debate, Manipulates Voters, and Makes America Less Free (and Fun)

A marvelously funny exposé of the grievance industry’s manufactured outrage, and the media cancer promoting it.

Although based on inside baseball talk of “Gamergate,” very useful in explaining the vulnerabilities of the Social Justice Warriors of the Left.

If we want our culture to flourish again, SJWs must be opposed, ridiculed, defied and defeated everywhere at every opportunity. Vox tells you how. “Sun Tzu’s The Art of War for the Digital Media Generation.”

By The People: Rebuilding Liberty Without Permission

This is in effect a scholar’s response to my The Double-D Strategy for Rescuing America from December 2009.

Murray focuses on the second D, Disobey.  My article called for “a Revolution of Disobedience… Disobey the Gandhi Way.  Peaceful civil disobedience.  No violence.  Just the refusal to obey fascist and unconstitutional laws.”

Murray has worked out a specific strategy on how best to do this.  He proposes a test for selecting which laws and regulations to disobey:  the “That’s ridiculous!” test.

If that’s the reaction of the public at large regarding the law/rule, you have a good chance of mass disobedience and winning in court. It’s the way to regain our freedom “without permission,” via civil disobedience and ridicule regarding a federalie edict any normal person would say, that’s ridiculous.

Every conservative needs to act on Murray’s advice.

Our Lost Constitution: The Willful Subversion of America’s Founding Document

America has an outlaw government with no constitutional authority to do most of what it does. Senator Lee (R-UT) describes historically how this came about, and what specific parts of our Constitution need to be rediscovered to rein Washington in its legal boundaries.

Takedown: From Communists to Progressives, How the Left Has Sabotaged Family and Marriage

Karl Marx began a war on family and marriage that the Left has waged for 150 years – as they were an obstacle to atomizing individuals so they could be controlled by Leviathan.

Kengor explains that “gay marriage” has proved to the key to the success of their agenda. That it has nothing to do with homosexual rights, as it is a purely political agenda for the expansion of fascist power.

Clinton Cash: The Untold Story of How and Why Foreign Governments and Businesses Helped Make Bill and Hillary Rich

We all know the Clintons are crooked corrupt scum who belong in jail. Schweizer provides the gory details.

This anthology of the best scientific refutations of global warming pseudo-science – of scientists being bribed to prostitute themselves for a fascist political agenda – is the best education you could ask for on the subject.

“Global Warning, models and language” by Dr. Richard S. Lindzen, Professor of Meteorology at MIT, is but one excellent example. Mark Steyn’s “Global warming’s ship of fools” is the funniest.

Heaven + Hell: The Pope Condemns the Poor to Eternal Poverty

Dr. Plimer, Professor of Earth Sciences at the University of Melbourne, is a contributor to Climate Change: The Facts. This is his latest book. As he comments:

“The Encyclical Letter of Pope Francis (Laudato Si “On care for our common home” issued May 24, 2015) was influenced by atheists, communists and green activists. The Pope advocates burdening the Third World with inefficient unreliable high cost renewable energy and agriculture thereby keeping the poor in eternal poverty.”

Arabs Without God: Atheism and Freedom of Belief in the Middle East

A study of the increasing doubt of the historical and moral validity of Islam in the Arab world. Not an argument for atheism, or even against Islam, but a series on interviews of Arabs on what has caused them to abandon the Mohammedan religion.

The liberal mantra is that Moslem terrorism is a “perversion” of Islam or even that, as Zero claims, isn’t Islamic at all. But any thinking Moslem knows this is ridiculous, that there is a cancer inside their religion.

The question is, can the cancer be excised from the body of Islam, or is it so pervasive it cannot? This is an account of those who have chosen the latter.

Heirs to Forgotten Kingdoms: Journeys Into the Disappearing Religions of the Middle East

An insightful and illuminating look into the ancient religions once widely practiced in the Middle East and now disappearing through the cultural suffocation of Islam. We meet and learn about the Mandaeans of Iraq, the Copts of Egypt, the Zoroastrians, the Yazidis, and Samaritans.

One of the most intriguing descriptions was that of the Samaritans – whom we know through Jesus’ parable of the Good Samaritan – of whom there were over a half million in His day but now there are only a few hundred in a small village, Kiryat Luza, on the slopes of Mount Gerizim south of Nablus in Israel. They believe Yaweh chose Gerizim, not Jerusalem’s Temple Mount, as a sacred shrine.

The Hundred-Year Marathon: China’s Secret Strategy to Replace America as the Global Superpower

Pillsbury’s marathon is the 100 years between the founding of Chicom China by Mao in 1949 and 2049, by which time they plan to have replaced America.  The evidence he amasses for the Chicoms’ fanatically pursuing this strategy is impressive.

I knew Mike back in the Reagan days; he’s now head of the Hudson Institute’s Center on Chinese Strategy. See my The Chinese Marathon from March 2015.

Life Unfolding: How The Human Body Creates Itself

This is the one science book I’m listing of all I read this year. Dr. Davies, Professor of Experimental Anatomy at the University of Edinburgh, describes the completely mind-boggling complexity of how an egg fertilized by a sperm grows into a fully formed baby inside a woman’s womb.

It would be simply inhuman to read this book and then even contemplate aborting this miracle.

John Wayne: The Life and Legend

Simply wonderful. The definitive biography of Hollywood’s greatest movie star, a great American, and a truly great human being.

I can’t resist showing the cover, as it’s a picture of the Duke I’ve never seen – and a clip of my favorite scene of his, from Red River. 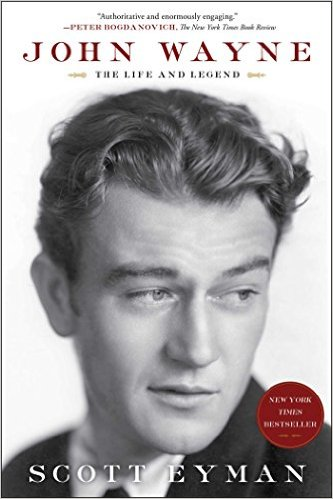 And lastly but foremost:

The one book on this list I most encourage you to read – and buy a copy of for every friend you have in the world! And feel completely free to add your Customer Review! 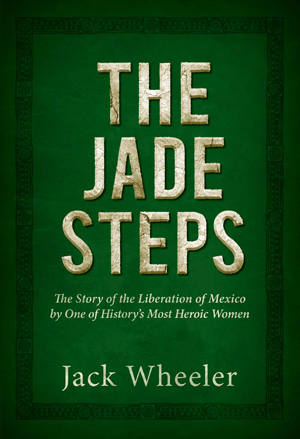