WHAT MAKES AMERICA GREAT IS WHY THE LEFT HATES AMERICA 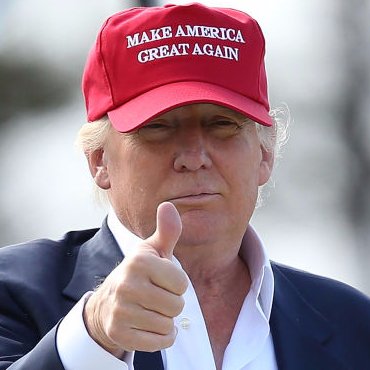 Just compare it to his opponent’s pathetically stupid and empty, I’m With Her.  A campaign about nothing but Her, focused entirely on Her, devoted completely and totally to the egomania of Her.

Trump’s question to the voters – “Do you want more lunacy with Her or do you want to make America great again instead?” turned out to be rhetorical.

But just what is it that made America great in the first place?  And whatever that is, why does it drive Lefties insane?

There’s a scene in the 1992 movie Last of the Mohicans, where Hawkeye (Daniel Day-Lewis) is approached by a red-coated British officer on horseback.  Looking down upon the American colonial contemptuously, the officer asks, “Where may I find your master?”

Leaning casually on his five foot-long flintlock musket, Hawkeye looks up at the officer in the eye and drawls, “That sumbitch ain’t been born yet.”

This quintessential American attitude is infinitely farther from a provincial rebelliousness.  It expresses a self-confidence in one’s own existence.  It is that attitude that underlies America’s founding principles expressed in the Declaration of Independence.

It is that attitude that Lefties abhor.  Why?  Because they are masochists.  Masochism is the defining characteristic of the Left’s psyche.  Why?  Because being a masochist is the inevitable result of living a life dominated by or fearful of envy.

Envy is not simply hatred of someone for having something you don’t — it is the willingness to masochistically hurt or deprive yourself as long as the person you are envious of is also hurt or deprived. One ultimate example is the Moslem suicide-bomber.

Similarly, the more one fears being envied, the more one is driven to masochistic self-humiliation in attempts at envy appeasement.  One ultimate example is the white college snowflake marching in “solidarity” with the racist thugs of Only Black Lives Matter who hate his guts.

The lethality of leftie-libtard envy-appeasement is that personally-felt guilt is projected onto the various social or tribal collectives to which he belongs and are a part of his self-identity. Self-loathing is transformed into a loathing of one’s society or race.

All the passions of the Left are frenzies of masochism. What could be more idiotic and masochistic than to hate the US military, the people willing to risk or even lose their lives defending the rest of us?

This opposition cannot be understood unless one dispenses with its rhetoric and rationales and realizes that such folks at their emotional core do not want their country defended.

The “global warming” hoax cannot be comprehended other than that its masochistic advocates do not want their civilization to prosper.

The entire Political Correctness movement is nothing but masochistic envy-appeasement advocated by those who do not want their culture to survive.

The pro-abortionists’ crazed determination to prevent any attempt to stop mothers from murdering their children by the millions means that they do not want their species to exist.

Perhaps the best Grade-A example of Leftie-Libtard Masochism today is the willful self-destruction of the NFL.

The iconic American sport – “Are you ready for some football??!! – with millions of adulative fans, players as heroes, players and coaches and execs and owners and tv networks and advertisers all making millions, has just flushed itself right down the drain.

Since their anthem protests began, NFL and their broadcasters have lost over $500 million.  Empty seats galore in games this weekend.  The Monday Night game (Ravens-Texans) ereyesterday (11/27) had more empty seats than fans and a season low of viewers.  Trump tweeted his scorn:

This is not going to get fixed.  Any marriage counselor can see that it’s like a marriage that can’t be patched up.  The Knee Jerks have drawn blood from their now ex-fans who will never be their fans again.  The black racist Knee Jerks, the gonad-less owners, the Loathsome Libtard Commissioner have put a match to their billion-dollar baby and burned it to the ground, for absolutely and completely nothing.

That’s masochism on steroids.  Total Self-Sabotage.  And what do we care?  Go right ahead, toad-brains, destroy your wealth and livelihoods, we’ve got plenty else to do, like watch college football or spend more time with our kids.

It gets personal, however, when they take out their masochism on our country, our culture, and our own lives with their continuous state of outrage and hate, with their demands of ever-escalating lunacy like open borders and men in women’s bathrooms.

The Left’s masochism has reached an apotheosis in its fully demented hatred for Donald Trump.  Yet that hate provides us with a very teachable moment.

The proximate reason for that hatred is Trump’s total rejection of envy.

He says, for example, exactly what anyone of us would say about illegal immigrants without any fear of their envy or hatred. It was so totally refreshing and unique to see that in a presidential candidate that it compelled people to stand up and cheer, sweeping him into the White House.

Even more historically unique is to see that in a President.  This is why the Swamp Elite of Washington remain “stunned” at Trump never capitulating to them – he remains impervious to their guilt-mongering envy.

But it’s more than that.  For it’s not what Trump does that drives Lefties into a padded cell, it’s what he is —  the embodiment of self-confidence in one’s own existence.

It is this that gives the MAGA slogan its power.  Trump himself embodies what made America great.  Trump is Hawkeye looking right into the eye of every Swamp Rat, Fake News lying airhead, Hollywood talentless celeb, pointy-headed Marxist professor, and two-bit fascist bureaucrat demanding they be our masters, and saying, “That sumbitch ain’t been born yet.”

We should look upon them with pity, rather than anger.  For the reality is that we – not just Trump but you and I and all of us together are making America great again, while – as Ronald Reagan correctly predicted about the Soviet Union – those that hate America will be swept into the dustbin of history.