2 The Point News » Guest Authors » Members Only » WHAT IF THE ELECTION AUDITS SHOW TRUMP REALLY WON?

WHAT IF THE ELECTION AUDITS SHOW TRUMP REALLY WON? 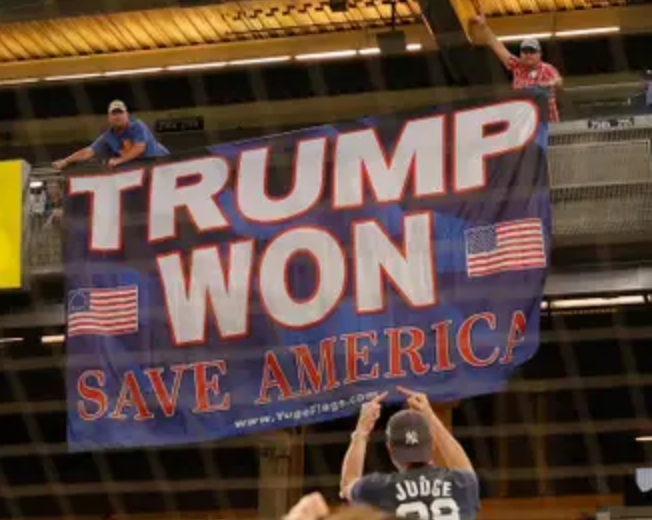 Even if, if, if, it is so very clear through professional forensic election audit results, that the presidential election of 2020 was stolen and President Trump actually won, there appears to be no obvious remedy stated in the US Constitution to right this wrong.  We just don’t know.

*  With a strict constructionist view of the wording in the Constitution, the words are not there to “road map” how to fix possible presidential election fraud.

*  Historically, in the Compromise of 1877, the compromise was made before the president took office, not 6-12 months afterwards.  It is very difficult to see how a mutually agreed upon compromise can be worked out this late if election fraud were proven through legitimate audits.

*  We do know that of the 4 key contested battleground “purple states” that were crucial, all had election irregularities election day, election night, and the following election morning.

*  Arizona may be on the verge of flipping its result, and Georgia looks probable to follow.  And Pennsylvania and then Wisconsin might be next.  In terms of Electoral College votes, that would be all that is needed to satisfy the constitutional 270 votes required.

*  We know that President Trump is planning something very big and important this summer, and America might look and fell very different by Labor Day Weekend.

*  Would the Supreme Court place President Trump back in office and back into the White House?

*  Would Biden remain the president, nothing changes, and Biden serves out the remaining four years?  With Trump supporters seething but doing nothing?

*  Would Biden and his Attorney General Merrick Garland, after the Arizona audit proves fraud, stop “by any means necessary” any audits being conducted in any other states?  A complete stoppage of all future state audits.

*  Would Garland/Biden cite federal supremacy, federal civil rights laws, or federalize the state National Guards to make sure any remaining audits are stopped?

*  Would President Trump admit that there is really nothing MAGA Nation can do, short of violence, and therefore simply just concentrate his efforts on the Republicans taking back the House and the Senate with Trump as their leader in 2022?  This is constitutional and legal but only works if there is not election theft again in 2022.

III.  Four separate entities and groups are crucial to what might happen next if there is obvious election fraud and a stolen presidential election and the Constitution, federal courts, and federal law are mute on what happens next.

*  The Supreme Court.  Even though it is obvious that the Supreme Court does not want to deal with the 2020 election, the Court might actually make tough decisions concerning the outcome.  Probably the big fear of the Court is that if they rule constitutionally against Biden, the progressives within the Deep State would just ignore the Court.  And the Court would be spectacularly neutered for all to see. A big fear.

*  Trump supporters.  Would they gear up for the 2022 off-year elections so that the Republicans under Trump’s leadership take both the House and Senate with filibuster proof majorities?  Would they wait passionately until the 2024 presidential election and support Trump?  Or would they become more like the progressives and take matters into their own hands?  Would they say enough is enough, and it “gets real,” really fast?  Especially if the Supreme Court rules constitutionally for Trump, but the progressives say NO.

The Constitution is mute.  Federal law is silent.  State laws are inconsistent.  Emotions are very high. Compromise is unlikely at this point.  Time to reflect deeply on the Declaration’s justification for the American Revolution.

Andrew W. Coy represents Fort Myers on the Lee County Florida Board of Commissioners, and is an Evangelical Christian Conservative.