2 The Point News » Guest Authors » Members Only » WHAT CLIMATE CRISIS? 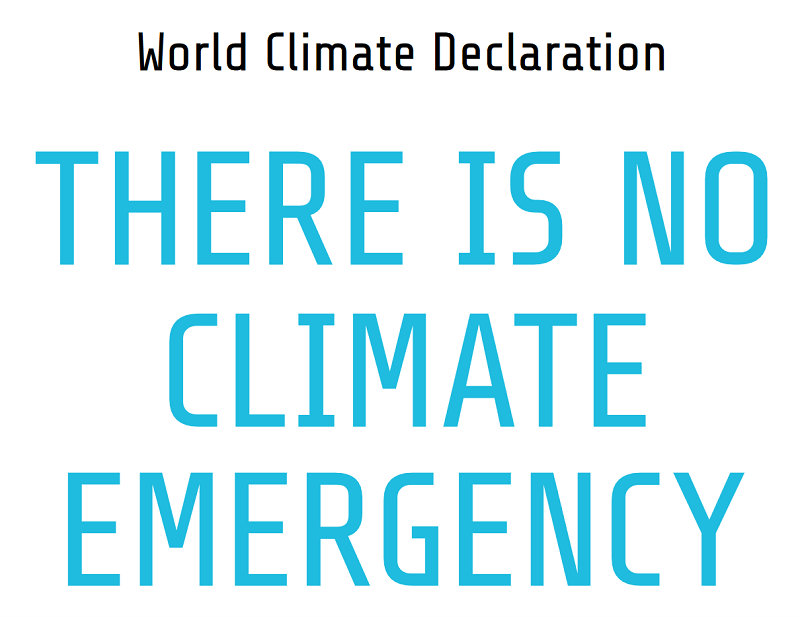 A new group called Climate Intelligence (Clintel for short) has been founded in the Netherlands with the express purpose of combatting the extremism of the climate change campaigners.

One of their early efforts is a statement, signed by over 1,000 scientists and policy experts from around the world, that argues “There Is No Climate Emergency.”

From 40 countries, they agree on this statement:

Climate science should be less political, while climate policies should be more scientific.

Scientists should openly address uncertainties and exaggerations in their predictions of global warming, while politicians should dispassionately count the real costs as well as the imagined benefits of their policy measures.

Natural as well as anthropogenic factors cause warming.

The geological archive reveals that Earth’s climate has varied as long as the planet has existed, with natural cold and warm phases. The Little Ice Age ended as recently as 1850. Therefore, it is no surprise that we now are experiencing a period of warming.

Warming is far slower than predicted.

The world has warmed significantly less than predicted by IPCC on the basis of modeled anthropogenic forcing. The gap between the real world and the modeled world tells us that we are far from understanding climate change.

Climate models have many shortcomings and are not remotely plausible as policy tools. They do not only exaggerate the effect of greenhouse gases, they also ignore the fact that enriching the atmosphere with CO2 is beneficial. CO2 is plant food, the basis of all life on Earth. CO2 is not a pollutant. It is essential to all life on Earth. More CO2 is favorable for nature, greening our planet. Additional CO2 in the air has promoted growth in global plant biomass. It is also profitable for agriculture, increasing the yields of crops worldwide.

There is no statistical evidence that global warming is intensifying hurricanes, floods, droughts and suchlike natural disasters, or making them more frequent. However, there is ample evidence that CO2-mitigation measures are as damaging as they are costly.

There is no climate emergency. Therefore, there is no cause for panic and alarm. We strongly oppose the harmful and unrealistic net-zero CO2 policy proposed for 2050. Go for adaptation instead of mitigation; adaptation works whatever the causes are.

OUR ADVICE TO THE EUROPEAN LEADERS IS THAT SCIENCE SHOULD STRIVE FOR A SIGNIFICANTLY BETTER UNDERSTANDING OF THE CLIMATE SYSTEM, WHILE POLITICS SHOULD FOCUS ON MINIMIZING POTENTIAL CLIMATE DAMAGE BY PRIORITIZING ADAPTATION STRATEGIES BASED ON PROVEN AND AFFORDABLE TECHNOLOGIES. 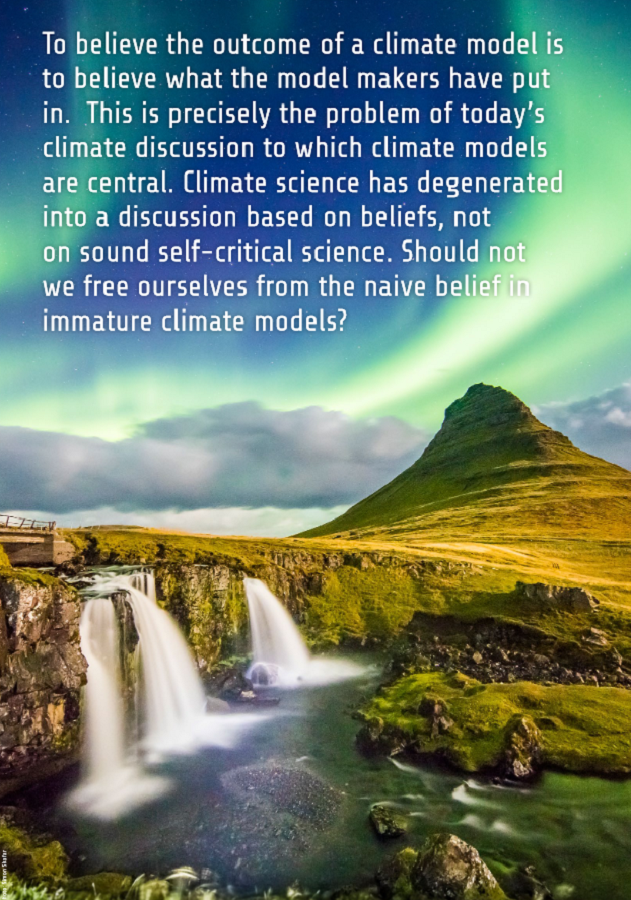 Steven Hayward is the senior resident scholar at the Institute of Governmental Studies at UC Berkeley, and a visiting lecturer at Berkeley’s School of Law. He was previously the Ronald Reagan Distinguished Visiting Professor at Pepperdine University’s Graduate School of Public Policy.