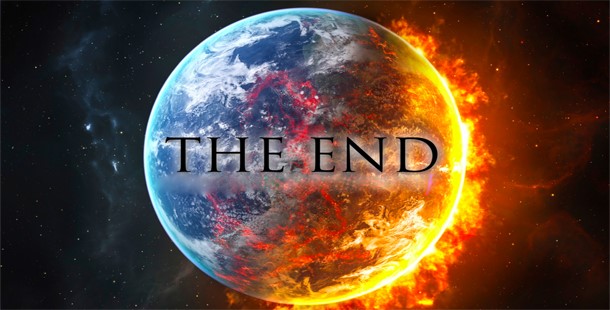 Here’s the reality:  If we don’t surrender our rights and hand control of the economy over to the State, the world will pretty much be over by Tuesday morning.

Climate change is in the news again. Earlier this year, Rep. Alexandria Ocasio-Cortez (aka Congresswoman Cowfart) warned us that we have only 12 years to address the harm that human beings are doing to the planet.

Last week, Beto O’Rourke amended that, suggesting we have only 10 years.

And this week on Monday (5/07), the UN informs us that us humanfolk are driving millions of living species to extinction.

Now, I don’t want to scare anyone, but according to my calculations that I arrived at by reading science, both Beto and Ocasio-Cortez and the UN too are looking at this problem through rose-colored glasses.

In fact, the world has precisely three and a half days to change its ways or it will basically be destroyed.

As I write this, it is 1:45 pm on Friday May 10th. By sometime in the midmorning on Tuesday May 14th, if we don’t take action, Miami will be underwater, Toledo will be on fire, a swarm of locusts will descend upon Houston, and Brooklyn … well, actually Brooklyn will be fine, but that’s not the point.

The point is that we have just over 72 hours to change everything we do and hand the entire economy over to the state or else we will witness an apocalypse that will make Revelations look like Sesame Street.

I know what you’re saying, you’re saying, “Dave, how can we possibly reverse the damage done by the entire two centuries of the industrial revolution by Tuesday? It’s impossible!”

But when Hannibal’s elephants looked at the Alps, did they tell Hannibal they couldn’t get across them? No.

When Rocky Balboa was forced to train in a drafty Russian barn and outrun KGB agents in the snow, did he say, “This is too hard?” No.

First of all, do not become pregnant and deliver a child in the next three and a half days. That is literally the worst thing you can do for climate change.

I know babies are cute and all, and pretty small, but believe me, those suckers pump out greenhouse gasses like 19th century dark satanic mills. And you can try to tell them to stop, but they don’t understand words, so …

Another thing you should not do is fly, or drive, or really go anywhere at all. What’s that? You have a doctor’s appointment? Something about a weird growth on your leg?

Well, let me ask you bluntly, what is that growth on your leg going to matter when Denver is under 24 feet of burning snow?

Are your health and wellbeing really so important that this wonderful planet full of flamingos and panda bears and baby squirrels should be sacrificed for your pathetic needs?

Now I know all you folks are the right kind of people, and I’m going to be perfectly frank; individual inaction is not enough. What we need more than anything else is a global governing body that can enforce inaction.

Only a global state empowered to save the world by any means necessary can stave off Tuesday’s climate change-induced devastation.

But while you nitpick about “freedom” and “democracy,” Tokyo, where it will be Tuesday morning 13 hours before it is here in America, is staring down the barrel of storms with hail the size of basketballs and winds that can topple Mount Fuji.

Is personal freedom really worth paying that price?

If we don’t take our heads out of the sand in the next several minutes, there will be nothing but sand left on the planet. I know you don’t want that. It gets in your shoes and clothes and you wind up tracking it all over the house.

So for the sake of the world, by dinnertime tonight, we must forsake our liberty and give our betters the subservience they need from us to protect us from ourselves.

Also, dinner should not involve the heating of anything.

There are those who say I am being alarmist, and that what I suggest is too ambitious. To those people I say:

Mock me if you wish—I’m used to it. But mark my words; the end is nigh. 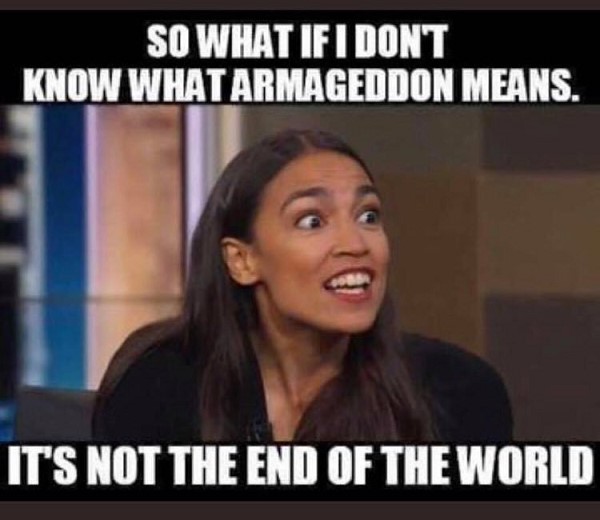 Ps:  If you want some hope, please read James Delingpole’s Six Reasons Why You Should Ignore the UN’s Species Extinction Report.