“WE NEED TO ABOLISH THE IRS”

You may have seen the headlines that yesterday (3/05) at the CPAC conference in Washington, I called for the abolishment of the Internal Revenue Service.  It’s true.  I said "The IRS should go the way of the dodo."

The IRS is currently considering new rules to limit the free speech of the very same groups it illegally targeted. In short, the Obama Administration is trying to do through regulatory fiat what it was unable to legally do before: limit the First Amendment rights of Americans.

The IRS was required to accept and publish comments from the public — and over 140,000 of you did. The public commenting period may have ended, but you can still make your voice heard. Spread the word about this proposed rule change with your Facebook friends and Twitter followers.

Immediately following the IRS’s admission of targeting conservative groups, President Obama pledged to work "hand in hand" with Congress to learn the truth and ordered the Department of Justice to conduct a criminal investigation. However, since then, the Administration has stonewalled any meaningful investigation, no one has been indicted and it has been reported that the FBI does not plan to file criminal charges.

Even a top IRS official directly involved in the targeting has been able to avoid testifying before Congress, temporarily received paid leave, and eventually quietly retired.

Here is the letter I sent to Attorney General Eric Holder calling for a special prosecutor to investigate IRS’s illegal targeting of conservative groups: 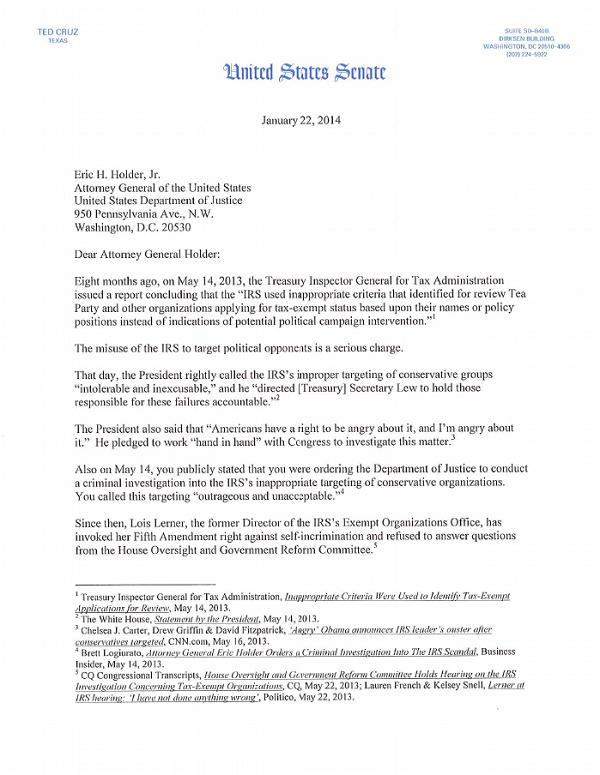 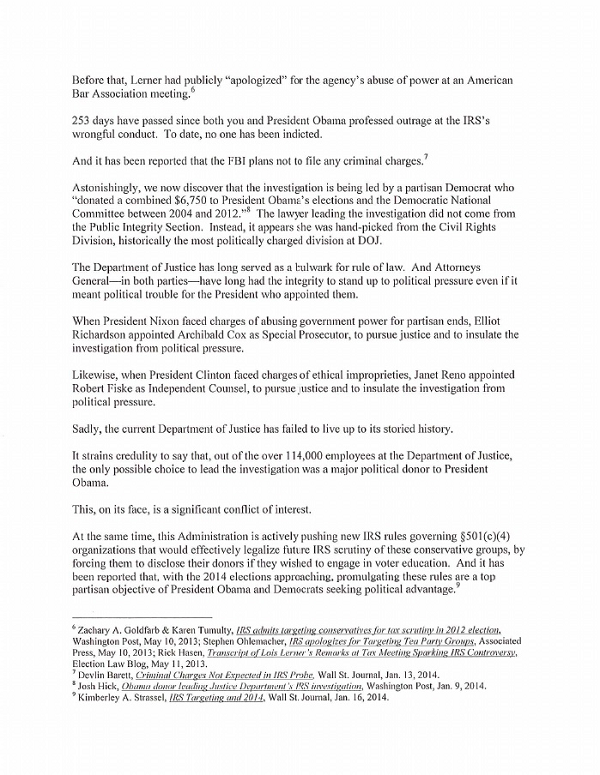 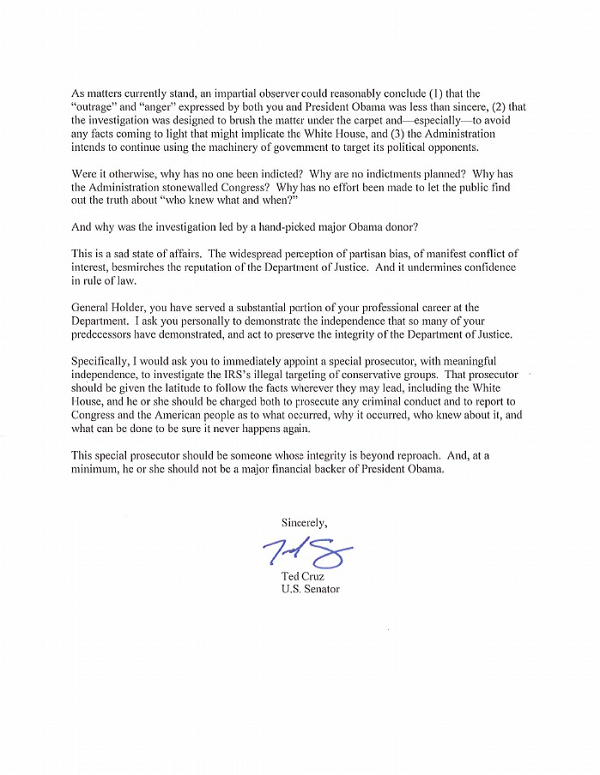 My speech at CPAC was entitled How We Win.  I explained that "If you want to lose elections, stand for nothing."

By contrast, you win elections by standing for principles and believing that there is a better tomorrow.

How do we inspire people? Number one we tell the truth…. The truth is Washington is corrupt. As more and more people make great wealth in Washington, young people, single moms, and small business owners suffer.  Real change is changing the corruption that is here in Washington, D.C.

Under President Obama, the American Dream is harder to achieve.  If you were to sit down and hammer the living daylights out of young people, you couldn’t do better than the Obama Administration. Obamacare is a massive wealth transfer. And who the heck is going to pay for our national debt?

We need to stop bankrupting our country. What we’re doing to our kids and grandkids is morally wrong. If we don’t change course, they will be left working to pay off the debts their parents left them with. We must turn this around.

Together, if the American people continue to rise up to speak out — to speak the truth, we can restore our "Shining City upon a Hill."

Here is my entire speech.  I hope you enjoy it, and be inspired to join me to bring freedom back to America.