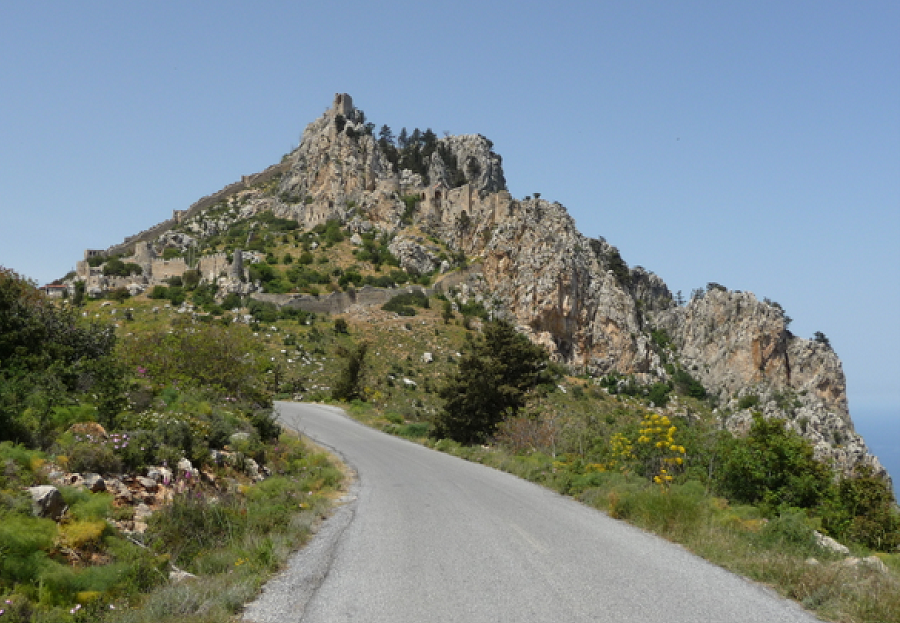 This is the ruins of the Castle of St. Hilarion in Northern Cyprus.  In 1191, the Byzantine ruler of Cyprus made the mistake of capturing a ship carrying Princess Berengaria of Navarre and held her hostage.  She was the fiancée of England’s King Richard the Lion-Heart.  You don’t do that to a guy nicknamed Lion-Heart.

Richard proceeded to conquer the whole island and turned it over to a group of French Catholic knights led by Guy de Lusignan.  The knights built a series of fortified castles around the island to ward off the Moslem “Saracens.”  The most spectacular was atop a vertiginous crag high above the port of Kyrenia named after a crazy hermit who lived near there whom the knights dubbed St. Hilarion.

When Walt Disney was making his classic Snow White and the Seven Dwarfs in 1937, he chanced upon pictures of St. Hilarion’s Castle, which his imagination transformed into the fairy tale castle of the movie.  Can you see how he got the idea?

In the castle museum, there’s an explanation with some of Disney’s original sketches based on St. Hilarion’s.  Disney was an imaginative genius. (Glimpses of Our Breathtaking World #139 Photo ©Jack Wheeler) 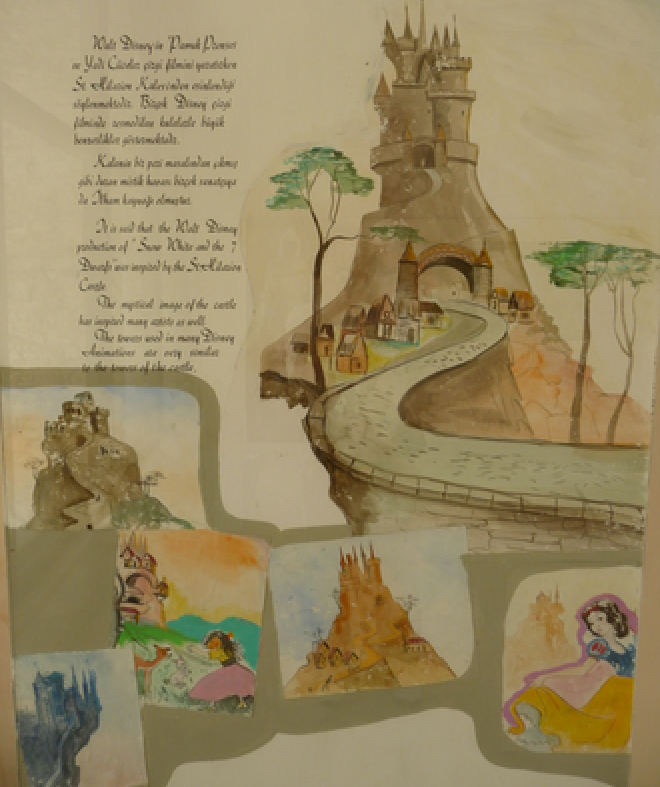