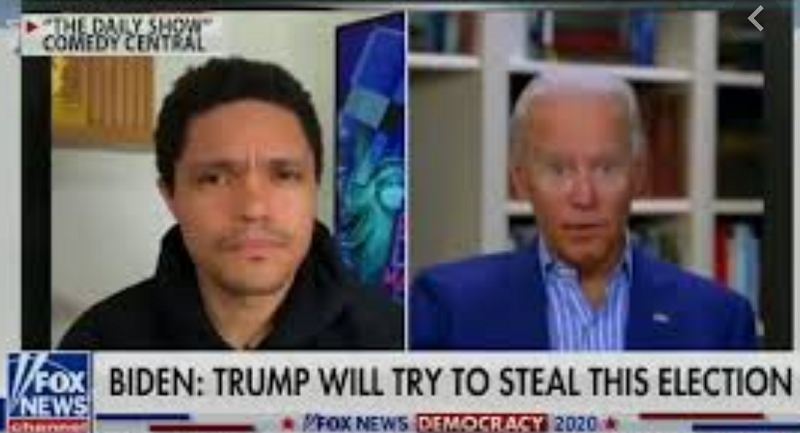 They are literally destroying everything they can to make you pay the price for rejecting them. So what we have here is a montage of the Democrats and the Drive-Bys talking about Trump preparing to steal the next election using federal troops.

MAXINE WATERS: When he tells you, he cannot commit, uh, to stepping down, believe him. These federal agents — unidentified, in unmarked cars — are they in practice for what they’re going to do when they resist, uh, the fact that this president, perhaps, is not going to be re-elected?

JOHN HEILEMANN: A genuine attempt to — through intimidation and potentially through force, to — try to steal this election. This is a dress rehearsal, a trial run for first an attempt at voter intimidation on Election Day…

SUNNY HOSTIN: We are going down this slippery slope and (crosstalk) we have the actions of a dictator!

MAUDE BEHAR: This is part of Putin’s plan that Trump is going along with.

CHUCK SCHUMER: I’m very worried. They did it before.

DICK DURBIN: The Trump administration would follow the example of Vladimir Putin, with these so-called green monsters who would arrive without any insignia or any indication of who they were fighting for.

Stephen Colbert, jackbooted thugs, the Trumpstapo? He’s a comedy guy, supposedly. There’s nothing funny about what these people are lying about.

Sunny Hostin: We are going down a slippery slope. We have the actions of a dictator. There’s not a single thing they’ve accused Trump of yet that has been true.

Joy Behar, whose IQ would fit in a thimble. This is part of Putin’s plan that Trump is going along with? Does she not know what the Mueller report said? And I only mention that because Mueller was her god. I mean, this is just — as I say, it’s difficult to react to this in a civil way.

Chuck Schumer: I’m very worried. They did it before.

They know he can’t beat anybody. They know that they’re going to lose. They are now setting up the excuses in advance. Trump cheated. Trump used voter intimidation. Trump has corrupted the electoral system. Meanwhile, they are putting out all the polls that show Biden winning by 13, by 12, by 10, by whatever, making it look like it’s a slam dunk win for Biden.

Why are they doing this?

On one hand over they’ve got Biden winning big, all the polls that they trust and believe. On the other hand, Trump tampering with the election? Why? Isn’t it irrelevant?

“Well, no, Mr. Limbaugh this is the point. You see what’s happening, Trump knows he’s going to lose and so he’s already tampering with these things. It would destroy Biden’s leads in the polls.” Nah. These two things don’t go together, not by people confident they’re going to win.

Because you’re just destroying your own guy’s big win when you do it.

PELOSI: This president, I have a new name for him. Mr. Make Matters Worse. He has made matters worse from the start. Delay, denial, it’s a hoax, it will go away magically, it’s a miracle, and all the rest. And we’re in this situation that you spelled out some of the numbers very clearly early. So it makes matters worse. Now they want to send our children to school.