TTP 2021 AND THE DEMOFASCIST PARTY 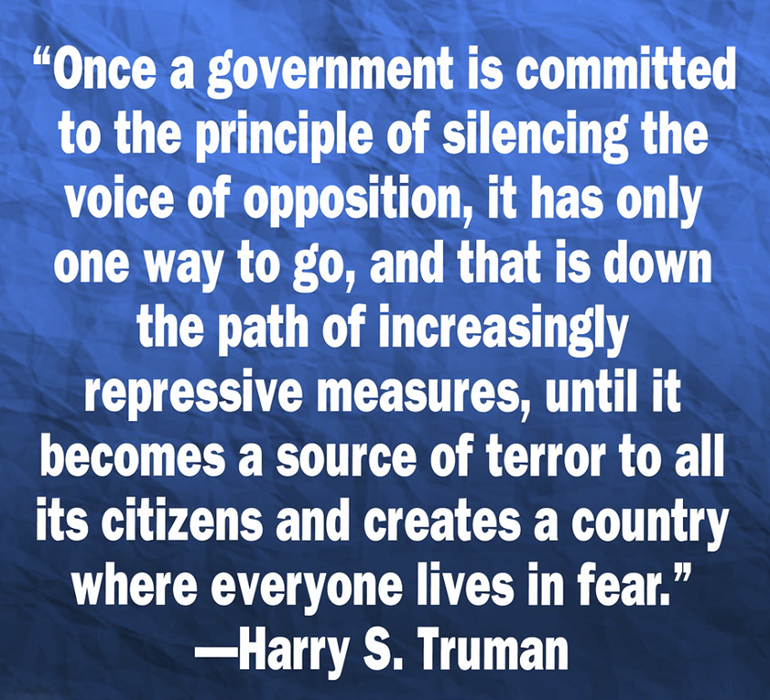 “Inside everyone on the Left is a Totalitarian Fascist screaming to get out.”

It’s an observation that’s been around for years – and in a blink of the eye over the last few days, it suddenly became blindingly true for all to see.  You’ve seen this meme featured on many sites including TTP.  Now we know how frighteningly true it is: 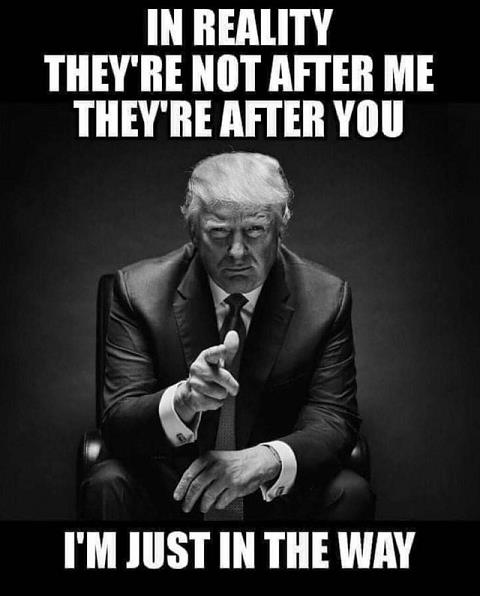 There are two different strategies on how to deal with this.  They are not necessarily mutually exclusive.  It’s possible to follow both if carefully done, emphasizing one or the other to varying degrees depending on circumstances.

The first can be done.  It is very rare and takes a lot of luck.  I had the incredible luck to have a substantive role in the effort to win the Cold War by getting rid of the Soviet Union as a nation-state by collapsing in upon itself.  That did change the world and the lives of hundreds of millions for the immensely better.

Donald Trump tried to win the Deep State’s Cold War upon America – all by himself.  He has now lost the first battle of this war, primarily because of betrayal.  The list of those who should have been his allies but betrayed him instead through venality or cowardice is very long.

Starting with Paul Ryan and Jeff Sessions, going through John Kelly, H.R. McMaster, James Mattis, ending now with Bill Barr, Mitch McConnell, the SCOTUS Cowards of Barrett, Gorsuch, & Kavanaugh too yellow to stand up to Roberts, and the final betrayal of Pence – the list goes on and on.

It is an ancient saga of the Hero alone and betrayed.  It is the moment in every Hollywood Action Hero movie you’ve ever seen when the hero seems doomed and defeated.

In Hollywood, the reversal from doom to triumph is instantaneous, like Mel Gibson’s in The Patriot:

But that’s Hollywood.  The reality is that we and our POTUS have lost a battle, a critical battle, but not the war for the war continues.  And now, in just these last few days by the acts of our enemies, the stakes have crystalized, being made clear with their fascist evil impossible to ignore.

We are only midway into the saga.  While we await the next moves by the Hero, to see what he has learned from this battle defeat to how better to win the next, we at TTP will employ the second strategy – how better to protect ourselves from the coming fascist onslaught.

Thus in the coming months there will be a strong emphasis on Plan B 2021.

There will be articles on the importance of relocating to a safer jurisdiction, such as Red Counties with a Castle Doctrine.  Take Skye’s advice on the Forum for example:

“There are places in rural Nevada where there is no land use planning, no zoning, no building permits, no business permits, and no mask and lockdown enforcement. I have run three businesses for three decades without ever having to get a single permit.  If you are in the right place, you don’t need no stinking permits!

Especially, look for a place where there is a strong Castle Doctrine law – not just stand your ground, but where it is legal for one to use lethal force to protect their property.  In such places, having to protect your property is very rare.

Where I live, there has never been a hot burglary – in well over a century.  We don’t even have a graffiti problem.  If looters from the big city every try to riot here, it will be a replay of the Great Northfield Raid but with rifles with 30 round magazines behind every window.  But first the looters would have to get past a pair of .50 caliber water cooled Browning machine guns guarding a mountain pass.  Ain’t gonna happen…”

We’ll be talking about getting out of Dodge entirely, building a Freedom Community in another country with First World amenities.

Plus many a discussion of financial protection from Demofascist economic collapse and subsequent fascist controls over every aspect of your finances.  For example, you’ll be hearing a lot about DeFi (yes, pronounced defy), Decentralized Finance and the coming flat-out war between cryptocurrencies and government determination to control or destroy them.

In other words, we’ll be focusing on personal and practical ways you and your family can live more freely in an increasingly unfree world.

TTP will not be caught in an endless loop of whining and ranting about the fascisti, but will be about creative solutions to thwart them.   Here we go – welcome to TTP 2021.